A passenger on the New York subway was killed when he was dragged into a tunnel by a piece of his clothing getting stuck in a moving train.

The subway rider was pulled under the vehicle by either his clothes or a bag strap at Grand Central Terminal in Midtown Manhattan on Tuesday night, police said.

He was dragged down the platform onto the tracks, then into a staircase where he struck an electric power box, police told . 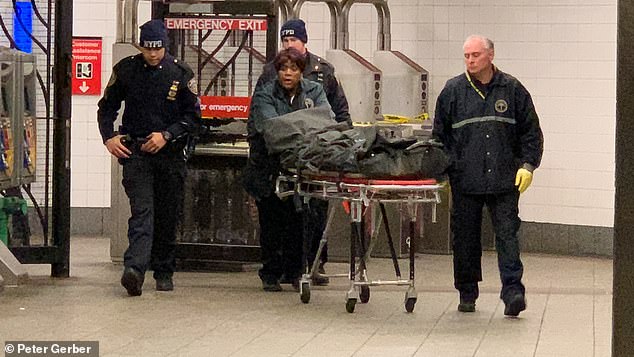 The passenger was killed after his clothing or a bag strap got caught in a moving subway train. He was pronounced dead at the scene and his body was taken from the station on a gurney 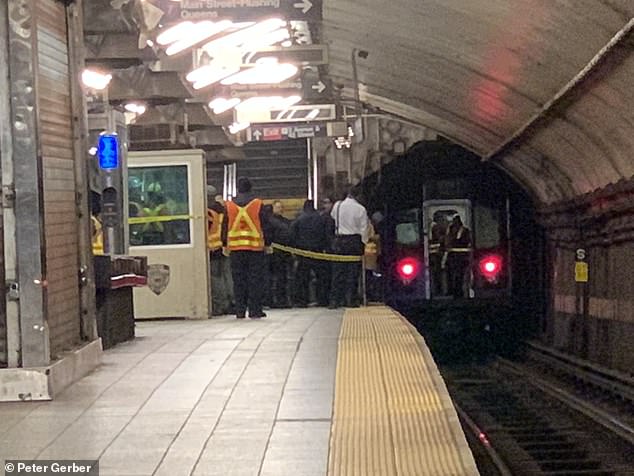 As he struck the box he set off a flash that caught the attention of train operators and forced them to stop the train, an official told the .

The 39-year-old victim was found in the East River tunnel of the Number 7 train on the Queens-bound side just outside the station, the Metropolitan Transportation Authority (MTA) said.

Moments before being struck by the train, the man was seen walking on the yellow caution line along the edge of the platform at around 7.20pm, the New York Times reports. 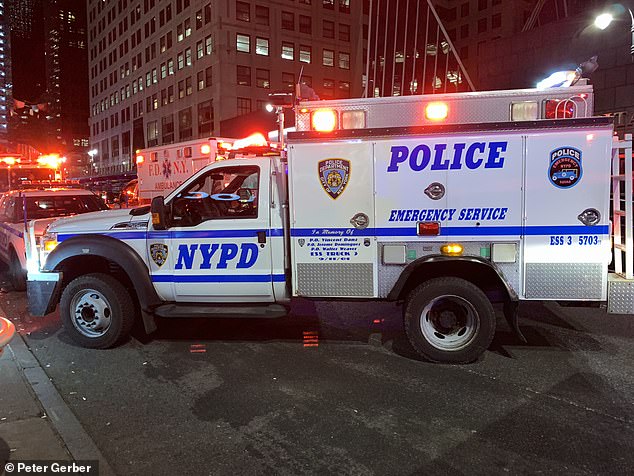 When police arrived at Grand Central Terminal in Midtown Manhattan, the victim was found ‘unconscious and unresponsive with severe trauma to the body’, police said 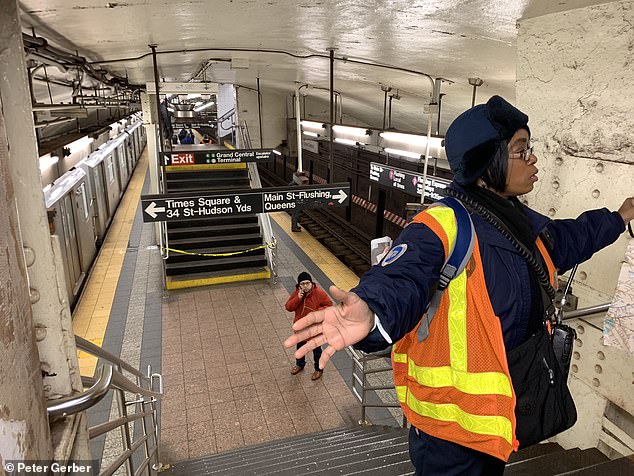 When police arrived, the victim was ‘unconscious and unresponsive with severe trauma to the body’ the New York Police Department said in a statement.

He was pronounced dead at the scene by paramedics, officials said.

Police are investigating whether or not the man was intoxicated, the  reports.

He has has not yet been identified by official sources.

The MTA said on Twitter last night that the train suffered ‘a mechanical problem as a result of the impact’.

Service on the 7 train was suspended for hours as the emergency services closed off the tunnel and attended to the scene. 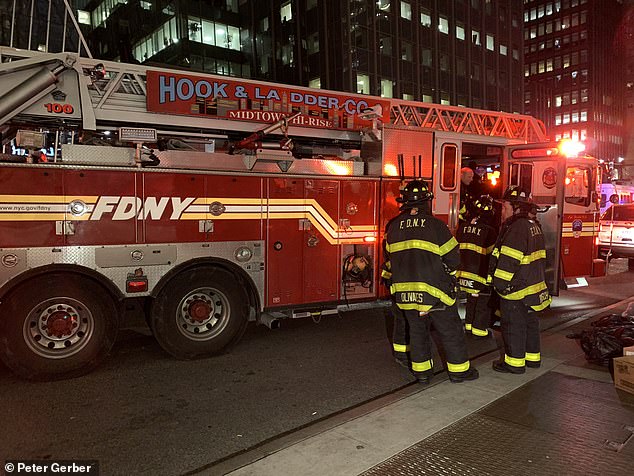