Danny Dyer has waded into the Shamima Begum controversy by suggesting the teenager should be allowed back into the UK.

The EastEnders star said the runaway schoolgirl must have been ‘lost within her soul’ to go to Syria.

The 41-year-old told Good Morning Britain that Begum, now 19, must have had ‘no guidance, clearly, because if you think about it … How has it got into her head that going to Syria at 15 years of age is the answer, when she lives in this country?’

‘What is that about? So who’s there to guide her, talk to her? Why is she so lost within her soul that she thinks that’s the answer, to go to Syria?’ he said.

And Dyer, who plays Queen Vic landlord Mick Carter in the BBC soap, said: ‘I don’t understand what’s gone on there and now she wants to come back.’ 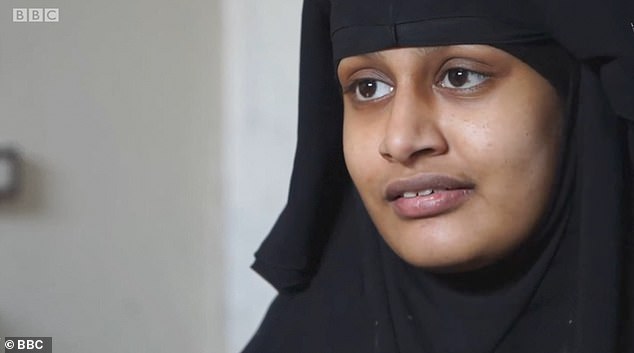 Shamima Begum, pictured today in a BBC interview, has begged to be allowed to return to Britain 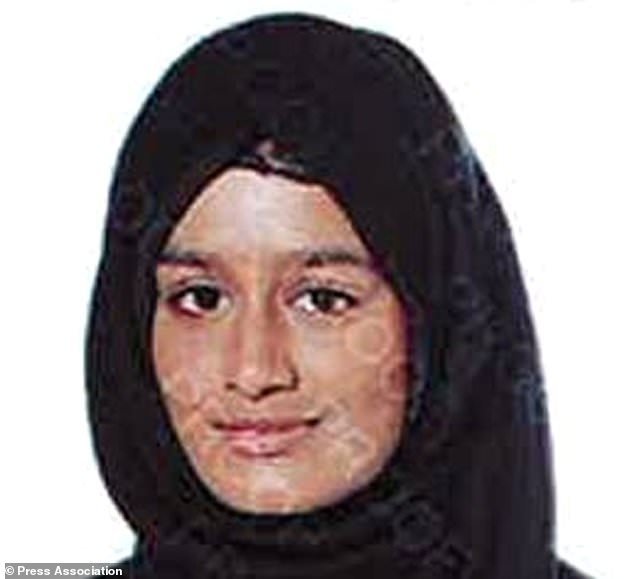 Asked whether the UK should allow back Begum, who has given birth to a baby boy, Dyer replied: ‘Yes, because I feel she needs a chance, maybe to explain what was going on and maybe we can understand a little bit more about how they got to her and how she felt it was the right move to jump on a plane and leave this country at 15 years of age.

‘She is still a young girl – who was looking after her? Maybe we can learn from it.’

When the ITV show’s stand-in host, Richard Madeley, said Begum would not have gone to Syria without the ‘game-changer’ of the internet, Dyer replied: ‘We’ve all got the internet, Rich. Are you thinking of going to Syria? Seriously.’

Dyer’s comments come amid intense wrangling over whether Shamima should be allowed to return to Britain.

As a 15-year-old, she fled her Bethnal Green home to travel to Syria, where she married an ISIS fighter. She had two children who died as infants.

She was found last week, living in a refugee camp in Syria, heavily pregnant and wishing to return to her former live.

She gave birth to her third child at the weekend, a son she has named Jerah, in what historians have interpreted as a reference to Abu Ubaidah ibn al-Jarrah, a 7th century Islamic warlord.

Today shrugged off the murders of British terror victims as she claimed they were ‘retaliation’ for the war being fought against ISIS.

Confronted over the ISIS-inspired attacks which have killed scores in the UK in a new interview today, the 19-year-old stuttered: ‘I was shocked but… I just couldn’t… I didn’t know about the kids actually but.. I don’t know.’

When again challenged to apologise by the BBC’s Quentin Somerville, she equated the terror attacks in Britain with the war being fought between the Assad regime and ISIS militants.

The picky women of Take Me Out reveal what they DON'T want in a boyfriend
Cheeky gorilla winds up his poor father who isn't having any of it
Thousands of yellow vest protesters take to the streets across France for a 15th weekend running
Queen is seen with Prince Philip for first time since car accident
Doctors trial new ten-minute MRI scan to check for prostate cancer
New figures show 90,000 five-year-olds will start school this year without having measles jabs
Prince Harry puts private jet storm behind him as he attends the Rugby League Challenge Cup Final
Jacob Rees-Mogg and his family take to the streets of his constituency after Grenfell controversy