As of Sunday, acting US Defense Secretary Patrick Shanahan says he will will start reviewing and cutting military programs to source potential funding for ‘s border wall.

Trump declared a national emergency on Friday in a bid to bypass any further congressional debate and immediately secure federal funds to accelerate the wall’s construction.

During A 35 day government shutdown, Democrats previously refused to acquiesce to the President’s $5.7 billion demand, but he’s now expect to reap as much as $8 billion in funding.

The administration has said that $2.5 billion of that amount will be sourced from military narcotics funding, and at least an additional $3.6 billion will be relinquished from the military construction budget. 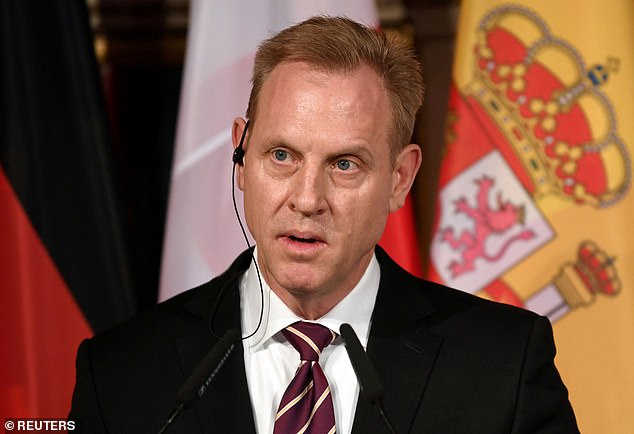 But to reporters on Saturday, the former Boeing executive insists the ultimate decision rests with him, not the President.

‘I think I have a lot of discretion,’ said Shanahan, who took up the role on January 1 after General Mattis retired. ‘I’m not required to do anything.’

He added: ‘You can trust the numbers in terms of the potential. Then you gotta marry it up with where the money was spent.’

One area that won’t be taken be reviewed for cut-backs is military housing, Shanahan revealed.

The interim Defense Secretary must also determine whether the use of the armed forces is justified in relation to Trump’s border declaration.

‘There have been no determinations by me, so that’s what I’ll be doing tomorrow,’ her said.

‘But I just want to make a point of this: we are following the law, using the rules, and we’re not bending the rules.’ 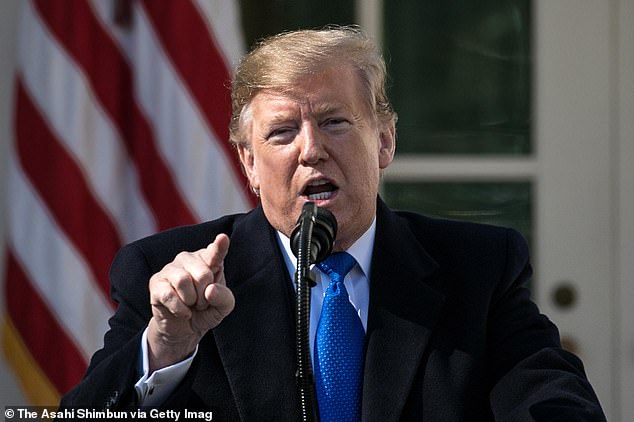 Trump declared a national emergency on Friday in a bid to bypass any further congressional debate. During the partial government shutdown beginning in December, he had demanded $5.7 billion in funds. That number could now rise to $8 billion 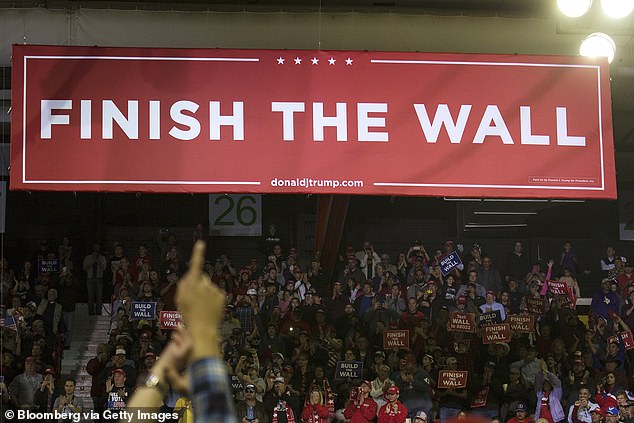 $2.5 billion of the fund will be sourced from military narcotics funding, and around $3.6 billion will be from the military construction budget

President Donald Trump announced a national emergency on the border on Friday, amid a bitter standoff with Congress.

The declaration was signed behind closed doors prior to a Rose Garden announcement.

‘We’re going to be signing today, and registering, national emergency. And, it’s a great thing to do, because we have an in of drugs, invasion of gangs, invasion of people, and it’s not acceptable,’ the president said.

The announcement was met with a slurry of criticism from lawmakers and politicians, who accused Trump of over-stepping his constitutional bounds.

Trump is declaring a national emergency to bypass Congress, to build a wall we don’t need, to address a crisis that doesn’t exist, by claiming an authority he doesn’t have.

If that sounds like nonsense, it’s because it is. It’s also plainly unconstitutional. 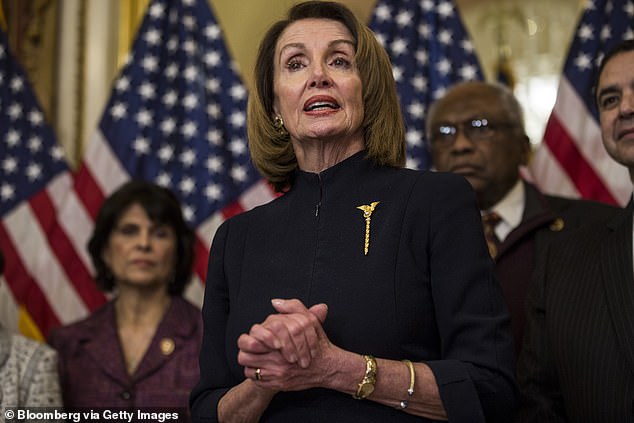 Trump’s emergency declaration was met with a slew of criticism and opposition from politicians. Nancy Pelosi (above) and other lawmakers have threatened to sue the President

‘Trump is declaring a national emergency to bypass Congress, to build a wall we don’t need, to address a crisis that doesn’t exist, by claiming an authority he doesn’t have,’ tweeted California Representative Adam Schiff.

‘If that sounds like nonsense, it’s because it is. It’s also plainly unconstitutional,’ he added.

Congresswoman Maxine Waters called upon people across the country to hold rallies in protest of what she calls President Donald Trump’s ‘fake emergency powers.’

‘It’s time for everybody to stand up. All hands on deck to refuse this president these fake emergency powers that he would like the have,’ Waters said on Friday in an interview with MSNBC.

‘And so I’m urging everybody get together —rally in every community across this country all this weekend, send a message to Washington, D.C., ‘No, Mr. President, we’re not going allow you to do this,” the California Democrat continued. 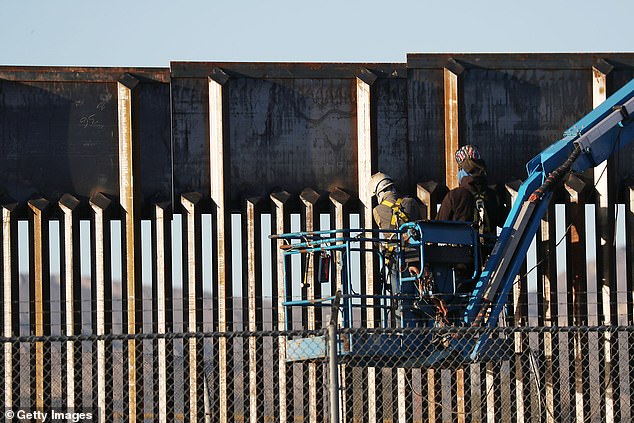 Shanahan must also determine whether the use of the armed forces is justified in relation to Trump’s border declaration (pictured: construction workers continue with the border wall erection in El Paso, Texas on February 12, 2019) 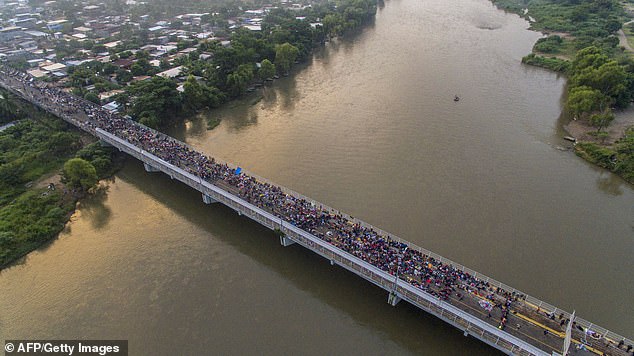 The President enacted the National Emergency Act, citing border and immigration crises (pictured:  a Honduran migrant caravan heading to the US, on the Guatemala-Mexico international border bridge in Ciudad Hidalgo, Chiapas state in October, 2018)

Court battles are anticipated over the emergency declaration, which Trump predicted his administration would successfully defend before the Supreme Court.

The American Civil Liberties Union announced its intention to sue less than an hour after the White House released the text of Trump’s declaration.

Nonprofit watchdog group Public Citizen filed suit later, urging the U.S. District Court for the District of Columbia to ‘bar Trump and the U.S. Department of Defense from using the declaration and funds appropriated for other purposes to build a border wall.’

Since 1979, there have been 58 national emergency declarations, and 31 are still in effect, including a 1996 measure regulating boat traffic near Cuba.

Emirates flight is quarantined at JFK after 10 passengers fall ill
Proposal on Colorado peak leads to couple's altitude issues
Charles Haywood arrested for punching passenger at Atlanta airport
Russian bots target British teenagers using celebrities like Emma Watson
Toddler, 2, dies after accidentally shooting himself with a gun he found in a family friend's home
Booker admits it will take a lot longer for Medicare for All, would mull emergencies if they come up
Australian dietitian Susie Burrell reveals top tips for burning belly fat fast
Anti-ageing power of 'citrus caviar' found in finger limes become the latest must have