Congresswoman Maxine Waters has called upon people across the country to hold rallies in protest of what she calls President ‘s ‘fake emergency powers.’

‘It’s time for everybody to stand up. All hands on deck to refuse this president these fake emergency powers that he would like the have,’ Waters said on Friday in an interview with MSNBC’s Chris Hayes.

‘And so I’m urging everybody get together —rally in every community across this country all this weekend, send a message to Washington, D.C., ‘No, Mr. President, we’re not going allow you to do this,” the Democrat continued.

Trump on Friday declared a national emergency along the southern border, in a move to secure more money for his long-promised wall. 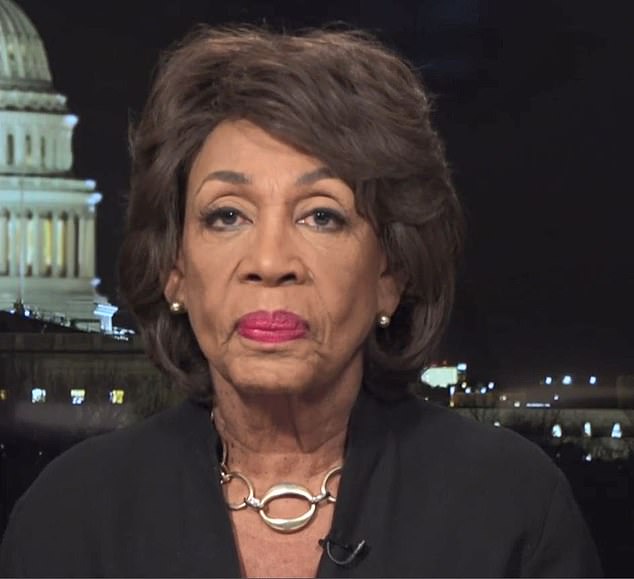 ‘It’s time for everybody to stand up. All hands on deck to refuse this president these fake emergency powers that he would like the have,’ Waters said on Friday to MSNBC 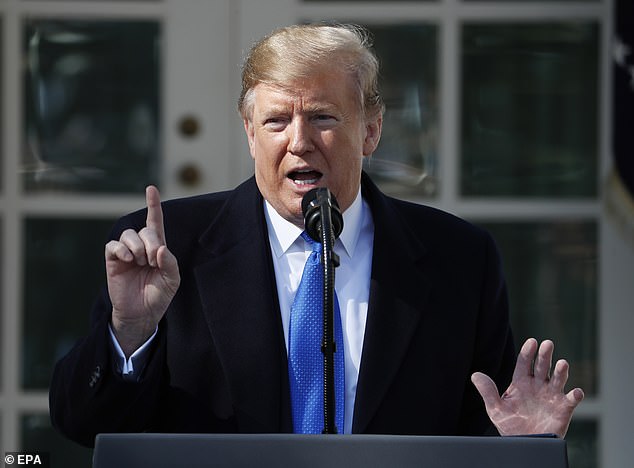 Trump on Friday declared a national emergency along the southern border, in a move to secure more money for his long-promised wall

Since 1979, there have been 58 national emergency declarations, and 31 are still in effect, including a 1996 measure regulating boat traffic near Cuba.

Speaking with Hayes, Waters predicted that even Trump’s supporters would find his emergency declaration a bridge too far.

‘I really expect we’re going to have a growing number of Republicans that are going to join with us in this disapproval,’ she said.

‘Yes, they’re concerned if a Democratic president gets elected then they can use emergency powers to do a lot of the things they don’t like.’

She also reiterated her call for Trump’s impeachment. ‘This president has committed obstruction of justice right before our very eyes,’ she said. ‘He is dishonorable. He does not deserve to be president of the United States.’

Waters said that Trump ‘loves Putin’ and that ‘they conspired to get Trump elected’ so that Russia could ‘drill into the Arctic.’ 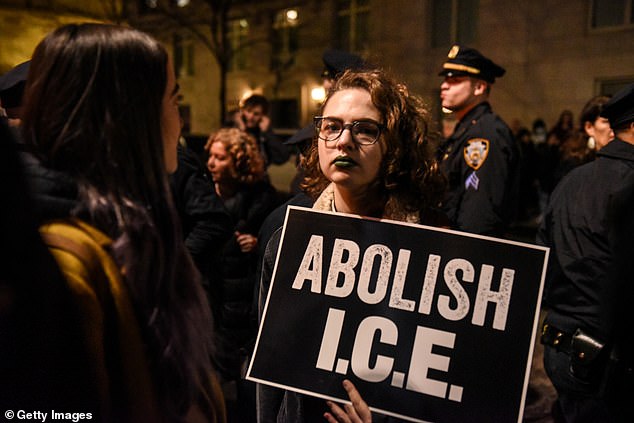 People hold signs that read ‘Abolish I.C.E.’ in front of Trump International Hotel on Friday in New York City. The group is protesting Trump’s declaration of a National Emergency

As of Saturday, it was unclear whether Waters had inspired Americans across the nation to take to the streets in protests.

On Friday night, there were protests outside of the Trump International Hotel & Tower in Manhattan, which bears the President’s name but is owned by other investors.

Protesters outside the Columbus Circle hotel held signs with slogans such as ‘Abolish I.C.E.’ and ‘Trump Is The Emergency.’

Several people were arrested, but the NYPD wasn’t immediately able to say how many people were taken into custody.

Video shows protesters going peacefully with their hands zip-tied behind their backs as officers lead them to police vans. They’ll likely be charged with disorderly conduct and blocking traffic. 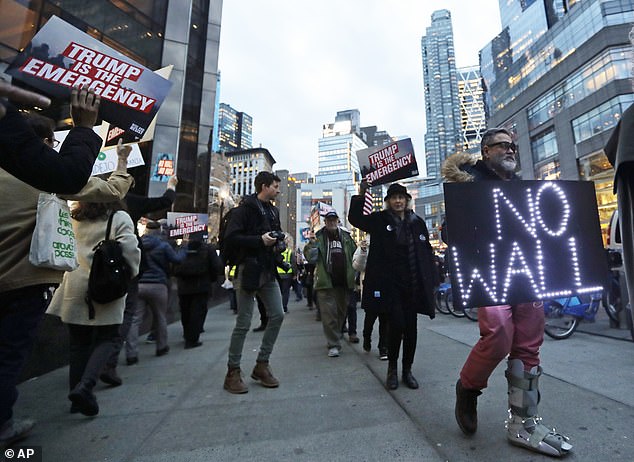 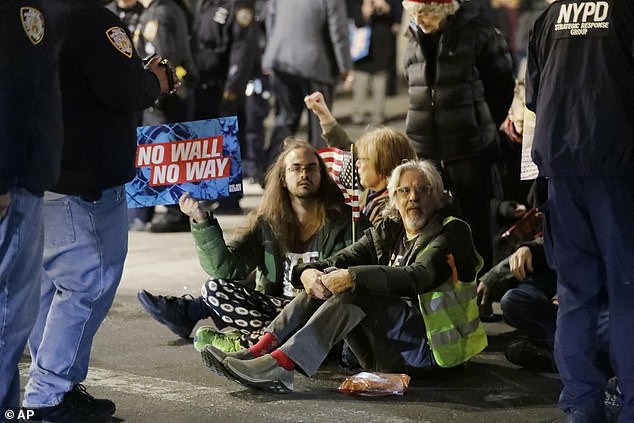 Protesters blocked traffic near Columbus Circle while rallying against the emergency

Court battles are anticipated over the emergency declaration, which Trump predicted his administration would successfully defend before the Supreme Court.

The American Civil Liberties Union announced its intention to sue less than an hour after the White House released the text of Trump’s declaration.

Nonprofit watchdog group Public Citizen filed suit later, urging the U.S. District Court for the District of Columbia to ‘bar Trump and the U.S. Department of Defense from using the declaration and funds appropriated for other purposes to build a border wall.’