Alexandria Ocasio-Cortez came under fire Friday after it emerged she has given her boyfriend Riley Roberts a congressional email account.

The congressional newcomer was forced to defend her actions on and insisted it’s only so he can look at her calendar.

He tweeted: ‘While you were having a nice Valentine’s Day, @AOC decided to put her boyfriend on staff – drawing a salary on the taxpayer’s dime. Nice to see her adapting to the swamp so quickly.’

But AOC hit back, writing: ‘Actually this cal designation is a permission so he can have access to my Google Cal. Congressional spouses get Gcal access all the time.

‘Next time check your facts before you tweet nonsense.’ 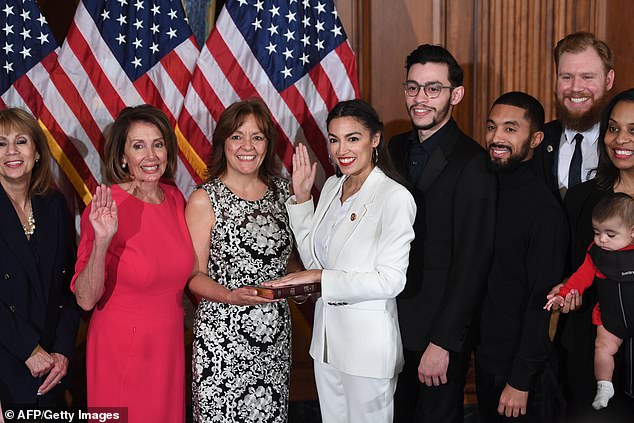 Speaker of the House Nancy Pelosi performs a ceremonial swearing-in for US House Representative Alexandria Ocasio-Cortez. She was joined by Riley Roberts, third from right 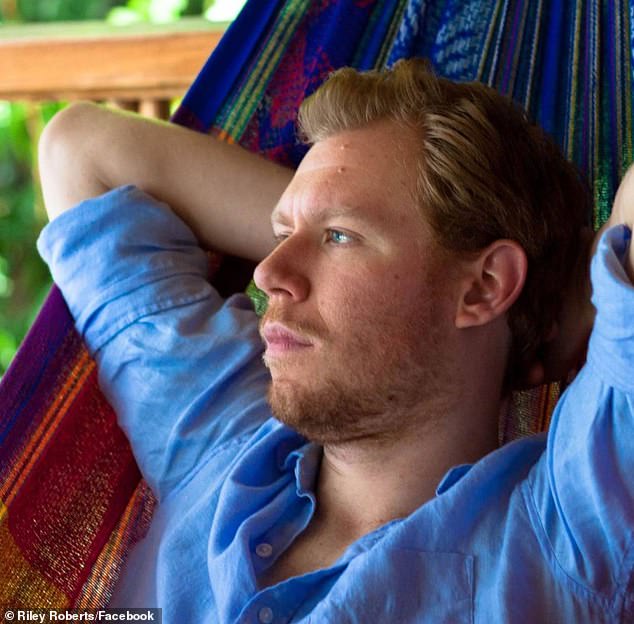 Riley Roberts, AOC’s boyfriend, has a congressional email account to ‘check her calendar’ 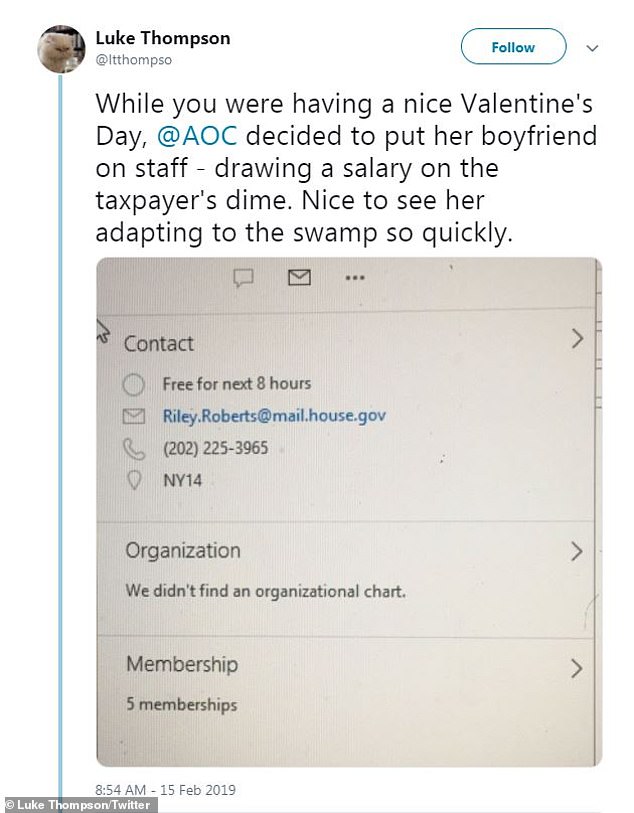 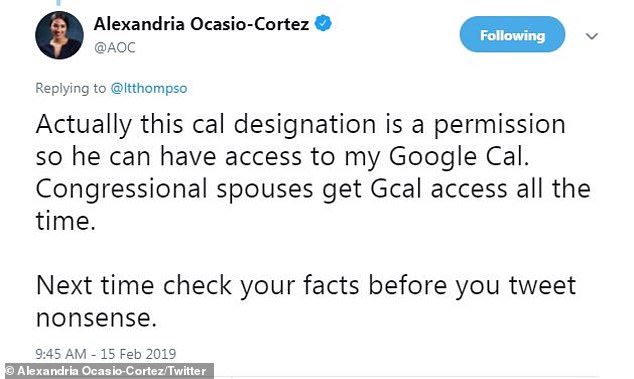 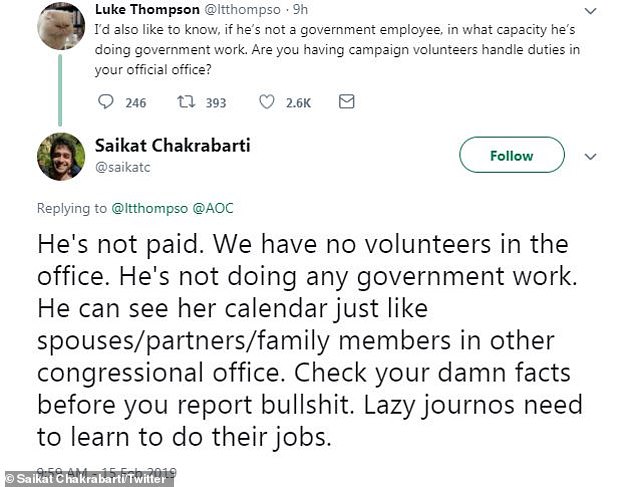 WHO IS RILEY ROBERTS?

Robert Riley is the head of marketing at HomeBinder.com, according to Marie Claire. He also works with tech startups.

Riley from is Boston, Massachusetts and is reported to have gone to uni there, too.

He was pictured at her swearing in, telling the New York Post it was ‘a really incredible day, really special’.

They lived together in the Bronx before moving to Washington D.C.

Her chief of staff Saikat Chakrabarti also argued the move was normal for a spouse or partner.

He wrote: ‘He’s not paid. We have no volunteers in the office. He’s not doing any government work. He can see her calendar just like spouses/partners/family members in other congressional office.

‘Spouses and partners normally get http://mail.house.gov e-mail addresses for the purpose of getting calendar access.’

And spokesperson for the Office of the Chief Administrative Officer, David O’Boyle, told : ‘From time to time, at the request of members, spouses and partners are provided House email accounts for the purposes of viewing the member’s calendar.’

As news of her boyfriend’s email was shared online Jason Chaffetz, former chairman of the House Oversight Committee, told Fox: ‘It’s totally naive and inappropriate – you wouldn’t allow it in most companies, let alone the House of Representatives. There should be real consequences.

‘When I was in the House, my scheduler would forward my wife my schedule once a week. But you’re not allowed unfettered access. And he isn’t even her spouse. It should be referred to the ethics committee for further investigation.’ 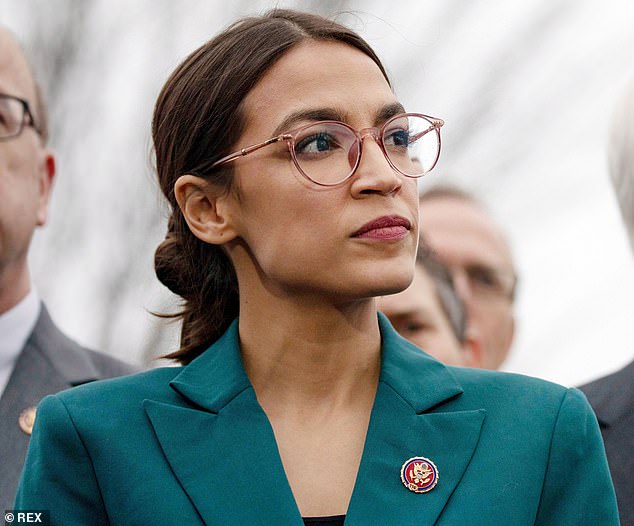 Alexandria Ocasio-Cortez, 29, remained outspoken on the deal since its announcement in November. Now Amazon blame her rhetoric for foiling their plans

It comes on the day Amazon hit-out at Ocasio-Cortez and her Democratic peers for creating an unjust hostile ‘environment’ that led to the withdrawal of their New York headquarters plan.

The online retailer announced on Thursday that they were pulling the plug on their proposal to create a second headquarters in New York’s Long-Island City.

Speaking out about the withdrawal on Friday, Amazon’s head of policy communications, Jodi Seth, pointed blame at Ocasio-Cortez and her anti-Amazon rhetoric.

Seth said it wasn’t ‘any one incident’ but months of vitriolic political discourse – perpetuated by the likes of AOC – that ultimately resulted in the company’s decision to look elsewhere for a new branch to its Seattle base.