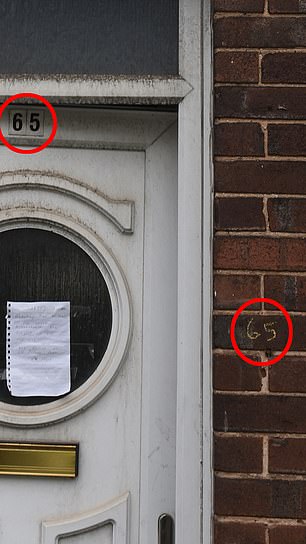 Chalk markings found outside the homes of three elderly men murdered by a suspected mass killer have raised fears they were the targeted victims of burglars or drugs gangs.

Anthony Payne, 80, was discovered dead at his house on Monday afternoon before the bodies of identical twins Dick and Roger Carter, 84, were found at their property a mile away less than 24 hours later.

Police believe the killings in Exeter are linked. They have arrested a 27-year-old man on suspicion of murder. Officers say there are no known associations between the victims and the suspect.

However, pictures show similar chalk markings were left near the entrances to both houses.

Police have previously warned that chalk symbols – dubbed the ‘Da Pinchi Code’ – are used by burglars or gangs running ‘county lines’ drug dealing operations to communicate with each other and let each other know which properties are easiest to target.

Outside Mr Payne’s property the number ‘65’ was seen scrawled on the wall next to the front door. At the Carters’ home ‘5C’ has been written in chalk next to the gate.

Detectives said the type of injuries sustained, the age of the victims, and the ‘presentation of the properties’ had led them to believe it was a ‘single multiple murder investigation’.

Yesterday locals said they were ‘worried to go out’ due to concerns about rising crime in the area, including elderly people being targeted by burglars.

Brian Bessent, 76, said: ‘There has been an influx [of] crime. I’ve been broken into twice and I only live a little way away [from the Carters].

‘About 18 months ago I was watching television and I saw some young people looking at a bungalow opposite me. They had an iron bar and they were trying to break in to the house.

‘At least four people have had someone trying to break into their property in the past 18 months.

‘My wife wouldn’t go out on a Saturday night any more because she doesn’t feel secure. There are drug addicts and drunks. It’s not pleasant.’

One local said: ‘It’s a known fact the public toilets opposite the Carters’ house are used as a drug pick-up point.’

Neighbours of Mr Payne said he had been ‘unhappy’ at his house and was looking for alternative accommodation amid concerns he was being taken advantage of. 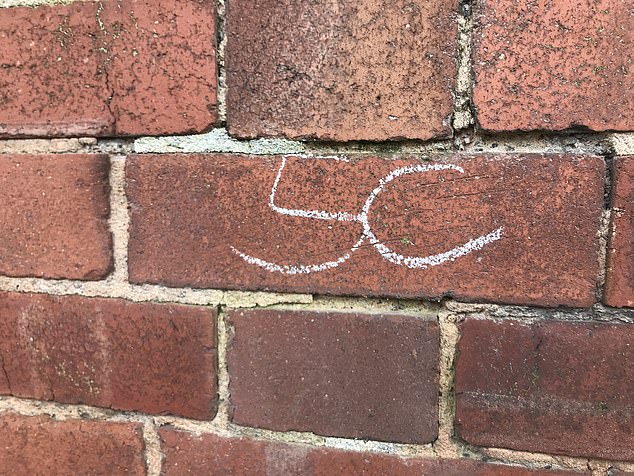 … and another one by the gate of the Carter twins

Tonya Parsons said: ‘There was trouble at that house. You never used to hear anything really and then in the past few months there was lots of bother there.

People shouting, coming in and out at weird hours. I did not really think too much about it other than hearing he wanted to move.’

A police spokesman, when asked if ‘cuckooing’ – where drug dealers take over the homes of vulnerable people as a base for their activities – was a line of inquiry, said only: ‘No clear motive has been established.’

But, two days on from the arrest, they added there was still ‘no clear association or motive’ between the suspect and the victims.

Detectives have attempted to interview the 27-year-old man in custody but due to ‘various issues’ have been unable to.

Automotive smashes into damaged down truck - sending tyres and crumpled steel flying
Paul McCartney claims John Lennon only ever complimented him ONCE
Whelan reflects on Republic of Ireland career ahead of...
James Bond 25 'still doesn't have a script or title' despite official cast and crew being confirmed
'Britain's strictest head teacher' moves abroad as she slams parents
American Airlines flight emergency landing in Denver passenger smoking cigarettes, punching seats
Volcano erupts off the coast of New Zealand on White Island, 20 people involved
Police hunting man who stabbed boy in front of his mother