The top U.S. general in the Middle East says he would have counseled against pulling forces out of had the president consulted him in advance – and that the terror group is not yet defeated.

Gen. Joseph Votel, an Army four-star who heads U.S. Central Command, made comments that were at odds with Trump’s December assertion that the U.S. and its allies had ‘defeated ‘ in Syria.

‘When I say, “we have defeated them,” I want to ensure that means they do not have the capability to plot or direct attacks against the U.S. or our allies,’ Votel told 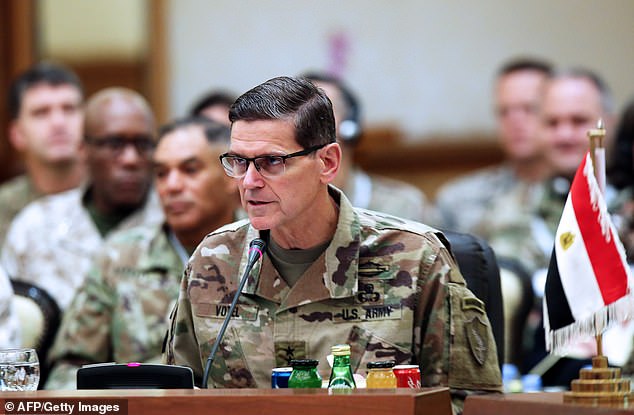 ‘They still have this very powerful ideology, so they can inspire,’ he told the network.

Votel has said previously the president did not consult him before announcing the decision to withdraw troops via Twitter. The move has earned brushback from Republican and Democratic lawmakers, who raised concerns about the U.S. abandoning Kurdish allied forces and once again giving a free hand to Syrian President Bashar al-Assad.

‘It would not have been my military advice at that particular time,’ Vogel said of the withdrawal Trump ordered.

‘I would not have made that suggestion, frankly.’ He said the ISIS-proclaimed caliphate ‘still has leaders, still has fighters, it still has facilitators, it still has resources, so our continued military pressure is necessary to continue to go after that network.’

But Votel indicated he would follow the orders of the commander-in-chief. 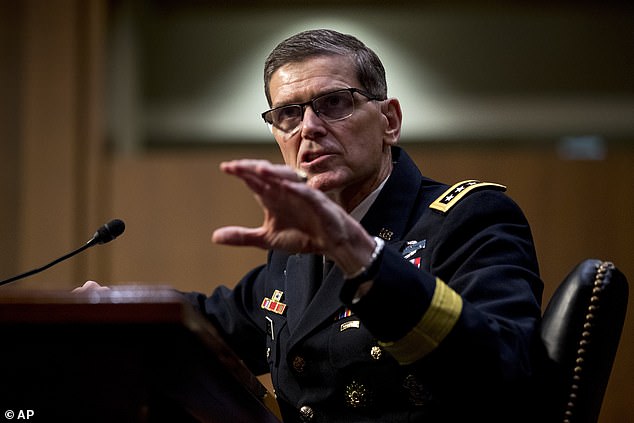 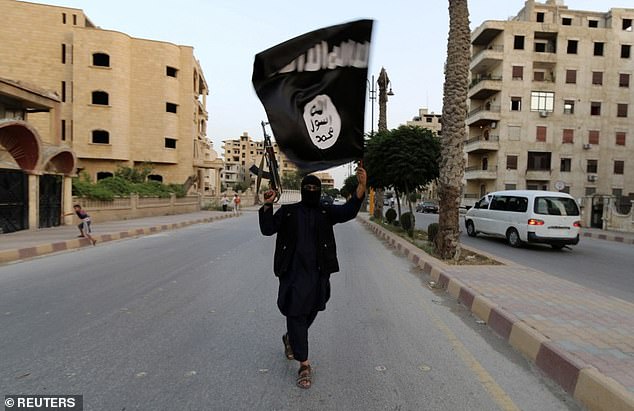 A member loyal to the Islamic State in Iraq and the Levant (ISIL) waves an ISIL flag in Raqqa June 29, 2014 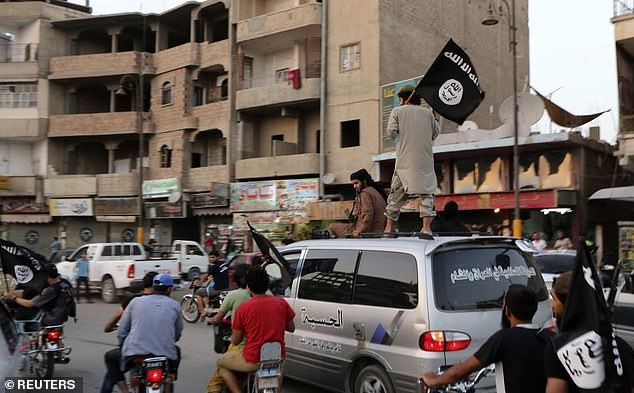 Members loyal to the Islamic State in Iraq and the Levant (ISIL) wave ISIL flags as they drive around Raqqa June 29, 2014. U.S. and allied forces continue to battle remnants of the group 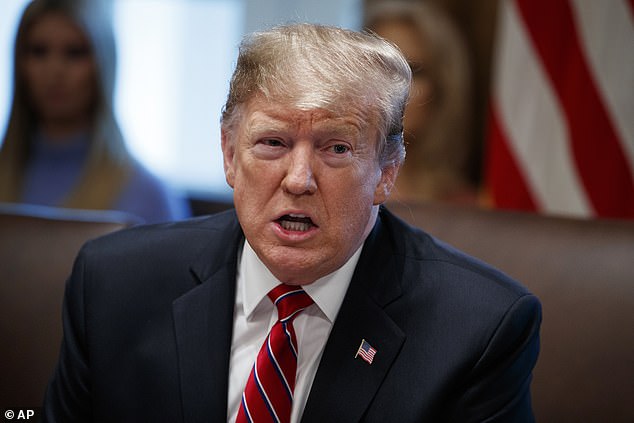 Trump tweeted in December: ‘We have defeated ISIS in Syria, my only reason for being there during the Trump Presidency.’ Although he first said there would be an immediate pullout, it has since been slowed. The U.S. has about 2,000 troops there, mainly special forces, an outfit Votel used to command.

There are still anti-Assad forces, known the Syrian Defense Forces or SDF, but they have relied on U.S. support and training.

‘They still require our enablement and our assistance with this,’ said Votel.

‘We want (ISIS) to be able to be controlled or addressed by the indigenous partners, whether that’s the Iraqi security forces in Iraq, or the Syrian Democratic Forces in Syria, that when they are capable of handing this threat on their own, without our assistance, that will be another key criteria indicating to me that we have accomplished our mission of defeat of ISIS’ he said.

On Thursday General Raymond Thomas, head of US Special Operations Command, was reluctant at a Senate hearing to say what would constitute winning in Syria.

‘I’d be hesitant to use the term winning, as opposed to the objective,’ Thomas told the Armed Services Committee, AFP reported.

He said the ‘objective is to reduce the threat in that area and to be able to maintain persistent capabilities so that an external threat cannot emanate from that in the future,’ he added. But when asked if that had happened, Thomas said: ‘I do not think we’re there yet.’