A Northeast Ohio woman was arrested and charged Wednesday in connection with the shooting death of a man she met on the popular online dating site Plenty Of Fish.

Police in Cleveland said Shakira Graham, 24, linked up with Meshach Cornwall, 27, on the matchmaking service before the pair spent the night together at his home in Garfield Heights on December 15.

Two days later, Graham returned to her date’s home where she allegedly robbed him of his guns, cellphones, gold 2009 Honda Accord and television before she fatally shot him.

A police report said the victim’s horrified mother later found her son unconscious and bleeding at the bottom of his basement stairway. 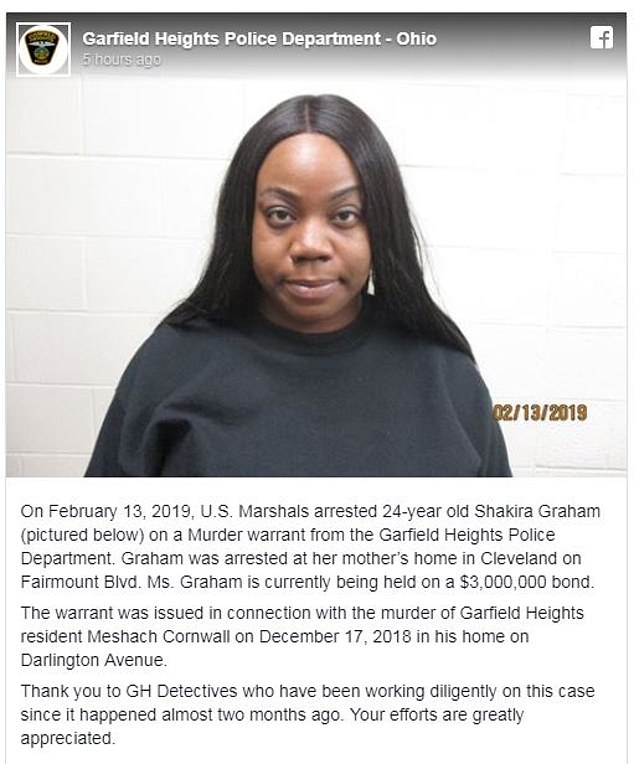 Shakira Graham, 24, (pictured) has been arrested and charged in the December shooting death of Meshach Cornwall, 27 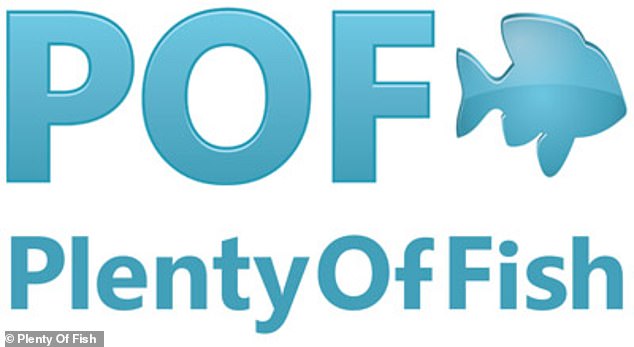 Police and firefighters in Garfield Heights determined Cornwall’s cause of death to be multiple gunshot wounds.

The suspect was taken into custody on a murder warrant Wednesday night at her mother’s home in Cleveland.

Court records said authorities had obtained an arrest warrant for Graham on January 22.

The Garfield Heights Police Department released a statement Thursday confirming members of the US Marshals task force arrested her. 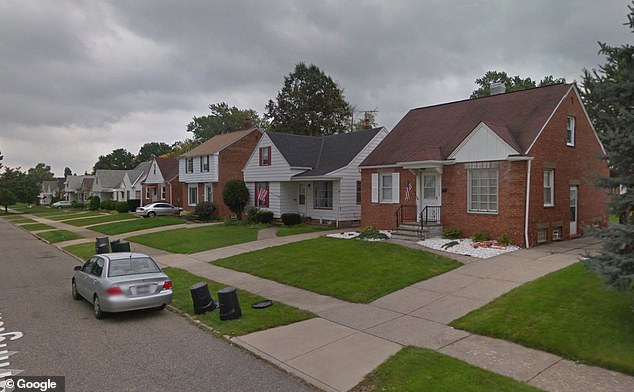 Graham spent a night at Cornwall’s home in Garfield Heights (pictured) on December 15, before she returned two days later and allegedly killed him 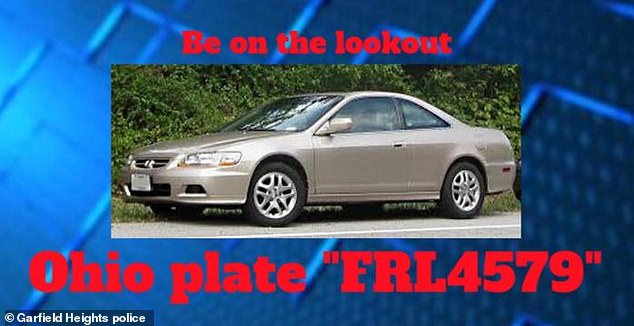 She allegedly stole guns, cellphones, a TV and this gold 2009 Honda Accord

‘Graham was arrested at her mother’s home in Cleveland on Fairmount Blvd. Ms. Graham is currently being held on a $3,000,000 bond,’ the statement said.

‘The warrant was issued in connection with the murder of Garfield Heights resident Meshach Cornwall on December 17, 2018 in his home on Darlington Avenue.

‘Thank you to GH Detectives who have been working diligently on this case since it happened almost two months ago. Your efforts are greatly appreciated.’

US Marshal Pete Elliott also thanked the Garfield Heights Police Department and his task force members for their ‘tireless efforts’ working the case.

‘A violent fugitive is off the streets… we are very proud of the working relationships we share with the local police departments in Northern Ohio.’ 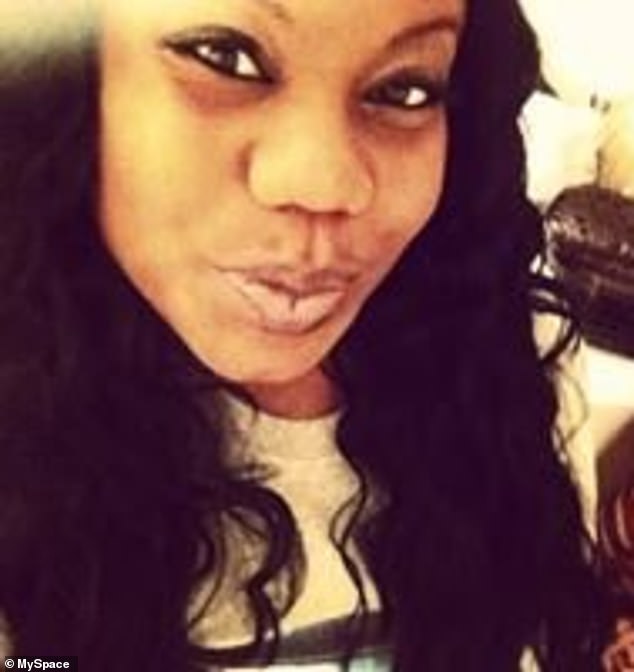 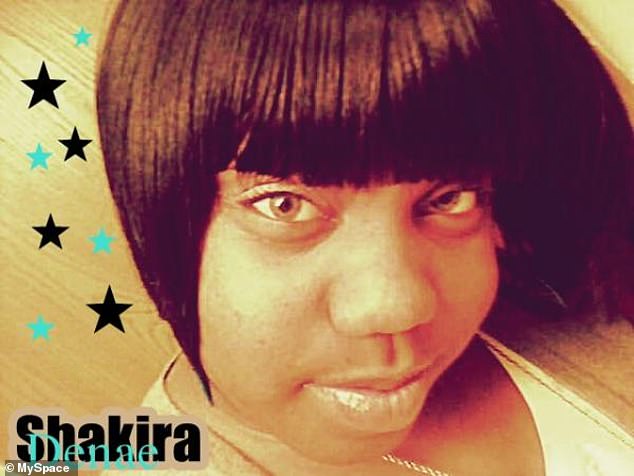