ISIS ‘elite’ militants are being cleared from two more villages today in the last remaining strip of the terror group’s ‘caliphate’ amid fierce fighting with US-backed Syrian forces.

Fanatics have been hiding among the local population and detaining others attempting to flee with women and children escaping the area, the US-led coalition said today.

The coalition said the clearance operations of the remaining terrorists was taking place today in the villages of Shajalah and Baghouz, in eastern Syria near the border with Iraq.

Thousands of people have fled Baghouz as the fighting rages, including women and children but also suspected jihadists.

The SDF believes 400 to 600 jihadists may be holed up there, including foreigners and other hardened militants. 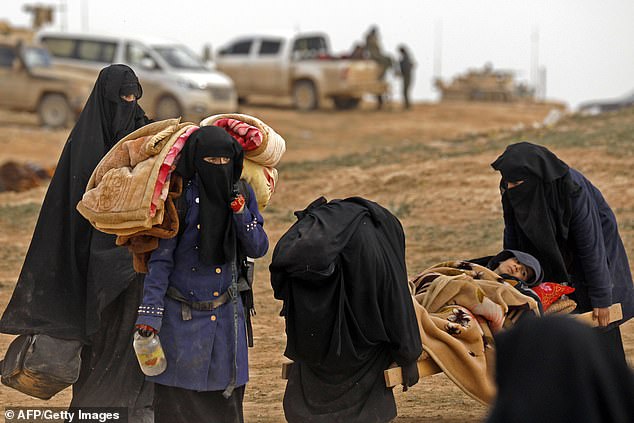 Civilians fleeing the ISIS holdout of Baghouz in eastern Syria, walk in a field to escape the fighting 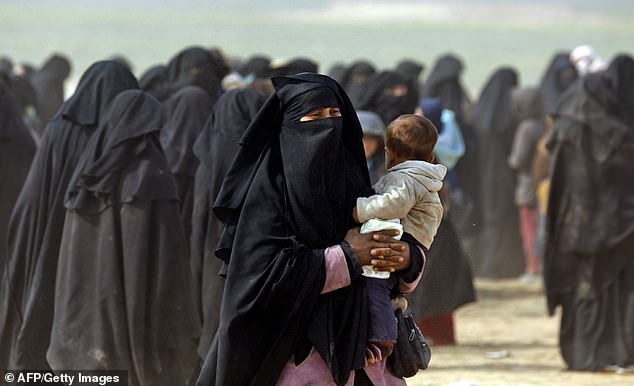 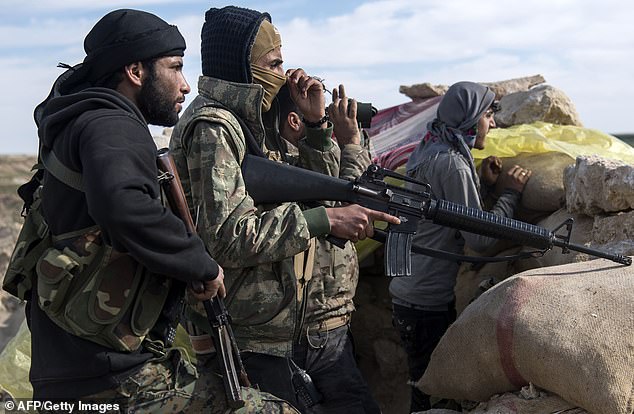 Scores of militants from ISIS – including many foreign fighters – surrendered to US-backed fighters known as the Syrian Democratic Forces (SDF) last night.

The surrender brought the Kurdish-led force closer to taking full control of the last remaining area held by the extremists, a Kurdish official and activists said.

He said the fighters who remained appeared to be among the IS elite who have lots of experience and are fighting ‘fiercely’.

‘They also don’t have other options. Either to surrender or die,’ Bali said.

Since early December, more than 38,000 people, mostly wives and children of ISIS fighters, have fled into SDF-held areas, the Syrian Observatory for Human Rights said.

That figure includes around 3,400 suspected jihadists detained by the SDF, according to the monitor. 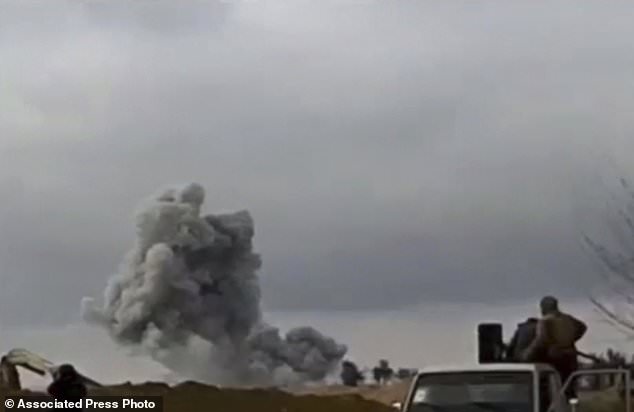 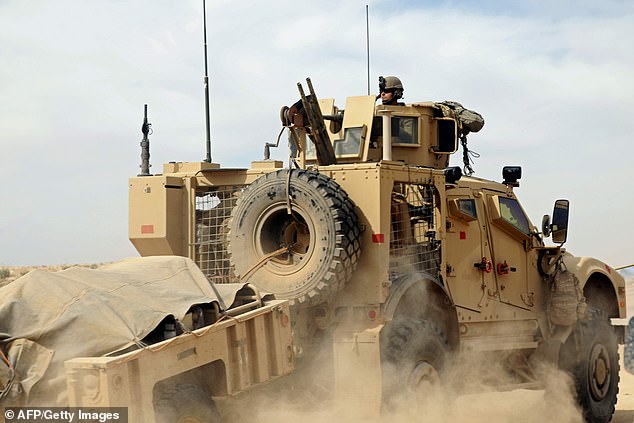 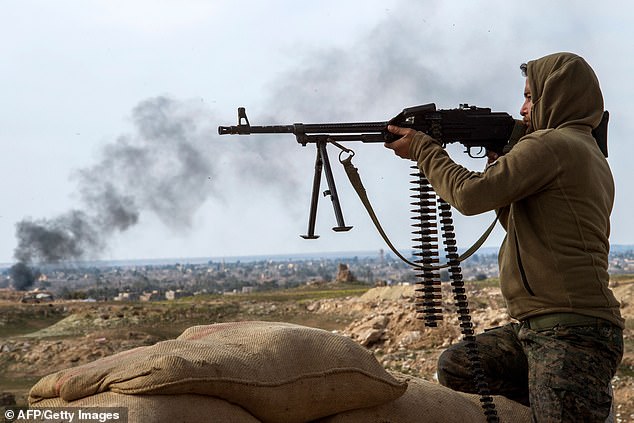 A SDF fighter taking aim against remaining jihadists in Baghouz. Syrian fighters battled a fierce jihadist counteroffensive as they pushed to retake a last territory from the militants

Çiyager Amed, an official with the Syrian Democratic Forces, confirmed that a number of ISIS fighters who had been holed up in the village of Baghouz gave themselves up, without giving numbers.

He said most of those remaining were Iraqis and foreigners and that few civilians remained in the tiny sliver of land still in ISIS hands, although women and children are continuing to trickle out of the enclave.

The capture of Baghouz and nearby areas would mark the end of a devastating four-year global campaign to end the extremist group’s hold on territory in Syria and Iraq.

President Donald Trump has said the group is all but defeated, and announced in December that he would withdraw all American forces from Syria.

A coalition official, however, warned Wednesday that ISIS continues to pose a threat to the security of the region even if their hold on territory ends. 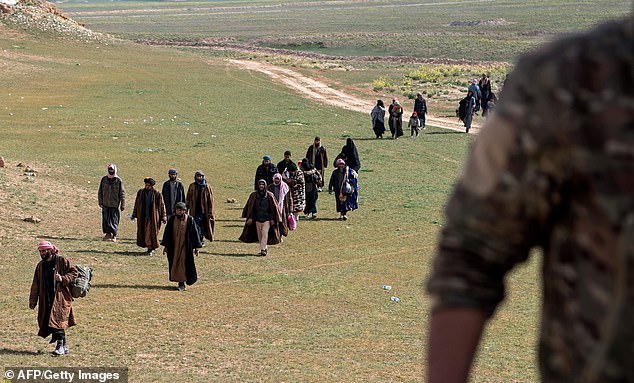 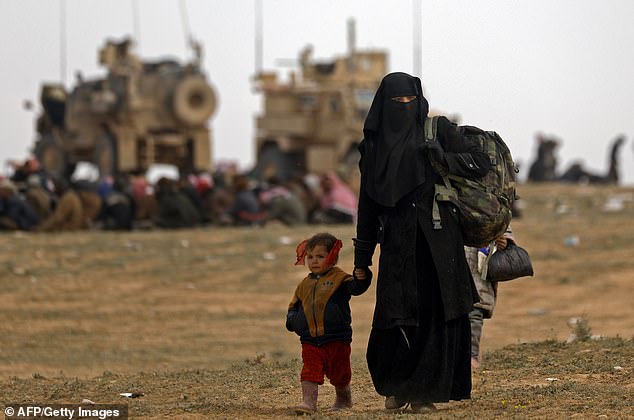 ‘While ISIS is on the verge of collapse, and the end of the physical caliphate is at hand it does not signal the end of this campaign,’ said U.K. Maj. Gen. Christopher Ghika, using another acronym for ISIS. ‘We will pursue them until that threat is eliminated.’

The coalition statement said SDF forces are detaining ISIS militants who are attempting to escape among the civilians fleeing the fighting in Baghouz.

Those ‘arriving to be screened are the wives of ISIS fighters, some of whom sustained gunshot wounds while fleeing from ISIS,’ Ghika said.

The final push to clear ISIS from remaining territory it holds in Syria comes as the leaders of Russia, Turkey and Iran are meeting in the Black Sea resort of Sochi on Thursday for talks about the latest developments in northern Syria. 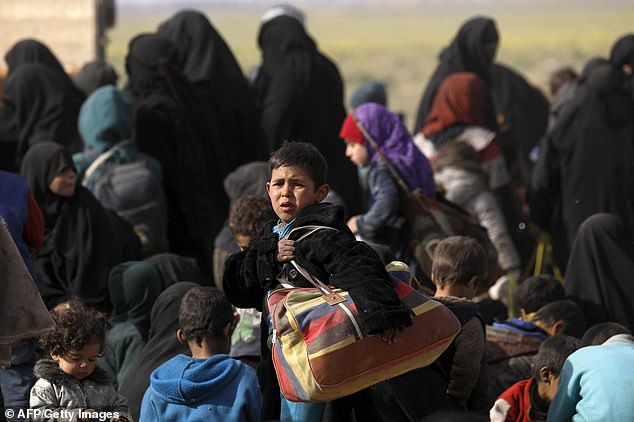 Hundreds of women and children fled the villages of Shajalah and Baghouz, according to the Syrian Democratic Forces (SDF) 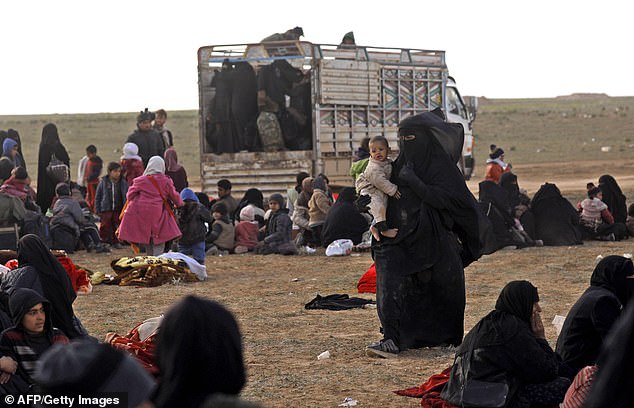 Russia, a key backer of Syrian President Bashar Assad, is getting increasingly impatient about militants in Syria’s Idlib province.

Russia and Turkey, which supports the Syrian opposition, had brokered a cease-fire for Idlib, the last remaining rebel stronghold that averted a major government offensive but that deal has been strained as al-Qaida-linked militants seized towns and villages in Idlib.

Kremlin spokesman Dmitry Peskov says Russia is going to raise its concerns at the talks about the presence of ‘terrorists’ there.