Instagram has confirmed that a bizarre bug is causing popular accounts to see millions of their followers vanish overnight.

In a statement on Wednesday, Instagram said it was actively investigating the issue and would fix it ‘as quickly as possible.’

It comes after several popular accounts, including those of , , and , saw their follower counts mysteriously drop by the millions. Instagram has confirmed that a bizarre bug is causing popular accounts to see millions of their followers vanish overnight. In a statement it said it was working to resolve the issue quickly

‘We’re working to resolve this as quickly as possible.’

Pop songstress Ariana Grande is said to have lost about 3 million followers between Monday and Tuesday.

Meanwhile, celebrities Kim Kardashian and Justin Bieber saw their follower counts drop by 1.9 million and 1.7 million respectively, according to .

Kylie Jenner and Selena Gomez each saw their follower counts drop by about 2 million users. 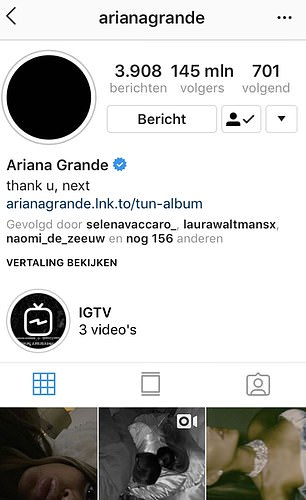 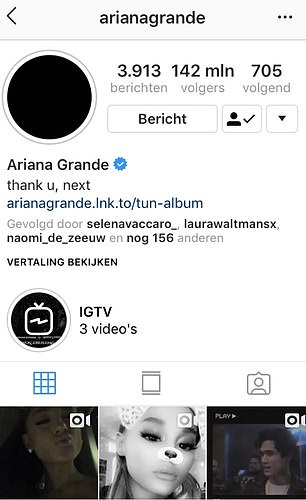 Many assumed the issue was a result of Instagram purging bot accounts on the site.

Instagram, Twitter and other social media platforms will routinely deactivate suspicious accounts that are believed to be spam bots.

In July, Twitter cracked down on bots on its platform, resulting in many celebrities and influencers, from Katy Perry to Barack Obama, losing millions of followers.

However, Instagram said it seems the issue is related to a glitch.

Many users on Twitter complained that they were not happy about losing followers.

Another user : ‘So I just lost 4K on Instagram and it unfollowed like 100 people within a matter of minutes? What’s going on.’

Since the bug was first reported, it appears that some users have had their follower accounts restored.

It’s not yet clear how many users were affected by the glitch.

WHAT IS INSTAGRAM DOING TO CRACK DOWN ON FAKE ACCOUNTS?

Instagram has launched a crackdown on fake accounts, introducing a new feature showing users information about who is really behind a username.

The Photo-sharing app’ more than 1 billion users will now be able to evaluate the authenticity of accounts, weeks after parent Facebook rolled out similar measures in a bid to weed out fake accounts on its social media platform.

The ‘About This Account’ feature will allow users to see the advertisements an account is running, the country where the account is located, username changes in the past year as well as other details.

To learn more about an account, go to their Profile, tap the … menu and then select ‘About This Account.’

There, you will see the date the account joined Instagram, the country where the account is located, accounts with shared followers, any username changes in the last year and any ads the account is currently running.

Along with the account username, applicants will need to provide full real names and a copy of legal or business identification.

Instagram also said it will allow the use of third-party apps such as DUO Mobile and Google Authenticator for two-factor authentication to help users securely log in to their accounts.

U.S. stocks drop on fear of escalated trade spat;...
AFL stars parody Gogglebox as they troll rugby star Nick 'Honey Badger' Cummins on the Bachelor
Police launch a murder investigation after man in his 20s is found gravely injured in street
May vote of no confidence: Gove, Hunt and Javid WILL support PM
Platonic matchmaking service sets up non-romantic friend 'dates' for up to $2,100
Racism row erupts in the Netherlands as St Nicholas' blacked-up sidekick 'Black Pete' arrives
NHS issues doctors urgent alert about a coronavirus-related condition in children
Street stabbing victim is rabbi in his 50s as 'knifeman' is arrested for attempted murder