This is the horrifying moment a base jumper nearly plunges 180ft and nearly dies after his parachute failed to open.

The footage was posted online by a base jumper enthuasist, who posted the video of the death-defying stunt at St Margaret’s-at-Cliffe in Kent.

With the bodycam attached to him, the base jumper looks over the edge, revealing just how far down the fall is. 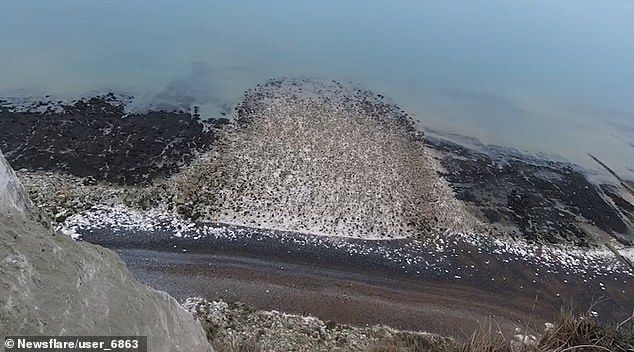 The base jumper, whose name is unknown, is seen peering over the edge at St Margaret’s-at-Cliffe in Kent 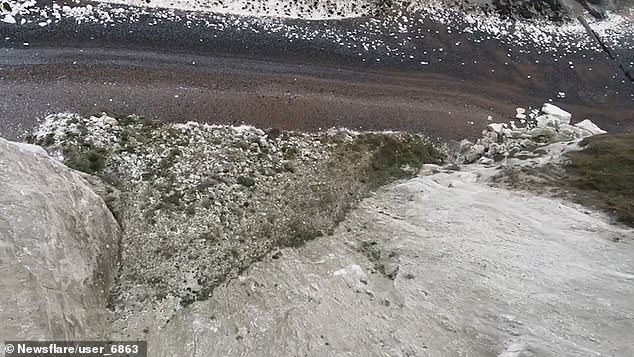 The base jumper throws himself off the edge of the cliff, and immediately knows something is wrong

As soon as he jumps off the edge, he is heard saying ‘f***’ and hurtles towards the ground.

Luckily the parachute opens at the last second, helping to break his fall and save his life.

He is heard writhing around in agony and then the footage cuts out.

The coastguard saw the injured man and he was rushed to King’s College Hospital in London. 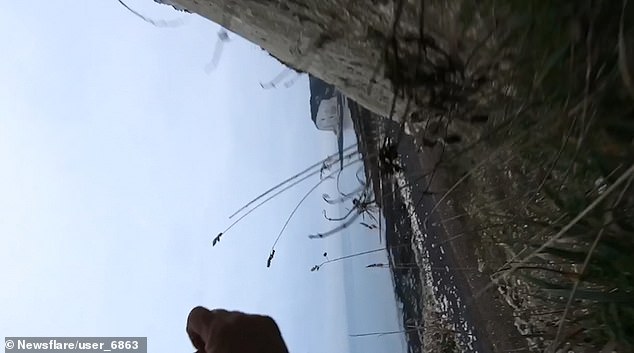