This is the tragic moment a helicopter pilot looks for an emergency landing spot as the aircraft is covered in flames before it’s fatal nosedive into a busy highway in .

Footage from a surveillance camera video was released Tuesday showing how the pilot, Ronaldo Quattrucci, 56, made a sharp right turn and later descended at a high speed and crashed. 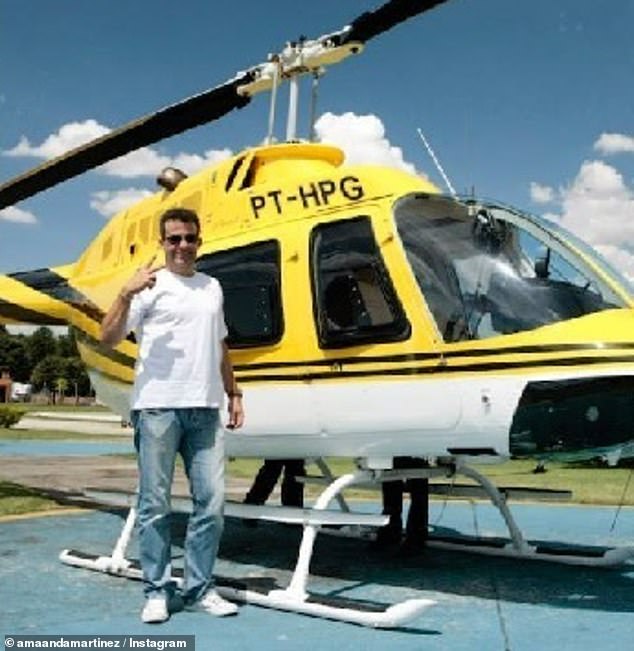 Ronaldo Quattrucci (pictured) was in control of this helicopter when he attempted an emergency landing near a highway strip in Sao Paulo, Brazil, on Monday 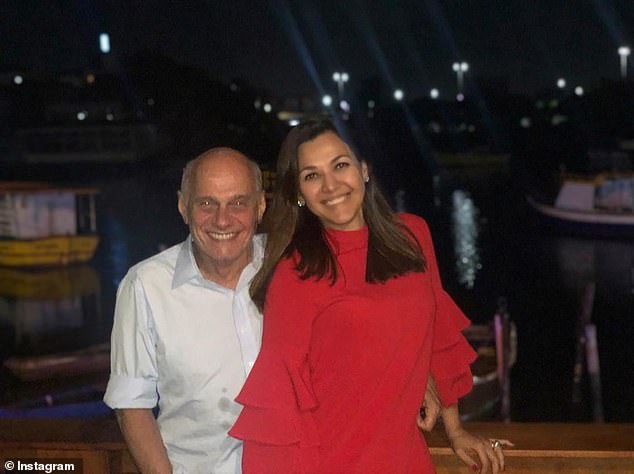 Ricardo Boechat (pictured left), a TV anchor in Brazil, was killed after the helicopter he was travelling in crashed. He is pictured here with his wife Veruska 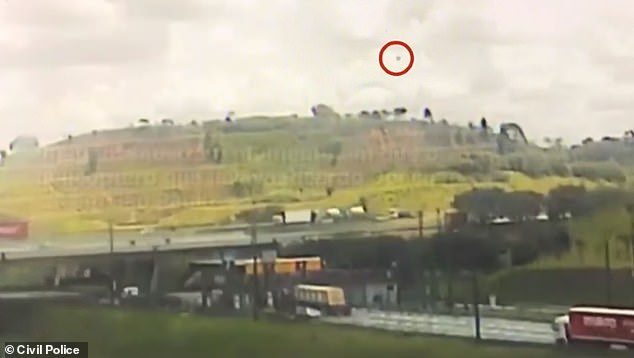 Boechat was returning from a function at an university in the city of Campinas before the tragic accident took place.

The striking footage was caught by surveillance cameras belonging to CCR RodoAnel, the agency responsible for overseeing the highway, and provided by the Civil Police, shows smoke billowing out of the helicopter before it burst in flames. 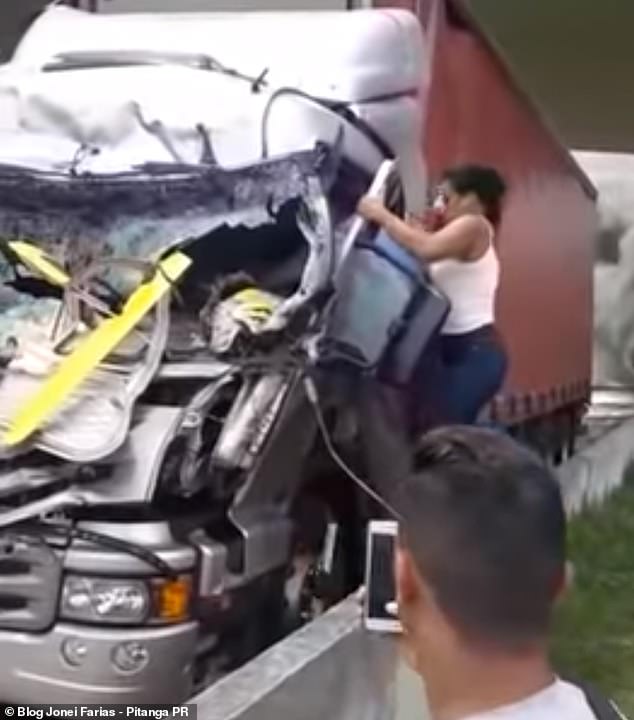 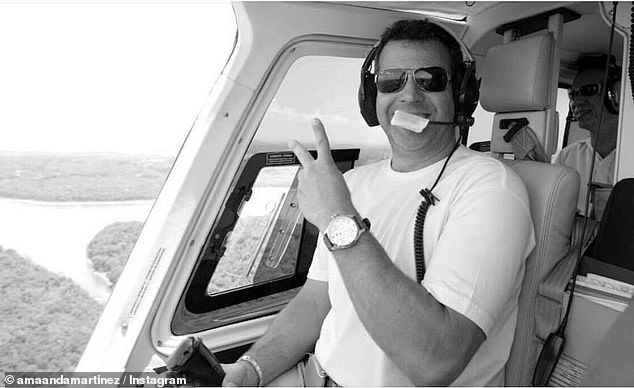 Quattrucci (pictured) had two decades of experience as a helicopter. His tragic death comes 21 years after his brother was killed while piloting a helicopter that crashed into a hill in Brazil 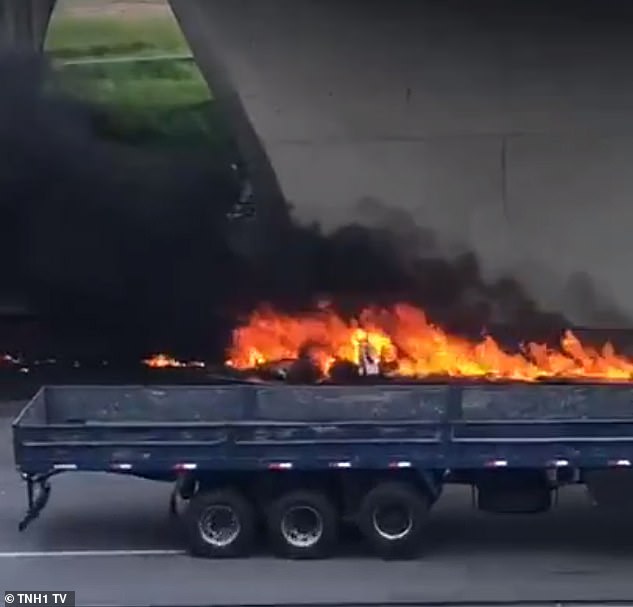 The helicopter passes by the right side of an upper roadway in northwestern Sao Paulo before it wipes out the cab of a tractor-trailer travelling along the left lane of the Anhanguera Highway. Truck driver, João Adroaldo Tomackeves, 52, was stuck inside the truck but was pulled to safety by quick-thinking Good Samaritans.

He suffered head injuries and body bruises, and was released from a hospital on Monday night.

An aviation expert told Brazilian news network that the accident could be attributed to a mechanical failure. 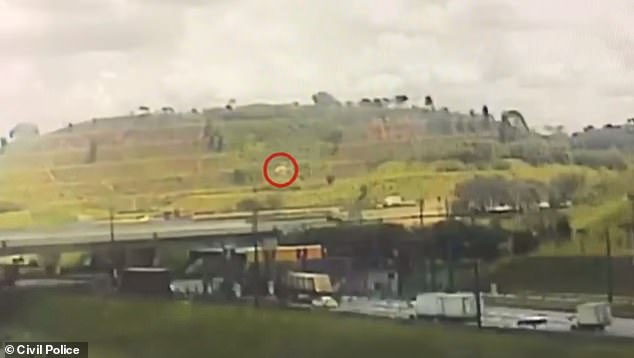 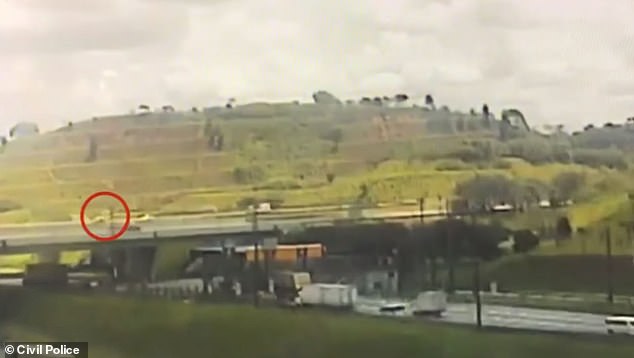 Footage from a surveillance camera near a highway captures the moment the helicopter is about to collide with a truck travelling on the left lane. Monday’s fatal crash claimed the lives of the pilot, Ronaldo Quattrucci, and television anchor Ricardo Boechat 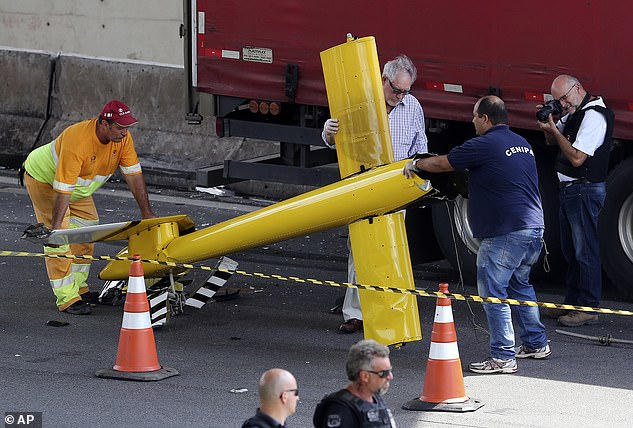 Investigators hold the tail of the helicopter that smashed directly into a truck. The tail was found on the ground to the right side of the truck

‘It all indicates that there was a break in the engine or the helicopter’s rotor which  made the pilot opt for a forced landing,’ said Luis Claudio Lupoli, a reserve colonel with the Brazilian Air Force, who was a researcher at the Center for Research and Prevention of Aeronautical Accidents (Cenipa), the agency that investigates air accidents in the South American nation.

reported that Quattrucci’s brother pilot, Rogerio, died in a fatal accident when his helicopter crashed into a hill 21 years ago. 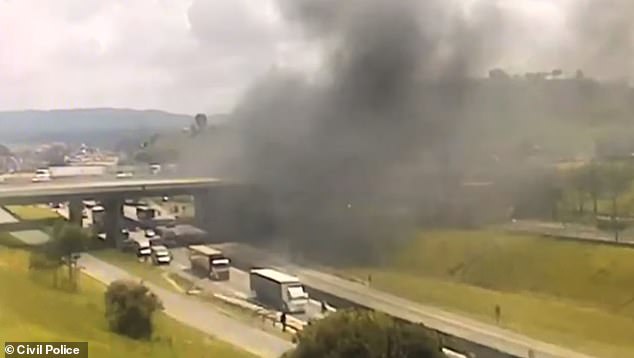