In the hour and a half-long compilation, he shares photos and videos of unappealing and disfigured Chuck E Cheese pizzas, and visits an eatery where he and his friends are shocked by what they witness.

The 30-year-old internet comedian said: ‘I mean come on… it never lines up. If you pushed this pizza together there’s no f****** way that’s a circle.’ 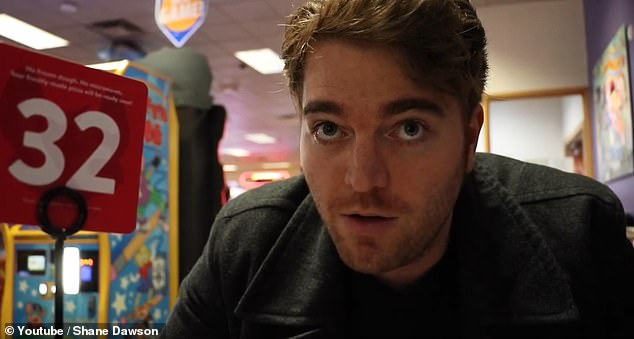 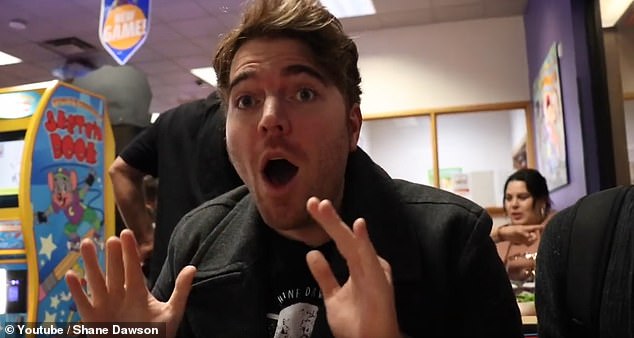 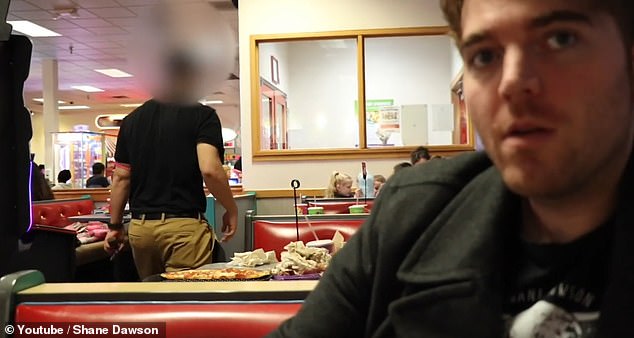 Dawson pointed out several signs around the Chuck E Cheese assuring customers the pizza is ‘freshly-made’.

One sign on their table read: ‘No frozen dough. No microwaves. Your freshly-made pizza will be ready soon!’ The red plates also said: ‘Handcrafted’ and ‘made fresh’.

Dawson added: ‘I’ve never been to a restaurant where they’ve said in so many different locations that it’s fresh… except for Subway.’

When their pizza finally arrives to the table, the men are shocked after witnessing the mismatched pieces in front of their own eyes.

He further claimed: ‘The employee will take that to the back, take those pieces off the tray and form a new pizza.’

A spokesperson for the family entertainment center company has shut down the claims.

The company said in a statement to : ‘The claims made in this video about Chuck E. Cheese’s and our pizza are unequivocally false.

‘No conspiracies here – our pizzas are made to order and we prepare our dough fresh in restaurant, which means that they’re not always perfectly uniform in shape, but always delicious.’ 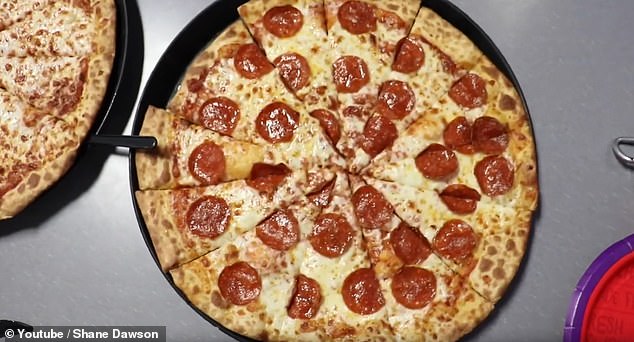 Dawson shared this photo from a visit to a Chuck E Cheese, showing the disfigured pizza pies 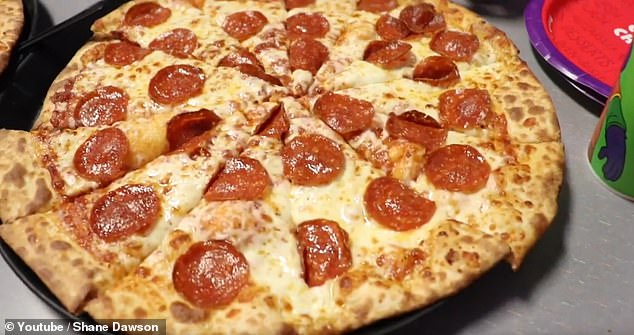 The comedian said in the video: ‘I mean come on… it never lines up. If you pushed this pizza together there’s no f****** way that’s a circle’ 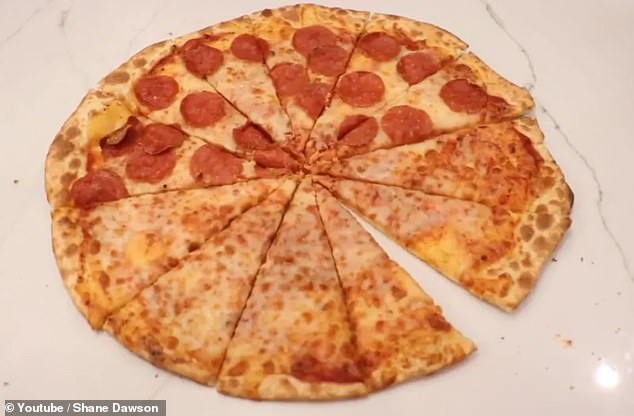 Katherine Early, who worked at a Texas Chuck E Cheese for three years, said in a statement to BuzzFeed: ‘As far as the allegations goes, I think it’s actually pretty funny even though it is absolutely false.

‘In my years there, not once did I ever see a pizza even make it back towards the kitchen… they were always thrown in the trash even if it was a pizza that went untouched by the guests.’

Early said that when the pizza is placed in the oven, it tends to shrink, causing the pies to vary in shape and size.

‘It warps and depending on the amount of cheese or toppings there is variation in the size and shape, hence why the slices aren’t always the same length,’ she added.

Still, several skeptics online expressed their thoughts on the matter. 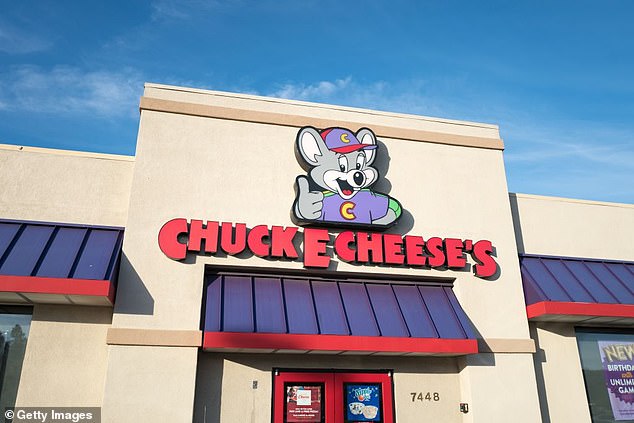 The family entertainment center company has denied the allegations

One claimed: ‘Pizza that is not eaten (so I’ve heard) goes back into a dough grinder and eventually gets reserved as part of a new pizza.

‘It’s re-cooked, so you don’t have to worry about germs.’

Fellow internet celebrity Jeffree Star also chimed in after viewing Dawson’s video: ‘Hey @ChuckECheeses… You have ALOT of explaining to do h**.’

The YouTuber’s latest conspiracy theory video received 10,757,599 views since it was posted Monday.

Internet celebrity Jeffree Star chimed in after viewing Dawson’s video: ‘Hey @ChuckECheeses… You have ALOT of explaining to do h**’ 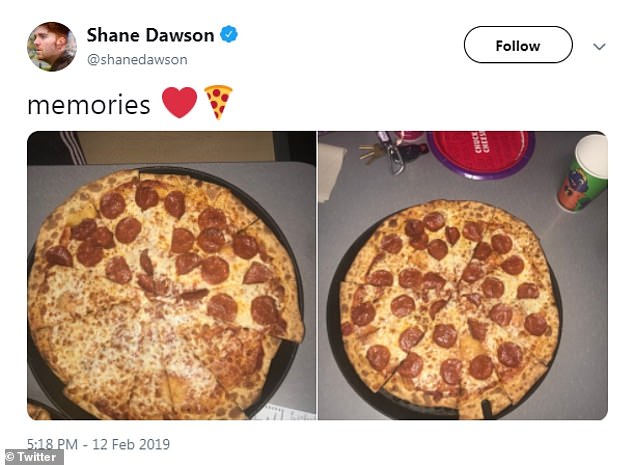 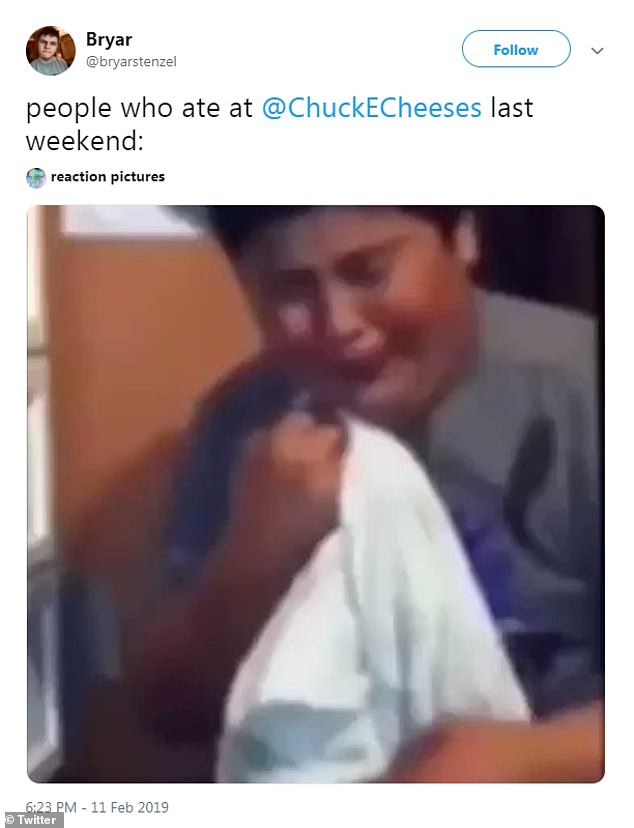 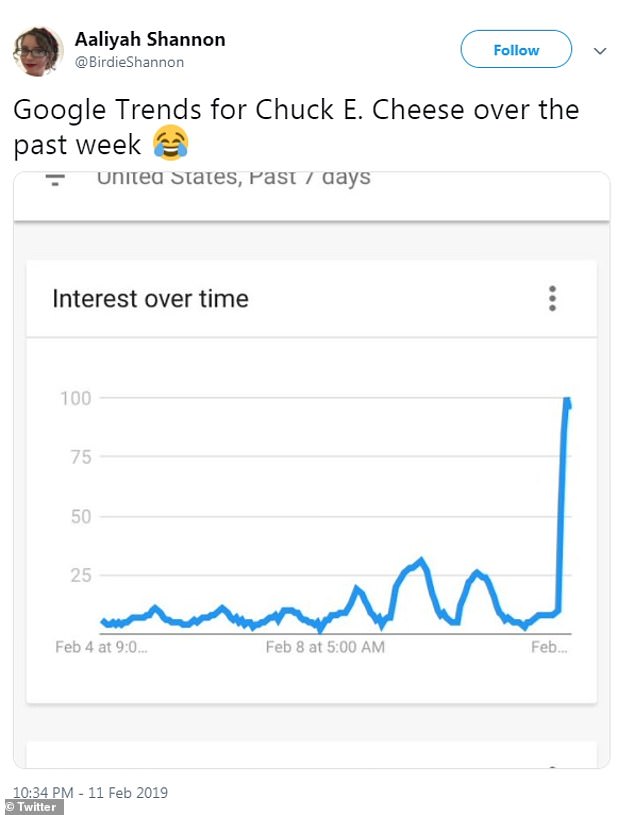 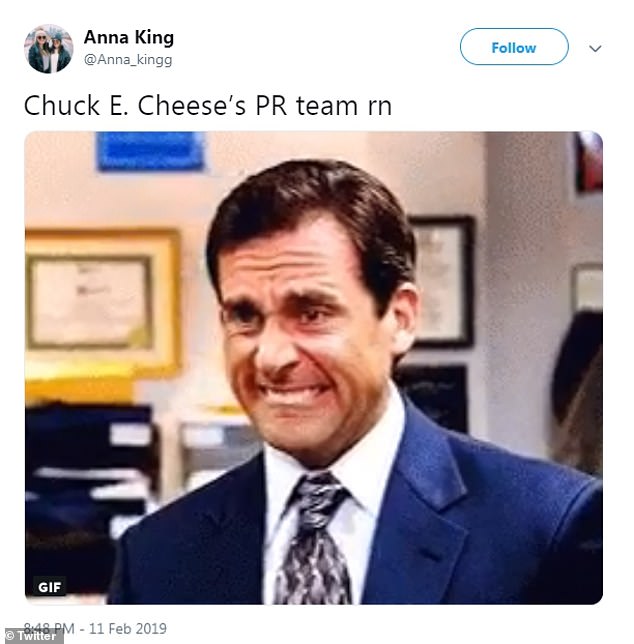