A Wisconsin man took home $1million after spinning the ‘All Star’ bingo wheel at a local casino on Monday.

The winner, who was only identified as ‘David H.,’ got a chance to spin the wheel during a bingo game at the Potawatomi Hotel & Casino in Milwaukee.

Even if he had not won the big prize, he would have been guaranteed to go home with $100,000, according to .

‘It’s unbelievable! I can retire,’ said David H., who is an employee for the city of Milwaukee. 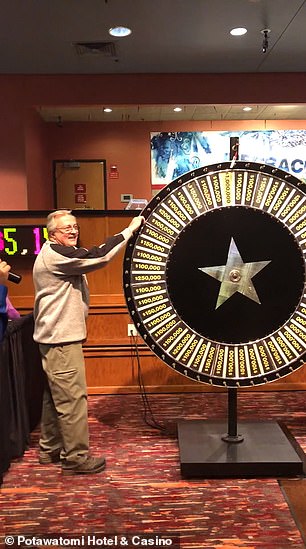 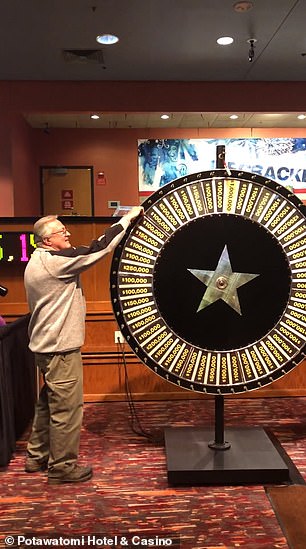 A man identified as ‘David H.’, a Milwaukee city worker, won $1million after spinning a wheel at a casino 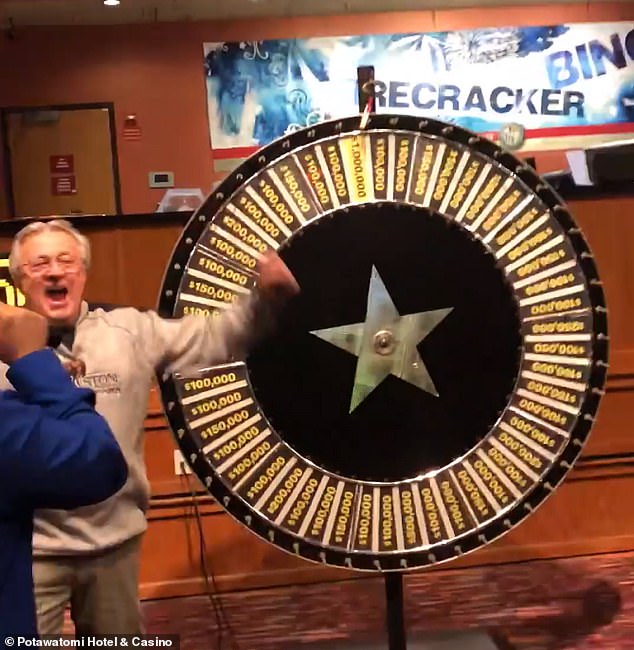 Even if he had not won the big prize, he would have been guaranteed to go home with $100,000 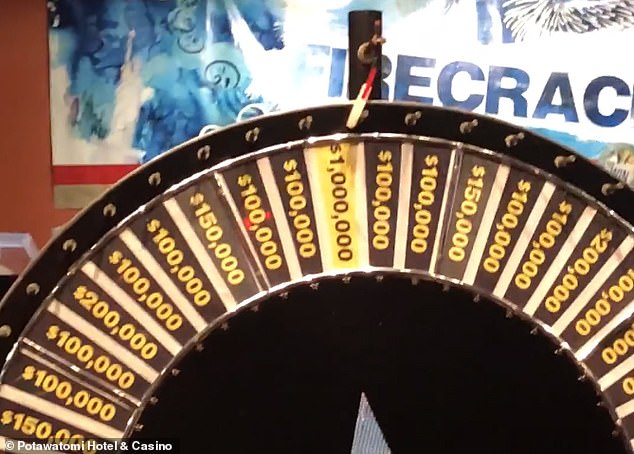 ‘I think I’m calling in tomorrow and saying, “I’m done”.’

David said his wife was ‘happy as heck.’

‘We can spend our years together now,’ he said.

The All Star bingo game costs just $4 per sheet to play.

In the five-part game, numbers are configured at each point of five five-pointed stars.

To win, the player must cover the points on all five of the stars in 48 numbers or less.

David managed to cover his entire card on the 48th – and last number – called.

Holocaust survivor, 90, dies after being hit by a car while crossing the street
How fruit 'talks' to animals: Researchers reveal how bright colors are a sign to eat them
Satellite images reveal major Chinese military shipyard has expanded rapidly
US firm takes 12,000 employees on a six-day trip to Switzerland to reward them
Markets in turmoil after Trump tells Mexico he'll put tariffs on imports over illegal immigration
ABC launches investigation after Afton Williamson quits The Rookie over discrimination, harassment
Star Wars fans can stay in an Airbnb in Florida where the rooms resemble a location from the film
Mother hits out at her four-year-old son's school