Wayne Rooney’s marriage is reportedly hanging by a thread after he was picturedon a ten-hour drinking session with a barmaid in Florida.

The 33-year-old former England captain was spotted drinking with Vicki Rosiek until 2.30am last weekend in Clearwater Beach, .

According to , wife Coleen was said to have torn into the Wayne, telling him: ‘You’ve humiliated me again!’

‘Coleen has never been angrier at Wayne,’ a source told the newspaper. 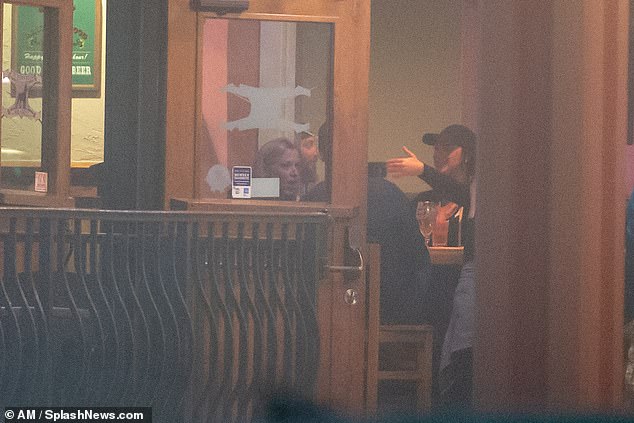 Rooney pictured with the barmaid in a bar in Miami, Florida last week during a ten-hour drinking session 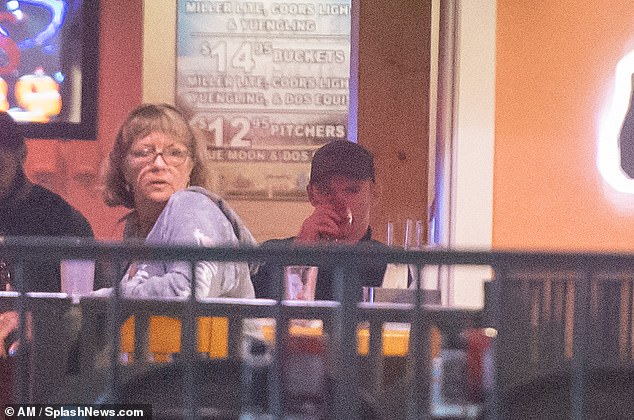 The 33-year-old former England captain was spotted drinking with Vicki Rosiek until 2.30am last weekend 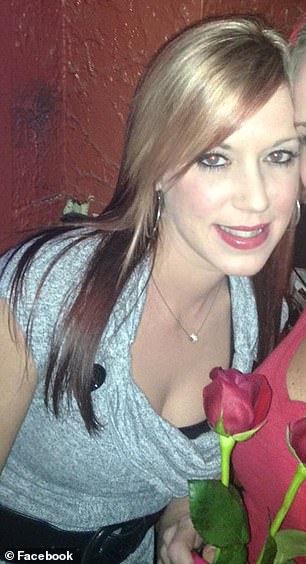 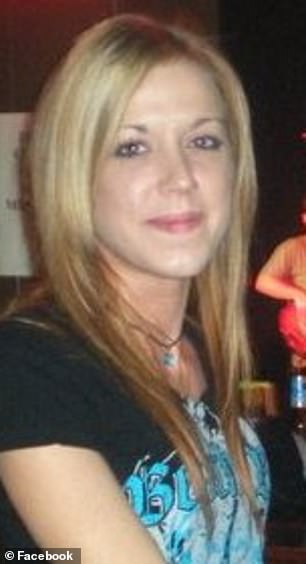 Rosiek is a local barmaid who works in the Florida area, where Rooney was with his DC United teammates

‘She was furious Wayne was back in the news for boozing and cannot believe he has been so stupid as to find himself caught up with another woman again. It’s just so embarrassing.

‘When Coleen found out she said she’d jump on a plane to the UK and take the boys with her and leave him on his own in America.’

The incident comes just weeks after he was arrested for being drunk at an airport in Washington DC.

It is the latest in a string of drinking incidents for the former Manchester United and Everton striker, including a court appearance for drink-driving in 2017. 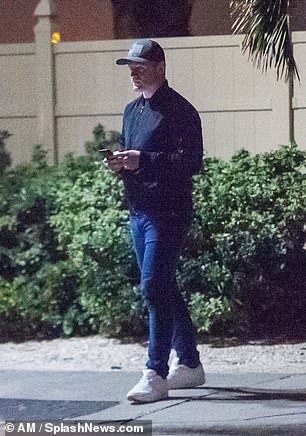 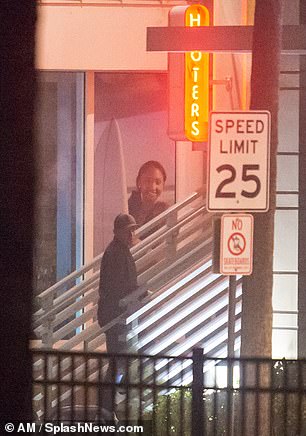 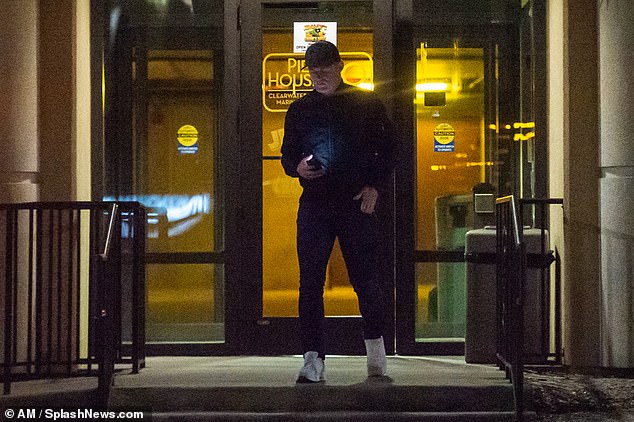 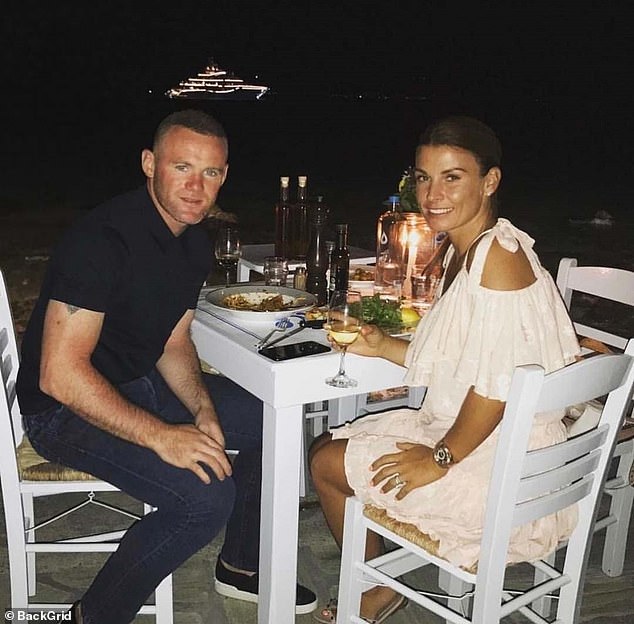 Rooney began his ten hour drinking session at 4.20pm and had been with his DC United teammates but then was seen separately with Ms Rosiek, 32, who he had met a few days earlier, the  reported.

Earlier that evening, the DC United striker was seen using a cash machine outside a Hooters bar in Florida.

There is no suggestion anything happened between Rooney and Ms Rosiek.

A source told the newspaper: ‘Coleen has already warned him about his behaviour and will hit the roof over this. He is playing with fire getting into a woman’s car alone with his history.

‘One minute he’s on a pub crawl with male friends, then suddenly he’s moving between other bars with a pretty blonde.

‘At the very least it will worry Coleen to see Wayne drinking and acting this way while away from family.’ 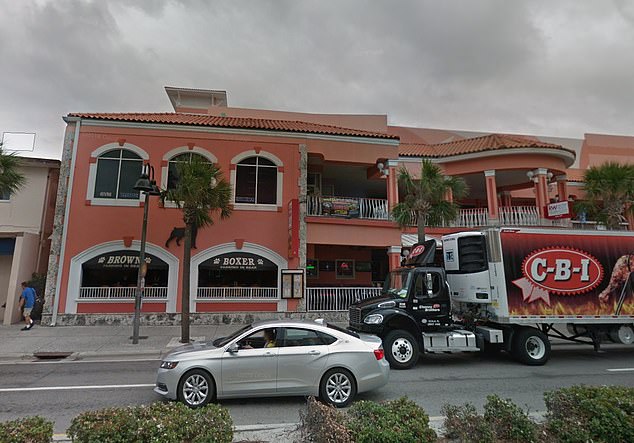 After talking for ten minutes at the Brown Boxer, Ms Rosiek offered Rooney, who had been drinking light beer Michelob Ultra, a lift to the next bar

Rooney’s marriage was in jeopardy 18 months ago when he was arrested for driving   party girl Laura Simpson, 30, in her VW Beetle in Cheshire while three times over the limit.

He was handed a two-year driving ban and 100 hours of unpaid community work, apologising for an ‘unforgiveable lack of judgement’.

Coleen, then pregnant, and their other three sons, Kai, Klay and Kit, were on holiday in Spain at the time.

In December he was taken into custody at Washington’s Dulles airport, saying he was left ‘disorientated’ by prescribed sleeping tablets he took on a flight while drinking.

He received a statutory automatic fine and was released shortly afterwards at the airport, a spokesman for Rooney said. 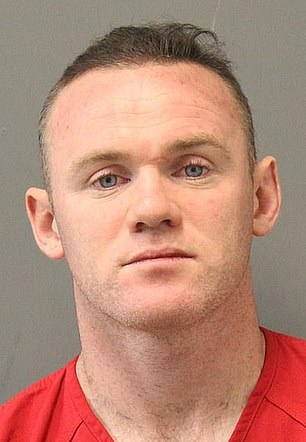 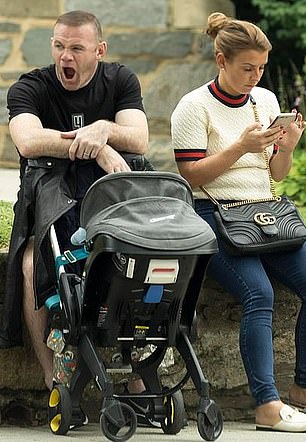 Rooney, pictured left in a police mugshot after he was arrested in Washington at the end of last year, could face a fresh row with his wife Coleen, pictured together right

In 2016 he was at the centre of another drinking row at a wedding reception between England games, later apologising ‘unreservedly’ for his behaviour.

It was reported in April 2017 that he had been seen drinking at least five pints of Stella at a Cheshire pub on a night out.

Rooney has been in Florida with his DC United teammates as they prepare for the new upcoming MLS season.

He was seen watching the Super Bowl at 4.20pm last Sunday at the Pier House 60 Marina hotel.

Along with teammates, he went from bar to bar and then went with another team mate to the Brown Boxer.

He had also been seen getting money out near a Hooters bar – a restaurant chain renowned for waitresses wearing tiny outfits while serving customers. 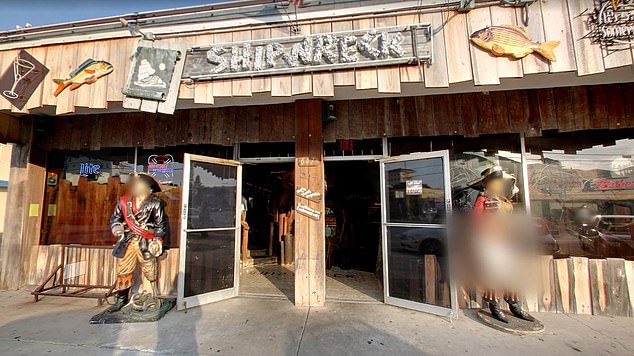 Speaking about her encounter with Rooney, Ms Rosiek said she did not know who Rooney until a colleague told her.

‘There was a group of us there. I was sitting there, just bulls****ing with him. He seemed down to earth, just a regular dude a little shy and quiet.’

After talking for ten minutes at the Brown Boxer, Ms Rosiek offered Rooney, who had been drinking light beer Michelob Ultra, a lift to the next bar.

They left together and she drove them to The Shipwreck at 12.30am.

She said they ‘hung out for a few hours’ and felt Rooney ‘wanted someone to talk to without talking about soccer’. 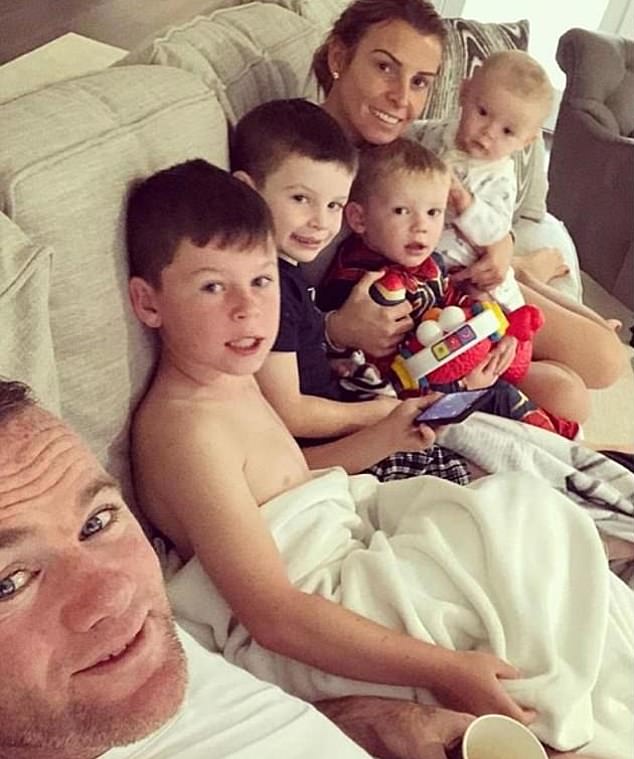 He tried to get DJ Matt Valet to play Mumford and Sons song Timshel, although couldn’t make himself understood due to his thick accent.

DJ Matt Valet said: ‘In the end, he had to type it into my phone. I’d never heard of the song and unfortunately it wasn’t in my ­playlist. He seemed bummed out when I could not play it.

The bar where Rooney was drinking is well known for its lemon, rum and watermelon cocktail called Pink Pussy.

While Rooney was enjoying a night on the town, Coleeen was thought to be at home in Washington.

A source said: ‘She will be fuming, especially as she feels she’s sacrificed a lot to move to the States for him.’

MailOnline has approached a representative of Wayne Rooney for comment.

Sofia Richie, 20, appears to wipe away tears during exchange with boyfriend Scott Disick, 35
Croatian tourist to face Sydney court after a female passenger was indecently assaulted
Lucy Fallon QUITS Corrie: Star insists her decision had 'nothing to do with anyone on the show'
Royal baby: Why did Harry and Meghan name their son Archie Harrison?
Google `blocks Huawei from using apps on phones´
North Korea fires two short-range missiles 300 miles into the sea
Shocking moment a huge explosion on 25,000-tonne oil tanker in South Korea sends up a mushroom cloud
Serie A bosses are slammed fans for using paintings of MONKEYS to promote anti-racism campaign