A two-year-old boy died after he supposedly shot himself with an unsecured gun while at a family friend’s apartment.

Authorities said Jayden James Piedra, two, of Jacksonville, , was pronounced dead at a hospital on Saturday after sustaining a gunshot wound earlier in the day.

The shooting was said to have occurred at about 10.16am while Jayden, his mother, and his seven-year-old brother were visiting a family friend. 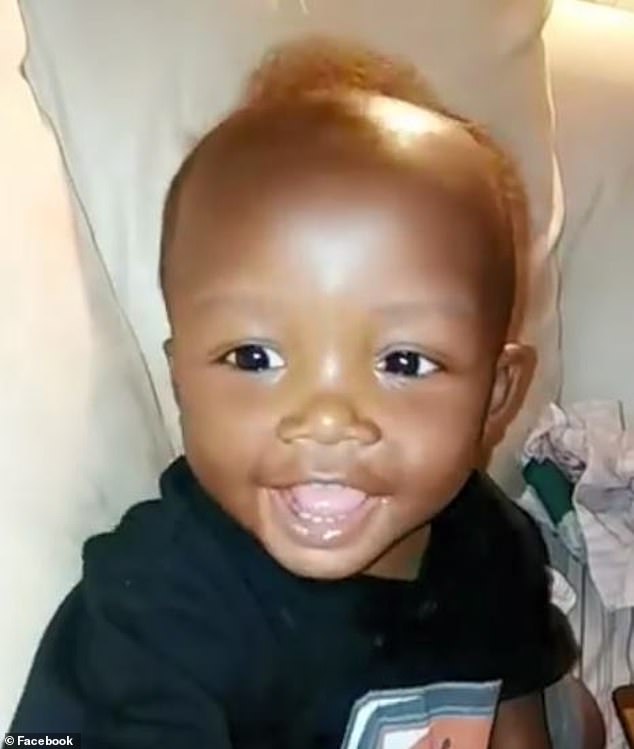 Jayden James Piedra, two, was pronounced dead at the hospital after having accidentally shot himself with an unsecured gun he found in a family friend’s home 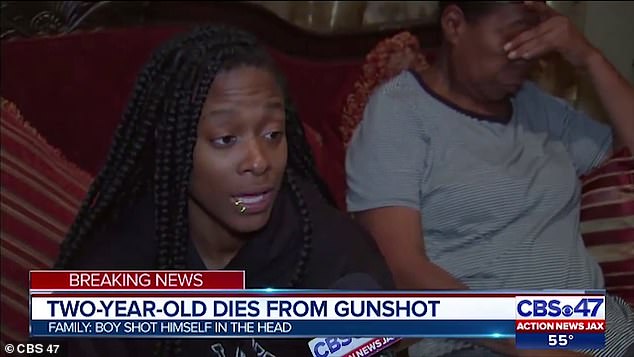 Jayden’s mother, Donna Crump-Piedra (left), said that her older son told her Jayden was bleeding. She then saw his head was swollen, but didn’t know he’d found a gun at that time

Jayden’s mother, Donna Crump-Piedra, told  that her son gotten hold of an unsecured gun and accidentally shot himself while he and his brother were playing in another room at the family friend’s home.

Crump-Piedra said that her seven-year-old son told her that Jayden was bleeding, prompting her to see what had happened.

‘I go look, and I’m not knowing, I’m thinking he probably fell or something,’ Crump-Piedra told the news station, adding that when she turned Jayden around, she noticed that his face was swollen, but at that point she didn’t realize that he gotten hold of a gun.

Crump-Piedra said that she didn’t know whether the gun belonged to the person they were visiting. 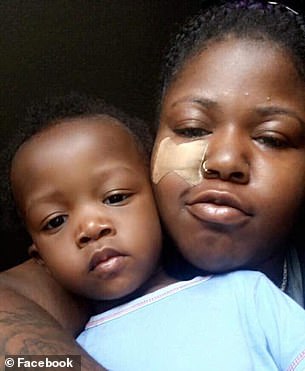 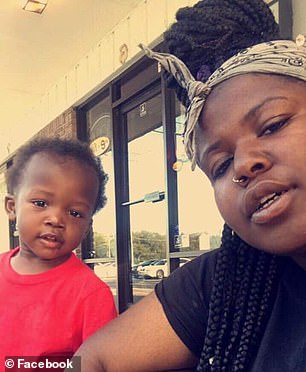 Jayden’s godmother, Precious Vorters (pictured with the toddler), said that his death felt ‘like god snatched my heart out’ and asked for people to pray for the family 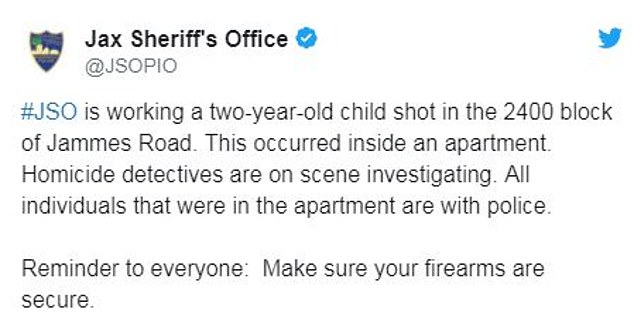 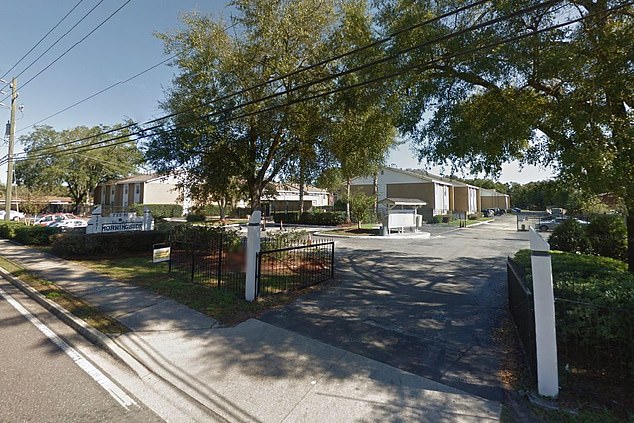 Police, meanwhile, said that they were interviewing the people who were in the apartment at the time of the shooting, but that there were not looking for any suspects, according to the .

Relatives told the newspaper that Jayden’s seven-year-old brother was among the people who detectives interviewed during their investigation into the shooting.

It is unclear if the friend Crump-Piedra and her children were visiting at the time of Jayden’s death will face any charges, as police are said to still be trying to determine who the unsecured gun belonged to.

Crump-Piedra told Action New Jax that she didn’t ‘know what I’m going to do without my baby! That’s my best friend! He’s everything to me! Both of my kids are,’ and urged people to secure their guns appropriately.

‘You never know who, or which little one, is going to get hold to it,’ Crump-Piedra she said, going on to note, ‘You could lose your child. I lost a 2-year-old.’ 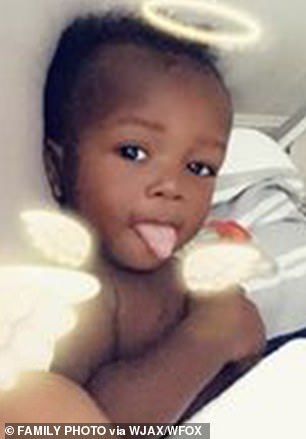 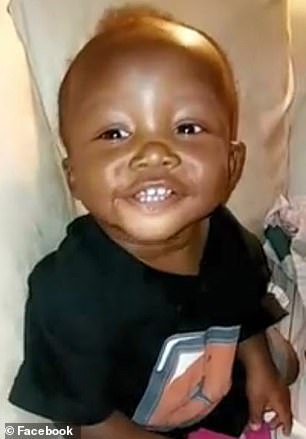 At the time of the shooting, Jayden was said to have been playing in another room with his seven-year-old brother while their mother visited a family friend

The Jacksonville Sheriff’s Office also urged the public to practice appropriate gun safety measures in informing the public about the incident, stating, ‘Reminder to everyone: Make sure your firearms are secure.’

In an official release about Jayden’s death, police stated that under Florida law, it was necessary for people in possession of a firearm that could be picked up by a child under the age of 16, without a parent’s permission or adult supervision, must put the gun in a securely locked box, use a trigger lock or place it somewhere that ‘a reasonable person would believe to be secure.’

Precious Vorters, who said she was Jayden’s godmother, posted a tribute to the two year old on Facebook Saturday afternoon.

‘Jayden baby boy this hurt go to a whole different level . My heart and everything is hurting,’ Vorters wrote. ‘We had a bond like no other my precious god baby ! I’m losing my mind baby boy ! You didn’t deserve this. I can’t live like this . I feel like god snatched my heart out . This Neva gone stop hurting me . Rip don’t feel right coming out my mouth . Pray for my family please. I’m outta words…’

Toni Barber, Jayden’s other godmother, told that the toddler was an active child who was both well-mannered and respectful. She also noted that Crump-Piedra ‘is a good mother’ and ‘not a person to have her children in harm’s way.’

Police said their investigation into Jayden’s shooting was still active and ongoing.