A businessman has been jailed after he tricked a speed camera by attaching a jamming device to the front of his BMW.

Michael Twizell managed to outsmart a police safety camera van parked on the side of the A658 in Harrogate, North Yorkshire with his laser jamming device last February.

Police launched a probe when the camera system flashed up with an error message – suggesting someone had tampered with it.

The 58-year-old who lives in a large £400,000 house in Dewsbury, West Yorkshire, was sentenced to three months in prison at York Crown Court today and ordered to pay a £1,500 fine for perverting the course of justice.

The jamming device works by blocking the signal used to monitor how fast cars are travelling. 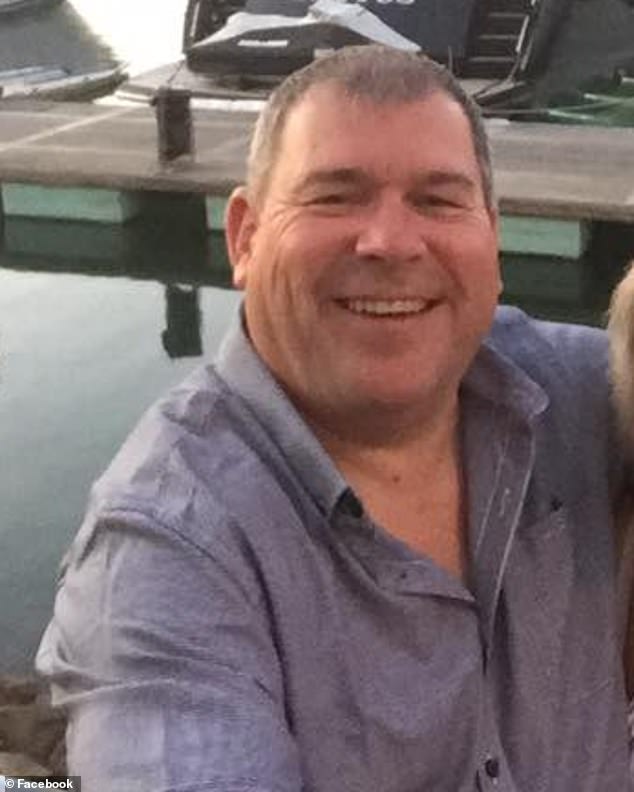 Michael Twizell (pictured on social media in 2017) managed to outsmart a police safety camera van parked on the side of the A658 in Harrogate, North Yorkshire 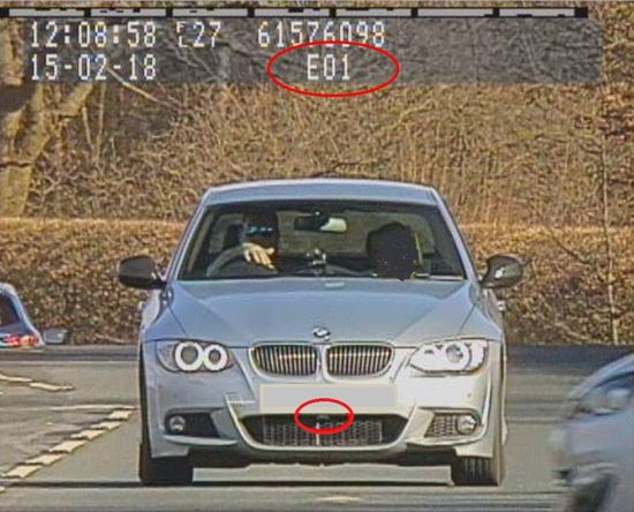 Michael Twizell managed to outsmart a police safety camera van parked on the side of the A658 in Harrogate, North Yorkshire last February by attaching a jamming device (circled below) to his BMW 3-series, triggering an error message (circled above) 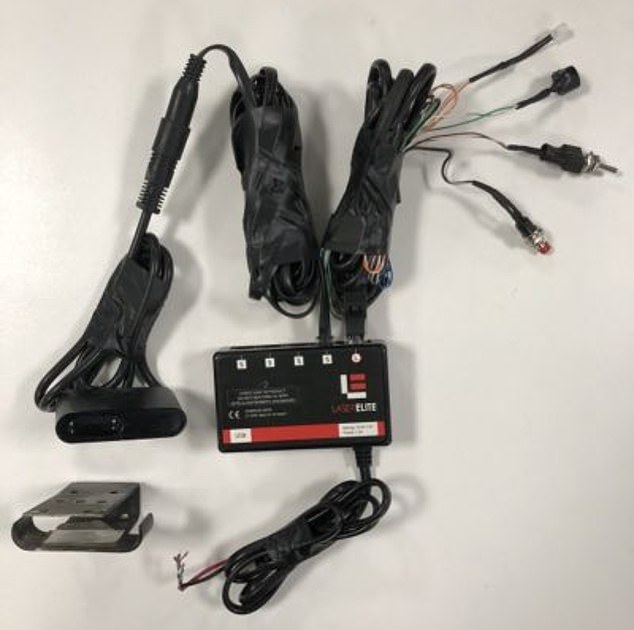 What is a speed camera jammer and how does it work?

Laser jammers are devices that can block speed camera signals used to detect how fast cars are going.

Speed cameras function by flashing an invisible light at oncoming cars to measure their speed.

Jammers operate by sending out a laser signal of a similar frequency, which effectively cancels out the camera’s one.

This creates an error message and fails to capture the speed of the car.

They can usually only outsmart moving cameras as static ones use the traditional formula of speed over distance by taking multiple pictures of the vehicle.

While laser jammers are legal to buy and sell to use as parking sensors or garage door openers, it is not legal to trick a speed camera.

Their use comes under laws against perverting the course of justice, which can carry custodial sentences and/or fines.

Investigators discovered the device fixed to the front of his BMW 3 Series and arrested him.

Sentencing, the judge told Twizell: ‘The police have a duty to protect us from speeding vehicles’, adding that the device Twizell used interfered with that process.

He said perverting the course of justice was a ‘serious’ offence and the courts ‘must stop people offending in this way’, adding that he had no choice but to impose an immediate custodial sentence.

Speaking after the hearing, Traffic Constable Andy Forth, from the Traffic Bureau Investigations team at North Yorkshire Police, said: ‘To use this device which was capable of interfering with police speed measurement is clearly, as shown today, a very serious matter.

‘Drivers may face a custodial sentence for using such a device in this way.

‘North Yorkshire Police will continue to investigate similar allegations when people use these devices to interfere with the normal course of justice.

‘I advise anyone who may have a similar device fitted to their vehicle to think about the consequences of using such a device and strongly recommend that they remove it from their vehicle to avoid a future prosecution.’ 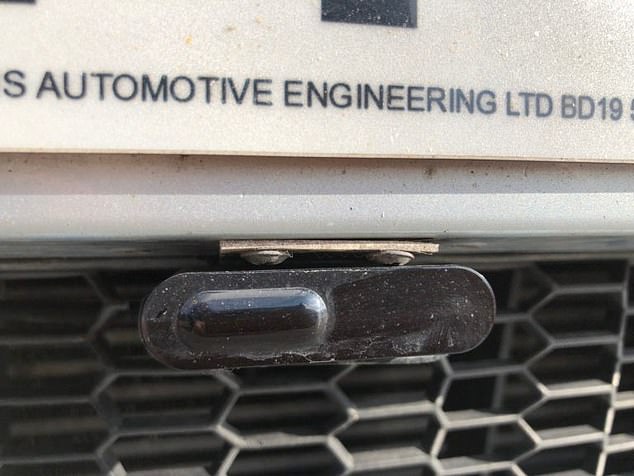 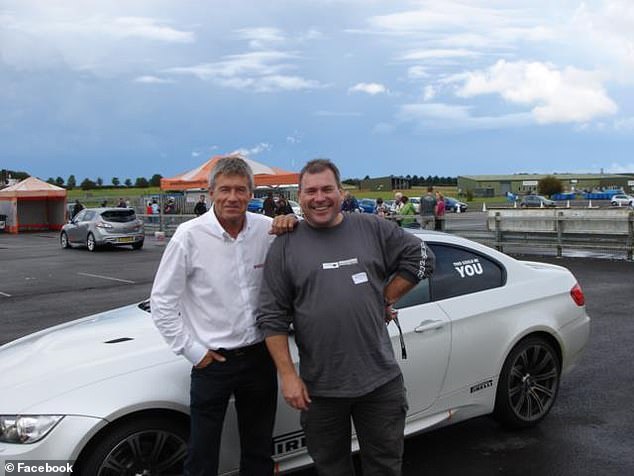 Twizell (pictured with racing driver Tiff Needell) was sentenced to three months in prison at York Crown Court today and ordered to pay a £1,500 fine for perverting the course of justice

Commenting last year on his retirement after 22 years with the firm, managing director Marcus Sutcliffe said: ‘Mike has been instrumental in the growth of Elite Systems into the company it is today, and I would like to thank him for his long service and wish him all the best for his retirement.

‘Mike’s diligence over the years has put us in a good position to expand our operation in the future.’

According to companies house, before that he was a director of Newcastle-based manufacturing firm Roulstone International.

Married Mr Twizell was pictured next to a powerful BMW with former racing driver and Top Gear presenter Tiff Needell in 2016.

He lives near Dewsbury on a street of large detached homes overlooking rolling hills where property prices average £294,000.

Critics savage Cannes movie by declaring it 'basically, Twerking Female Fannies: The Movie'
'Flying-V' plane is unveiled which is named after a GUITAR
How a doctor's wife assembled a huge secret collection of early 20th century clothes
Chaos for UK tourists abroad as they face battle to return to Britain amid coronavirus lockdown
Coronavirus: Red Bull chief wanted F1 stars Max Verstappen and Co to CATCH Covid-19 at training camp
Dozens of migrants arrive in Dover after they were picked up in three small boats
Aspiring lawyers fume after being forced to URINATE in buckets
Body is found in the hunt for missing British diplomat, 52, who disappeared after going for a run