At first glance, onlookers could be forgiven for thinking that the scruffy man escorting Kate Beckinsale from a Los Angeles comedy club this weekend was her minder.

Only the grip on her hand as he steered the actress to a limousine gave a clue as to the real nature of their relationship.

Because far from being an employee, Pete Davidson is, in fact, the Hollywood actress’s unlikely current beau.

The pair are understood to have been dating for several weeks and are said to be planning a holiday to cement their attachment away from the spotlight. 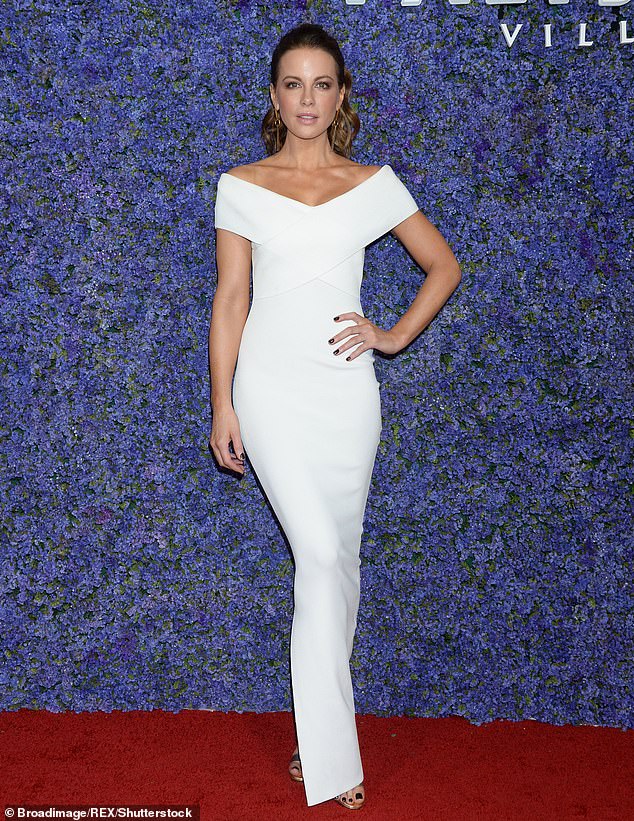 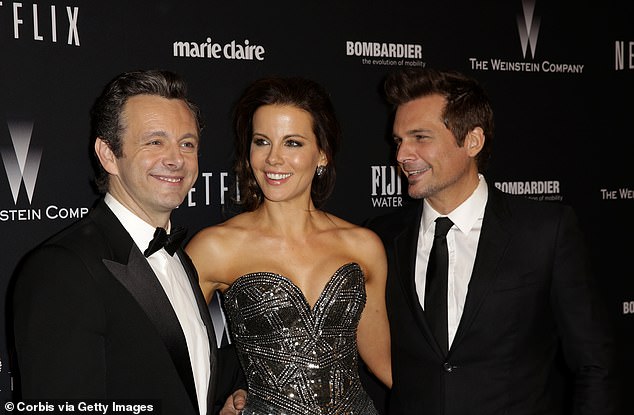 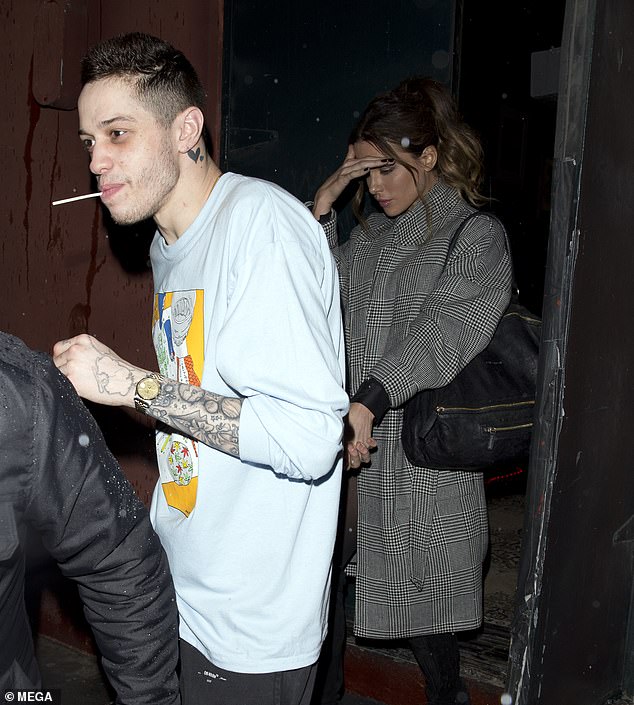 To say they look ill-matched is an understatement. Kate, 45, is all cool elegance, while the heavily inked Davidson’s daily uniform is a T-shirt and baggy jogging bottoms.

But there’s another striking difference, too: at just 25, comedian Davidson, is a full two decades Kate’s junior, closer in age to the actress’s 21-year-old daughter Lily.

No wonder they’re raising eyebrows, even in Hollywood – and not just because Davidson, who has been open about his battles with mental-health issues, is considered something of a bad boy in showbusiness circles.

He is the latest in a string of toyboys with whom Kate has dated since separating from her director husband Len Wiseman three years ago.

As one acid-tongued Hollywood insider puts it: ‘There’s a sense of, ‘Why on earth him?’ ‘

The same question was asked when Kate was previously spotted outside nightclubs and during cinema trips with another comedian, Matt Rife, who was little known at the time. He was aged 21 to her 43.

While the romance didn’t last, they have remained friends, and were photographed together as recently as last September, with Kate sporting a midriff-revealing white bra top for the occasion.

Then, in November, she was seen in a passionate embrace with 30-year-old British comedian Jack Whitehall in a candle-lit booth at an LA karaoke bar shortly before Davidson emerged on the scene.

Davidson, an ex of pop singer Ariana Grande, 25, and Kate met at a Golden Globes after-party last month and are said to have hit it off immediately, spending the night locked in conversation. 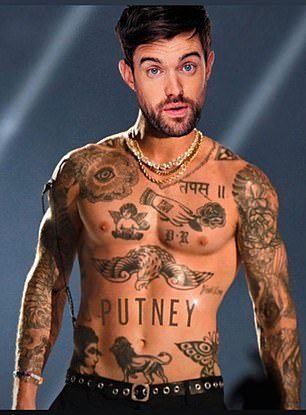 The encounter caused ripples: although relatively unknown in Britain, Davidson is a household name in his native US, partly for his career as a comedian on Saturday Night Live, but mostly for his doomed engagement to Grande, which ended last October.

He also gained notoriety after making a tasteless joke about the bombing at the Manchester Arena, suggesting the attack was a yardstick of Grande’s fame because ‘Britney Spears didn’t have a terrorist attack at her concert’.

No wonder some of those close to Kate are concerned about what they see as something of a mild mid-life crisis.

‘They’re worried,’ says a friend. ‘There’s a view she’s robbing the cradle and that she’s making a fool of herself in public.’

A capacity for crassness might make someone of the actress’s stature run a mile. After all, she is known not only for her looks, but for her intelligence.

She studied French and Russian literature at Oxford University and consistently charms on chat shows with her whip-smart wit. 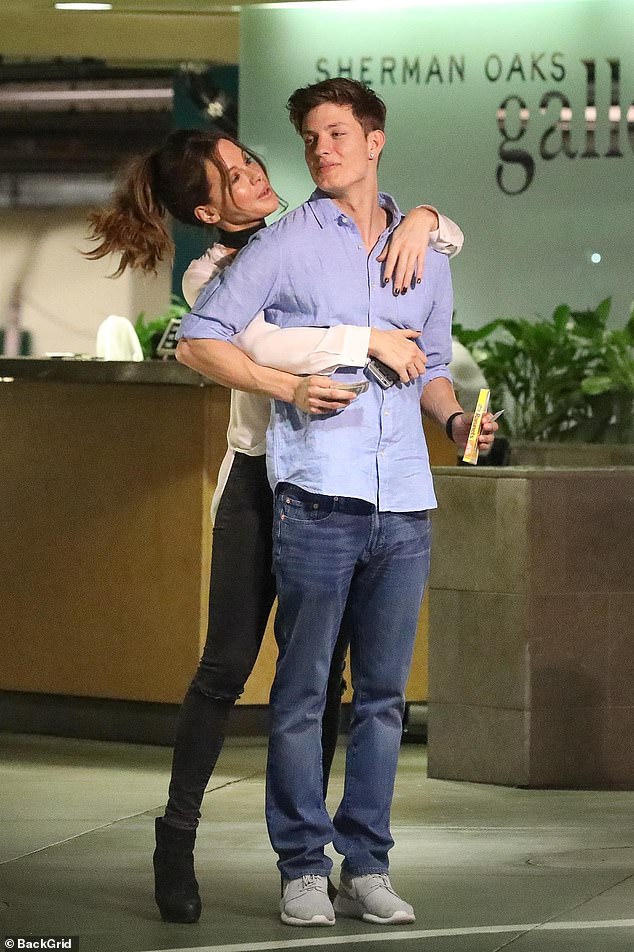 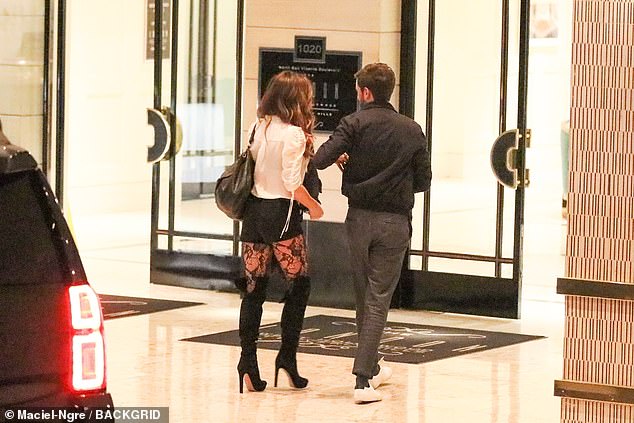 Yet, as she hits her mid-40s, Kate is going through ‘a huge crisis of confidence’, according to friends.

‘Ageing in Hollywood is incredibly tough and even though she looks amazing, she’s always been terribly insecure,’ says a member of her circle.

And never more so since the end of her 12-year marriage to Wiseman in 2016. The pair have remained cordial – Kate prides herself on good relationships with both her exes, including Lily’s father, the actor Michael Sheen, 50.

But in the run-up to their split, Wiseman was seen partying with a young model called CJ Franco, who is 18 years his junior and known for her raunchy topless modelling shoots.

It’s not difficult to see why his former wife, confronted with the twin pillars of burgeoning middle-age and divorce, might respond in kind, with ego-boosting liaisons with younger lovers of her own.

Other observers have pointed out that these romances have unfolded against a backdrop of other increasingly erratic behaviours, including posts on social media that have left her 2.6 million followers baffled.

Never one to shy away from showcasing her age-defying figure, in recent months Kate has posted a notable number of flesh-baring shots.

One Instagram post showed her clad in only a swimming costume and animal-print jacket, another in a barely there dress.

Shortly before she stepped out with Davidson last week, Kate had posted a candid photograph of herself on Instagram crying in a hospital bed after suffering a ruptured ovarian cyst.

Wackiest of all, arguably, is the post in which she is pictured posing with a clock with Michael Sheen’s name on it.

‘If you can make it out of a relationship with the best baby ever AND a stylish commemorative wall clock I think you can safely feel you’ve achieved something,’ she wrote underneath.

It prompted one fan to say: ‘I always got a fruity, cringey, weird vibe from her. Now that feeling is validated.’

As odd a choice as he may seem, Davidson has both charm and charisma.

In fact, all her recent lovers are comedians who share her irreverent and earthy sense of humour. ‘Pete is the kind of man who can laugh a woman into bed,’ says one Hollywood source.

‘The same has been said about Whitehall too.’

Kate, by all accounts, has been open with friends about the fact that Davidson’s dry humour is particularly attractive to her.

Davidson has been open about his struggles with mental health issues – and Kate too has had to battle her own demons.

These date back to her childhood and the loss of her father, Richard Beckinsale, best known as Ronnie Barker’s cellmate in Porridge, who died at the age of 31 of a heart attack when she was only five.

In the past, Kate has been open about the devastating legacy of his loss, which she has candidly admitted led to her teenage anorexia.

‘If you learn as a kid that seemingly fairly healthy people drop dead at 31 it sets you up in a fairly c**p way,’ she has said. One friend puts it more succinctly: ‘On one level Kate has never got over it.’

Davidson will understand the pain of losing a father – his own, a firefighter, died in the 9/11 terrorist attacks in New York when he was just seven.

It is a credit to her determination that she has achieved the success she has, nonetheless.

Aged 18, she accepted a place at Oxford, appearing in amateur productions which led to her being hand-picked by Kenneth Branagh to play the role of Hero in his 1993 film of Much Ado About Nothing.

Her career burgeoned, leading to a move to Hollywood where, in 2001, she filmed war epic Pearl Harbor opposite Ben Affleck and Josh Hartnett.

By then she had met Sheen and given birth to Lily, but in 2003, after taking on the role of Selene the vampire in the wildly successful franchise Underworld, she embarked on a relationship with Wiseman, the film’s director.

They married in 2004, with Kate memorably sporting a tiny pair of bikini bottoms bearing the words ‘Mrs Wiseman’ on their honeymoon.

The pair enjoyed a happy few years living and working together on further instalments of Underworld.

Nonetheless, for all the success of the franchise, Kate is said to feel her career hasn’t quite lived up to her earliest hopes.

‘She’s at the point where she desperately wants Hollywood to take her seriously,’ says the Hollywood friend.

Certainly there are signs that, whatever her choices in her personal life, she is trying to remind Hollywood that she can do far more than wear a catsuit and point a gun.

She won acclaim for her role as Lady Susan in the 2016 film Love And Friendship, a very funny adaptation of Jane Austen’s epistolary novel about a calculating widow’s schemes to secure wealthy husbands for herself and her daughter.

This year, she is set to star in a controversial new film called Farming, based on the director Adewale Akinnuoye-Agbaje’s early life.

The gritty low budget film focuses on the period when his Nigerian parents ‘farmed’ him out to a white, working-class family in Tilbury, Essex, to give him a better future – and how he joined a gang of racist skinheads to feel less isolated.

Kate plays Ade’s adoptive mother, make-up free and as dowdy as it’s possible for her to be. ‘I still don’t know why Ade cast me,’ she admitted. ‘It was such an odd move.’

The same might be said of her decision to embark on her unlikely relationship with Davidson, which has piqued the interest of Jack Whitehall.

Posting Instagram snaps of himself with a tattooed torso and another with a baseball cap pulled down over his eyes, the clean-cut Whitehall seemed to be mocking some of Davidson’s ‘moves’.

Is this an attempt to win Kate back? Some of her friends will certainly be hoping so.

Boy, 4, learns he can be a giant brother the identical day he will get adopted
Washington Jersey Mike's supervisor resigns after firing pregnant girl in viral message screenshot
North Carolina high school student dies after being shot by classmate in hallway fight
Wedding guests who witnessed real-life objections share their stories
Dissident friend of murdered journalist Jamal Khashoggi claims his phone was hacked
Man, 36, hands himself into police after video showed a passenger savagely beating his Lyft driver
Woman who was told 'untreatable' cancer would kill her within a year is thriving two years later
Three bodies are found beneath monks' burial room and church at the Alamo during renovation