Hundreds of strangers turned up in freezing conditions for the funeral of a hero Holocaust survivor after a rabbi’s plea on .

Zale Newman had visited 85-year-old Eddie Ford over the last seven months at a hospital in Toronto where he was suffering from cancer.

Ford said he wanted a Jewish funeral at the end of his life so Zale asked for those living near Toronto to ‘escort a Hero of the Holocaust for his final journey’ in a ‘huge PURE act of kindness’.

Despite posting his request online just the night before the service and temperatures of 13F, hundreds of people made the journey to pay their respects.

Zale followed up on his post saying when he saw a line of cars the next day he ‘assumed there was another funeral taking place at the same time’.

He said the random of kindness from dozens of strangers left him in tears. 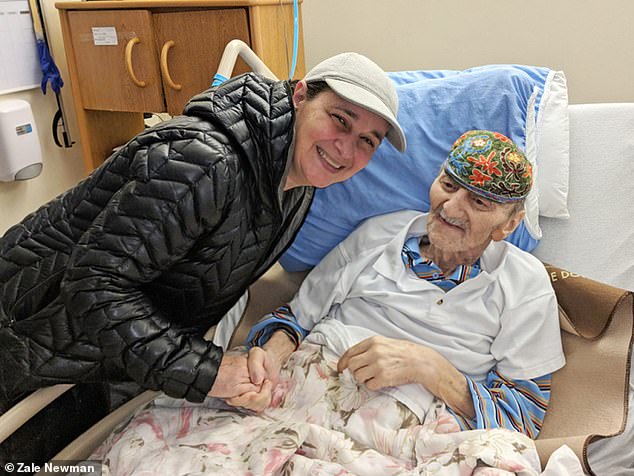 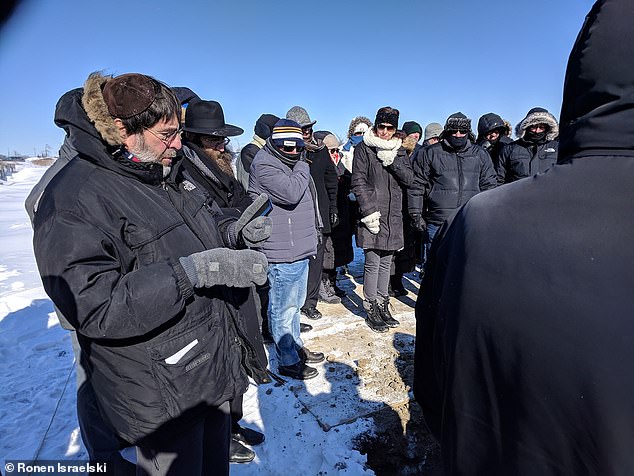 Volunteer rabbi Zale Newman asked people online to come to the service. When hundreds turned up Newman said the kindness from dozens of strangers left him in tears 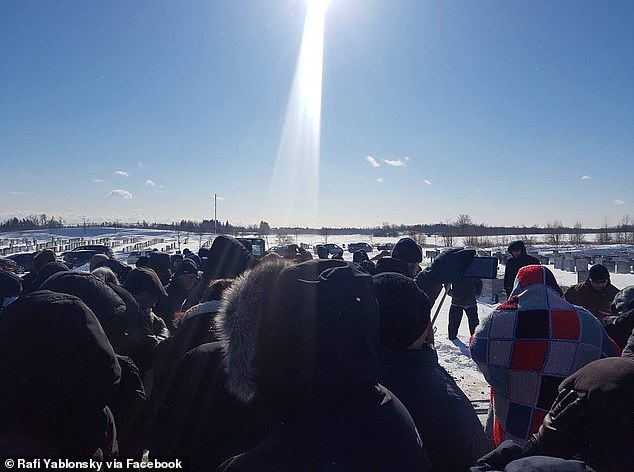 Despite posting his request online just the night before the service and temperatures of 13F, hundreds of people made the journey to pay their respects 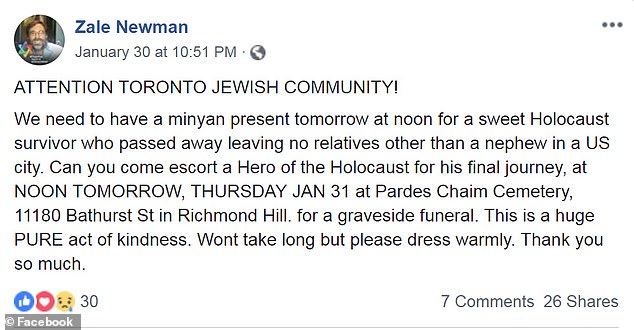 Zale wrote: ‘ I sent out a late night FB post and two emails to groups neither of whom replied. 3 people responded that they would join me. I was hoping for at least ten in total. When I arrived at the cemetery in a wind chill of -27, far to the north of Toronto, I couldn’t get in because of the line of cars.

‘I assumed there was another funeral taking place at the same time and I wondered how we would find Eddie’s resting place. I stopped people who were walking and they all said they were going to the funeral of Mr Ford.

‘I had to park far away and walk in the freezing wind to join an estimated 150 people in a huge, warm circle of love, as we gave Eddie a sweet, proper, fitting, loving send off to the Next World.

‘I am in tears just thinking about how humbling and awesome it is to be part of the Jewish People who on very short notice; would drop everything, leave whatever they were planning on doing, drive fa long distance, to stand outside in a open field, on a super freezing, blowing, windy day to escort a sweet, little Jew from Budapest, who was unknown to almost all them, on his final journey.’

A woman who said she was Ford’s niece wrote to Zale to explain her family did visit him. Elyse Friedman wrote: ‘Everyone in Eddie’s (admittedly tiny) family were heartened by your post and by the response of the Jewish community. We wouldn’t have had a minyan without you.

‘My dad, Eddie’s brother, lived just down Bathurst from him and visited him at least once a week in hospital (and regularly at his apartment before he was hospitalized). I believe he mentioned that to you at the funeral. I also visited my uncle in the hospital and so did his nephews and their kids.’

reports how Ford survived the Holocaust after he was hidden with a Christian family in Budapest when he was just six-years-old.

Zale told : ‘It was his last request that he have a proper Jewish burial. We would sing together and he would tell me jokes and ask me questions. He’s left with just a few good memories and the rest from those days are very bleak and dark.’

For a proper Jewish burial 10 adults or ‘minyan’ are required and so Zale took to social media for help.

Zale wrote: ‘ATTENTION TORONTO JEWISH COMMUNITY! We need to have a minyan present tomorrow at noon for a sweet Holocaust survivor who passed away leaving no relatives other than a nephew in a US city.

‘Can you come escort a Hero of the Holocaust for his final journey. This is a huge PURE act of kindness. Wont take long but please dress warmly. Thank you so much.’

Following the touching service one person wrote to Zale: ‘Was an honour (sic) and privilege to be part of it. So amazing to see how many people care.’

Another added: ‘This is so touching and beautiful to see our community help one another.’