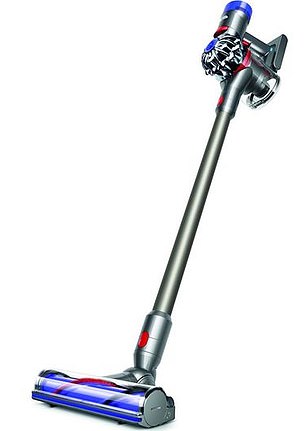 Dyson stick vacuums have been removed from a respected magazine’s list of recommendations after a survey found almost half of them broke within five years.

Consumer Reports has downgraded the British firm’s products after they scored just two out of 10 in a reliability test.

They were hailed as the ‘best stick vacuum we’ve ever tested’ by the magazine in 2016 but have now been knocked off the top spot.

The products are on the market for between £230 and £540, according to the American magazine’s .

Customers reported a dead battery as the most common problem with their Dyson stick vacuum.

More than one in 10 consumers also found that the brush had stopped working within three years, which the testers said was higher than average.

One dissatisfied user said the cleaner’s performance had ‘degraded quickly’ while another called it ‘extremely frustrating’.

Responding to the findings, Dyson said their own tests and surveys ‘differ from the reliability predictions made by Consumer Reports’.

‘Dyson goes to the limit to create machines that perform exceptionally, are delightful to use, and last a long time,’ the company said.

Some of the firm’s upright vacuum cleaners are still on the recommended list, Consumer Reports said.

Last month the firm’s Brexit-backing owner Sir James Dyson announced he would relocate the Dyson head office from the UK to Singapore. 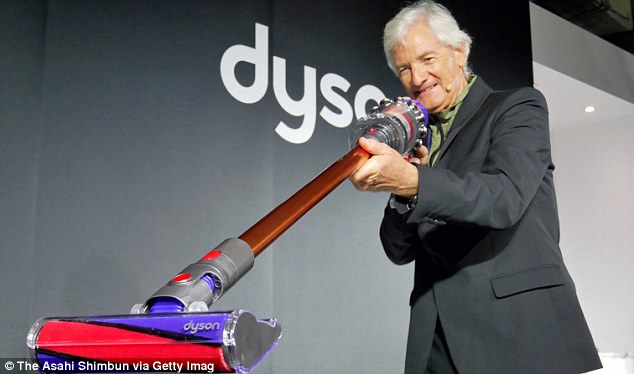 Consumer Reports has downgraded the British firm’s products (pictured, founder Sir James Dyson holding a Cyclone V10 in Tokyo) after they scored just two out of 10 in a reliability test

The bombshell announcement will mean Dyson is no longer a British registered company and Singapore will become its main tax base.

It is the second blow Dyson has dealt to Brexit Britain after last year’s announcement that it will manufacture its new electric cars in Singapore, rather than the UK.

Two of Dyson’s senior executives will move to Singapore initially, with the head count to grow over the coming years.

The announcement was made alongside Dyson’s full year results for 2018, when profits topped £1billion for the first time.

Turnover rocketed 28 per cent to £4.4billion and profits jumped 33 per cent to £1.1billion thanks to the success of products such as its Supersonic hairdryer.