Officials at Los Angeles’ City Hall are considering ripping all of the building’s carpets up, as rats and fleas are said to be running riot in its halls.

A motion was filed by Council President Herb Wesson on Wednesday to enact the much needed makeover amid a typhus outbreak in the downtown area.

Wesson said a city employee had contracted the deadly bacterial disease at work, and now he’s urging officials to investigate the ‘scope’ of the long-running pest problem at the council building.

‘Employees shouldn’t have to come to work worried about rodents,’ Wesson said to the .

‘I intend to do whatever it is we need.’ 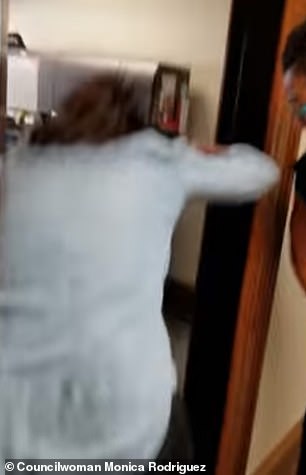 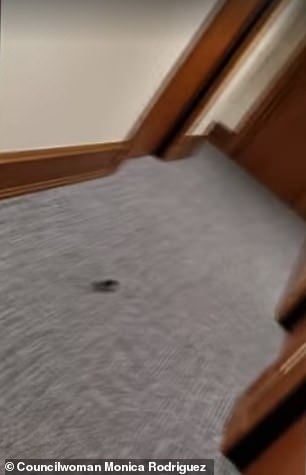 Councillor Monica Rodriguez captured one of many pest sightings at the City Hall building, this week. A rodent can be seen currying away from workers as they try to trap it 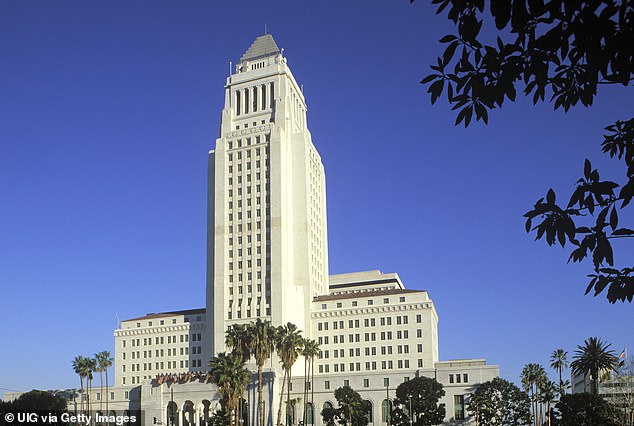 The 91-year-old building has been subjected to an increase of rodent and pest sightings over the last few months. A number of workers have even contracted typhus in the building

After one of his staff members was bitten by a flea late last year, Wesson closed the entire fourth floor office and had all the rugs removed.

But after learning an employee on another floor has suffered the same fate, he’s asked officials to examine how much it would cost to re-carpet the whole of the 91-year-old building.

The demand has come after health officials in the downtown area announced the district is in the midst of a typhus outbreak, with several homeless people who live near City Hall affected.

The disease flourishes in unsanitary conditions and is often spread by flea-infested rats.

Wesson says he’s yet to see one scurrying around in his office but a number of his colleagues have shared stories and even capture videos of their encounters with the creatures. 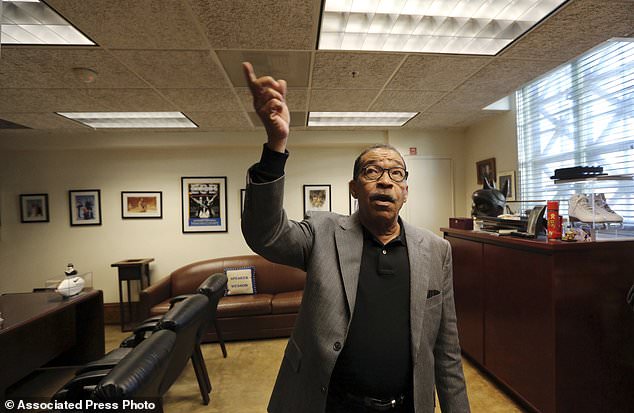 ‘We had an employee or two mention they heard something in the ceiling,’ Wesson said.

‘Then we had an employee spot what she believed to be paw prints.

‘You shouldn’t be worried about coming to work and catching some virus.’

In November, deputy city attorney Elizabeth Greenwood said she contracted the illness in the east-wing of the building, experiencing high-fever and vertigo.

‘I was in shock. Who thinks of Typhus?’ Greenwood said to . ‘I thought of Typhus as something I read about in history books.’

Greenwood says she was so severely ill she thought she was going to die.

‘It is terrifying to me that going from my car, up an elevator to my office, I can get this disease from a flea bite.’

She’s refusing to return to work until the building is properly fumigated.