A rare deadly cancer associated with breast implants has now killed nine women in the US, health officials have warned.

A further 448 have been diagnosed with anaplastic large cell lymphoma (BIA-ALCL) which forms in the scar capsule around the implant, the Food and Drug Administration said Wednesday.

The amount of women diagnosed with BIA-ALCL – which kills cells in the immune system and normally begins with pain and swelling in the breast – shot up from 414 cases in the last 12 months and 359 the year before that. 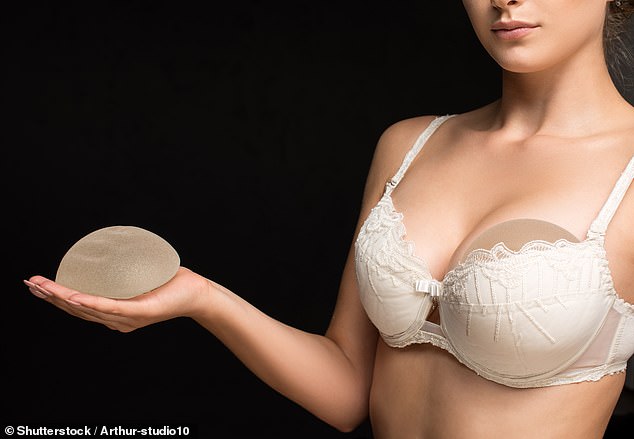 There have been more than 600 cases of the rare cancer reported worldwide and 16 deaths.

The FDA said that while breast implants were not the only cause of BIA-ALCL, women that have the surgery are at an increased risk of diagnosis.

‘We hope that this information prompts providers and patients to have important, informed conversations about breast implants and the risk of BIA-ALCL,’ Dr. Ashar said in the statement.

The majority of ALCL cases have been linked to textured breast implants as opposed to smooth implants.

Smooth implants are softer than their textured counterparts, allowing for a more natural look and feel – but may lead to slightly visible rippling and shifting in position over time.

Textured breast implants tend to stick to the body’s tissue, helping them stay in the same position over time.

The textured implants have become increasingly popular because women don’t have to worry about getting the implant re-positioned.

However, the majority of ALCL cases have been linked to the textured devices.

In December, France’s National Agency for the Safety of Medicines and Health Products recalled its textured implants after it failed a safety approval. 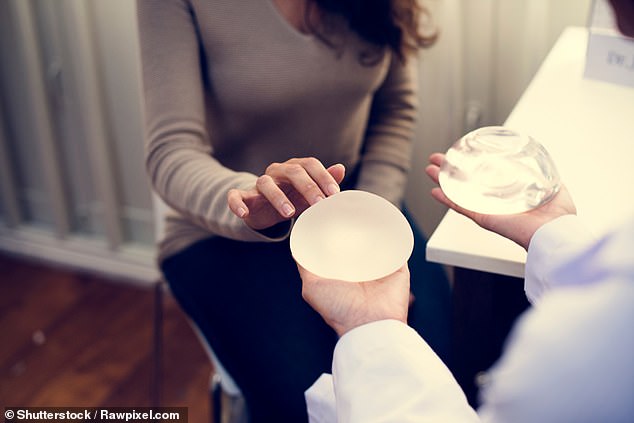 Of those, nine have died as a result of the cancer, which kills cells in the immune system and normally begins with pain and swelling in the breast

The FDA has issued a warning letter to surgeons highlighting the link between breast implants and anaplastic large cell lymphoma.

‘We want all healthcare providers to be aware … particularly in patients with new swelling, lumps, or pain around breast implants, to expedite diagnosis of this malignancy,’ the letter said, according to

‘When breast implants are placed in the body, they are inserted behind the breast tissue or under the chest muscle.

‘Over time, a fibrous scar called a capsule develops around the implant, separating it from the rest of the breast. In patients with breast implants, reported cases of BIA-ALCL were generally found adjacent to the implant itself and contained within the fibrous capsule.’

Nevada professor shoots himself to protest President Trump
Peggy Sue, the inspiration for Buddy Holly's songs, dies at 78
Twitter CEO Jack Dorsey complains about tax to support homeless in San Francisco
Hundreds of flights canceled and state of emergency declared as Midwest's snowstorm ruins travel
Donors for GoFundMe scam raised $400,000 homeless veteran gave his last $20 to buy her gas refunded
Republican state Rep. is accused of domestic terrorism for planning Bundy standoff in Oregon
Soldier stationed in Iraq calls cops to tell them he can see two burglars in his Chicago home
Teens ordered to stand trial for murders of University of Wisconsin doctor and her husband