President ‘s two Supreme Court picks are among four justices expected to attend the State of the Union. Justice Ruth Bader Ginsburg will not be among them.

The 85-year-old Ginsburg is recovering from cancer surgery in December. She made her first public appearance since the surgery on Monday at a concert given by her daughter-in-law in Washington, D.C. Ginsburg did not attend Trump’s speech last year, either. 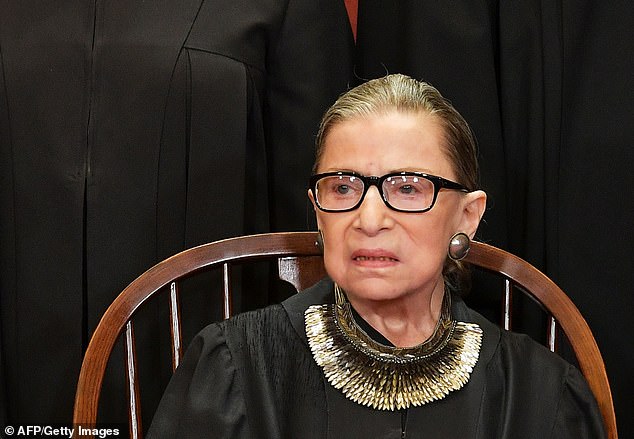 Official picture: Ruth Bader Ginsburg was photographed in November shortly before being diagnosed as having cancerous nodes in her lung and then undergoing surgery 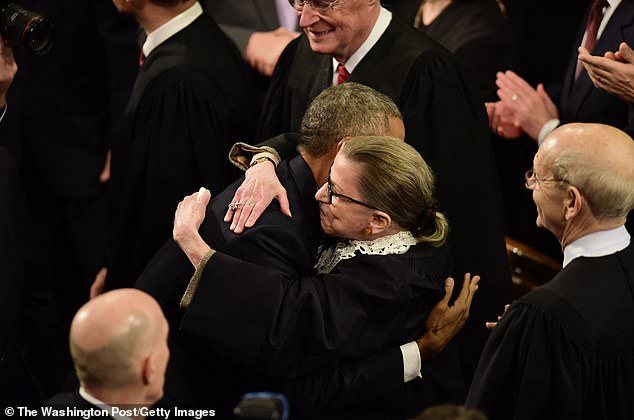 The way it was: Ruth Bader Ginsburg was present for all of Barack Obama’s State of the Union addresses, and hugged him as he entered or left the chamber including at his final speech in 2016

On Monday Ginsburg made her first public appearance since undergoing lung cancer surgery, attending a concert in her honor given by her daughter-in-law and other musicians.

Ginsburg had surgery in New York on Dec. 21. She missed arguments at the court in January, her first illness-related absence in more than 25 years as a justice, and has been recuperating at her home in Washington.

On Monday night, Ginsburg attended a concert at a museum a few blocks from the White House. It was given by Patrice Michaels, who is married to Ginsburg’s son, James. Michaels is a soprano and composer.

The concert was dedicated to Ginsburg’s life in the law.

The justice sat in the back of the darkened auditorium at the National Museum of Women in the Arts. The National Constitution Center, which sponsored the concert, did not permit photography.

The performance concluded with a song set to Ginsburg’s answers to questions. 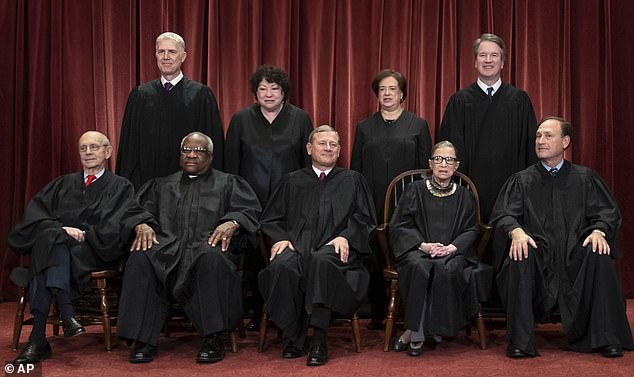 Mostly staying away: Of the nine justices, those at the State of the Union are: Chief Justice John Roberts (center) and Justices Neil Gorsuch (back row, left); Elena Kagan (back row, second from right); Brett Kavanaugh (back row, right)

In introducing the last song, Michaels said, “bring our show to a close, but not the epic and notorious story of RBG.”

Ginsburg had two previous bouts with cancer. She had colorectal cancer in 1999 and pancreatic cancer in 2009.

James Ginsburg said before the concert that his mother is walking a mile a day and meeting with her personal trainer twice a week.

Bader Ginsburg was present at all Barack Obama’s State of the Union addresses and hugged him as he entered or left the chamber.

Other Justices’ attendance has been patchy at best. Justice Samuel Alito has not attended since mouthing ‘not true’ at Obama in

Retired Justice John Paul Stevens never attended any in 35 years on the bench.

Migrant girl, 7, dies of dehydration and shock while in Border Patrol custody with her father
Woman describes how she was slammed into a concrete wall during the Bourke Street Massacre in 2017
Heartbreaking moment a tangled turtle has to be cut free from a fishing net in Crete
Nilufer Atik tries Sheertex Sheers's £75 unrippable tights
Bronx bodega murder suspect carries a book about 'how to kill a prosecutor' into a court hearing
Toe-curling video shows expert dig fungal bacteria from a patient's toenails after years of neglect
Kentucky governor's mansion flips to a DEMOCRAT as Donald Trump's political coattails get shorter
Bond gets an electric car and a wife who refuses to take his second name in Time To Die film