Mark Zuckerberg’s sister says she left because she ‘hated being the only woman in almost every room that I was in for 10 straight years.’

Randi Zuckerberg, 36, left her brother’s company in 2011 to found her own social media firm.

But she said that women continue to be marginalized in the male-heavy world of tech. 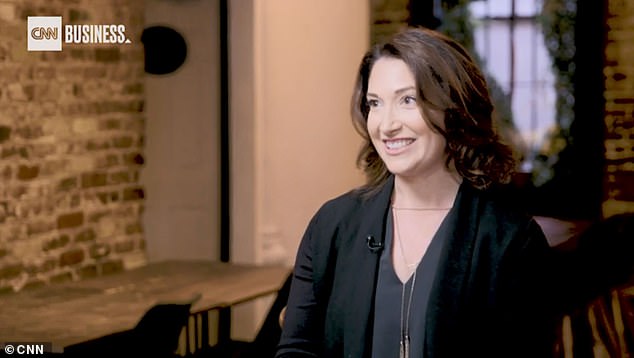 Randi Zuckerberg, 36, left her brother’s company in 2011 to found her own social media firm

‘I always felt very complicated about gender roles in Silicon Valley,’ she told .

‘[But] I hated being the only woman in almost every room that I was in for 10 straight years.

Randi Zuckerberg, who worked in the fledgling live video department of the social network in its early days, says that Facebook was her brother’s vision. 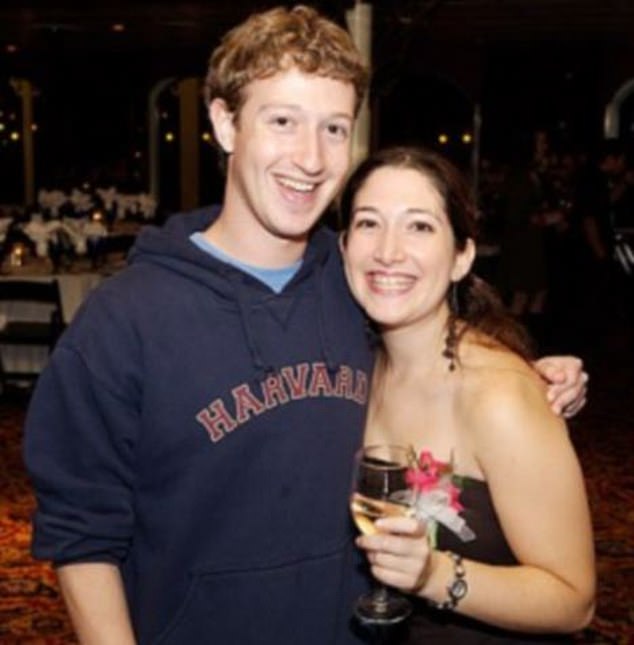 In 2004, Mark Zuckerberg (left) asked Randi to help him at his startup social network, Facebook, which had just 50 employees at the time

‘At some point I really wanted to create something for myself.’

She recalls how her brother asked her to join Facebook in 2004, when it was just a startup with some 50 employees.

Zuckerberg says that since that time, tech has had difficulty integrating women into the workforce.

‘One of the things that I did realize is that I desperately wanted to see a world where there was more representation from women in the room,’ she said.

‘And I couldn’t understand why, after 15 years, it’s changed so little.’

She says that for women to rise in tech, they should take one piece of advice. 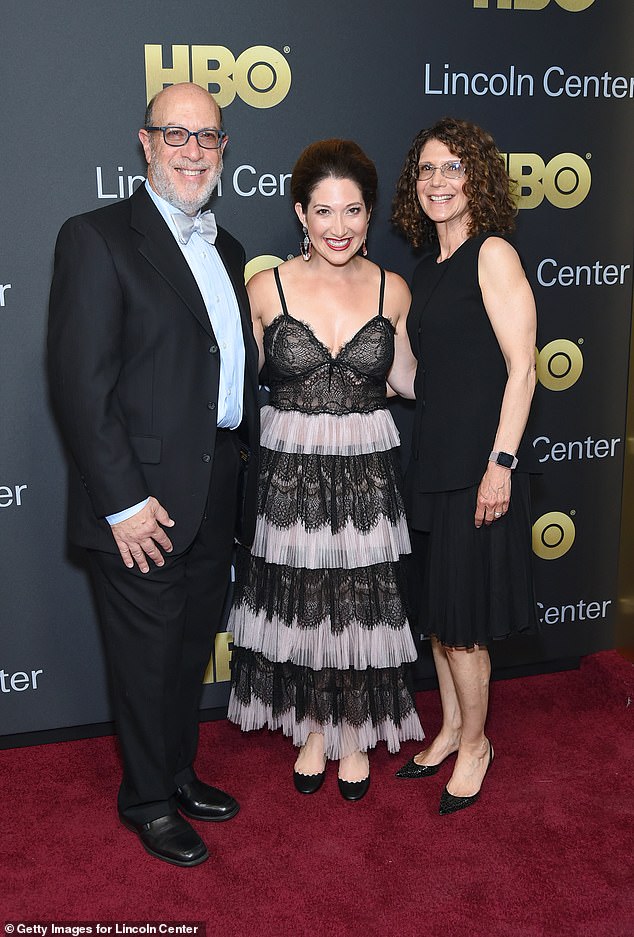 ‘Even to this day, my best advice for young women in tech is to have a man’s name like Randy because I can’t even tell you how many meetings I got in those early days of Facebook because people thought that they were meeting a dude,’ she said.

‘And I just feel like it is my life mission to use the luck that I had and hold the door open for other women.’

In her interview with CNN Business, Zuckerberg says that her father initially offered his children the option of running a McDonald’s franchise instead of going to college.

‘My dad, funny enough, right before each of us went to college offered us the options of going to college or like investing in a franchise and running it,’ she said.

The children eventually declined the offer, and it appears they made the right choice.

Mark Zuckerberg went on to Harvard University, but dropped out. During his time in school, he created a social network that eventually grew to Facebook.

Today, Facebook is worth $488billion – this despite negative headlines in recent months over the tech giant’s privacy policies and its handling of ‘fake news.’

Randi Zuckerberg has kept a low public profile, but she hasn’t been shy about weighing in on controversial topics involving her famous brother. 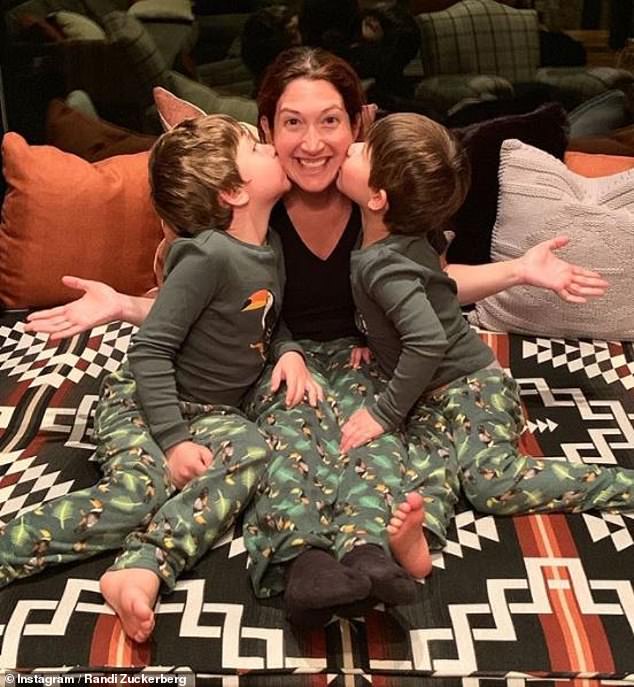 Randi Zuckerberg left Facebook and founded a children’s entertainment and media company. She is seen above with her two sons

Last summer, she came to his defense when Facebook was under fire for not removing posts denying the Holocaust.

Mark Zuckerberg, who is Jewish, said in an interview with Recode that Facebook posts denying the Holocaust took place would not be removed automatically.

He said he thinks that there are things ‘that different people get wrong,’ and that he does not think they are ‘intentionally’ getting it wrong.

Randi spoke to CNN Money in a written statement Thursday and said: ‘As a leader in the Jewish community, and someone who has worked at the ground floor of social media, I felt a responsibility to weigh in.’

‘Banning Holocaust deniers from social media will not make them go away,’ she said. Those bent on lying, sowing misunderstanding, and breeding hate will never be truly silenced. Let this remind us why we need our Jewish institutions more now than ever.’