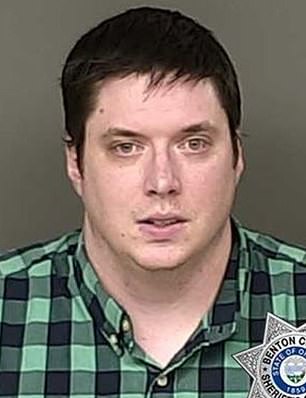 Police said Edd Lahar, 30, had recordings on his phone that showed him abusing the infant in Oregon from June 2018 to as recently as January

An Oregon man has been arrested after he allegedly filmed himself raping a baby girl multiple times.

Police said Edd Lahar, 30, had recordings on his phone that showed him abusing the infant from June 2018 to as recently as January.

Police searched his home on Thursday and found the evidence of sex abuse against the infant.

In addition to the phone footage, police also found pornographic images on Lahar’s computer, which he had deleted.

The victim was less than two months old when the abuse started and it continued until she was nine months.

It is not clear how Lahar knows the victim. 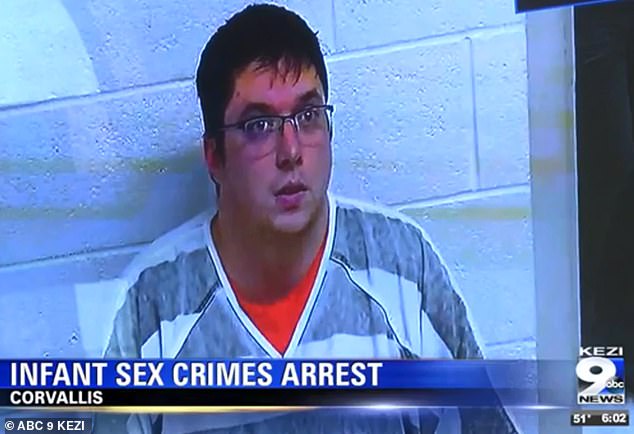 When questioned by authorities, Lahar initially claimed that the pornographic images were taken by accident.

Benton County District Attorney John Haroldson told KEZI that Lahar could face life in prison for some of the charges.

‘As a prosecutor, one of our top priorities is to protect our most vulnerable citizens,’ Haroldson said.

‘It’s hard to imagine anyone more vulnerable than an infant.’

Lahar was charged with first-degree rape, first-degree sexual abuse and using a child in a display of sexually explicit conduct.

His bail was set at $1million and he was ordered not to have any contact with the baby girl or her mother.

He is also not allowed any access to the internet or recording devices.