Following their huge success with Birdbox and Black Mirror: Bandersnatch late last year has unleashed another talking-point feature onto its streaming service.

True crime documentary Abducted in Plain Sight was first released back in May 2017 in the US but only dropped on Netflix UK last month and has been steadily gaining cult status thanks to its jaw-dropping twists.

Telling the real life story of Jan Broberg who was abducted twice and sexually abused by family friend Robert Berchtold in the 1970s, viewers have tweeted their shock after watching the 90 minute documentary. 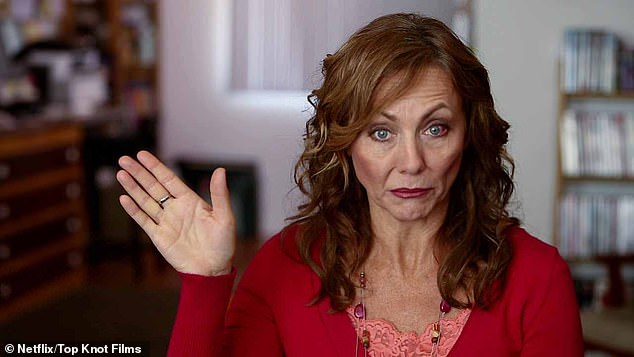 The film, directed and produced by Skye Borgman, details the story of Jan, who later in life became an actress, and her abductions which happened when she was just 12 and 14.

Berchtold tricks both of Jan’s parents into giving access to their young daughter, with the parents later shockingly waiting days to report her missing.

During the first abduction Berchtold fled to Mexico with Jan where he tried to brainwash her before she was returned home weeks later. 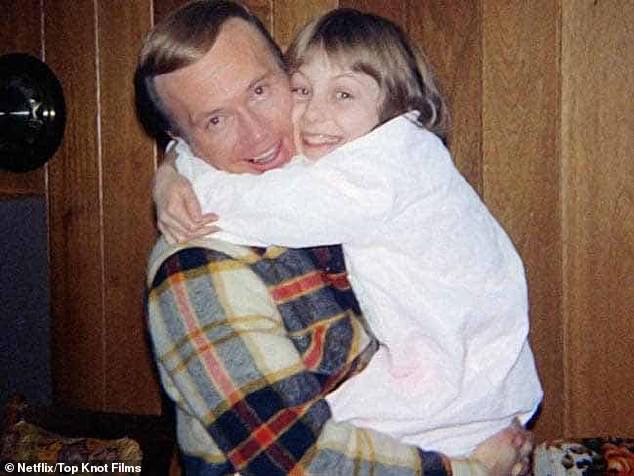 Shocking: Telling the story of Jan Broberg who was abducted twice and sexually abused by family friend Robert Berchtold (pictured with Jan) in the 70s, viewers have tweeted their shock

He enrolled her in a Catholic girls’ school, posing as her father to try and keep her family and the authorities away.

Jan and her mother, Mary Ann, have in the years since spoken at a number of events to raise awareness of sexual abuse, while Mary Ann has also written a book.

Mind blowing: The bizarre details of the case has shocked viewers, with one tweeting: ‘Only 20 minutes in and I am disturbed beyond words. WHAT IS THIS’

The documentary consists of talking-head interviews with Jan, her parents and Berchtold’s brother as well as an FBI agent assigned to the case.

The bizarre details of the case have shocked viewers, with one tweeting: ‘After hearing everybody in work talking about it, I’m finally watching Abducted in Plain Sight; only 20 minutes in and I am disturbed beyond words. WHAT IS THIS.’

‘Watching, Abducted in Plain Sight and every time I think it can’t get worse, IT DOES… wtf.’ 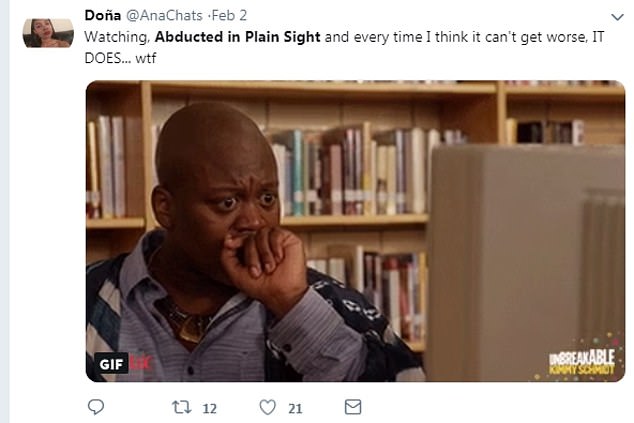 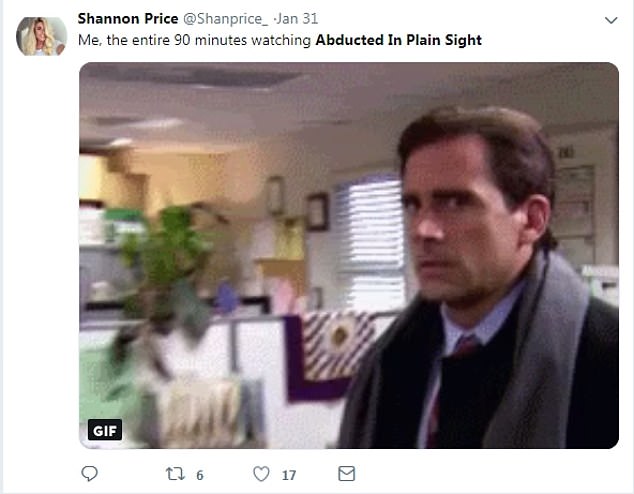 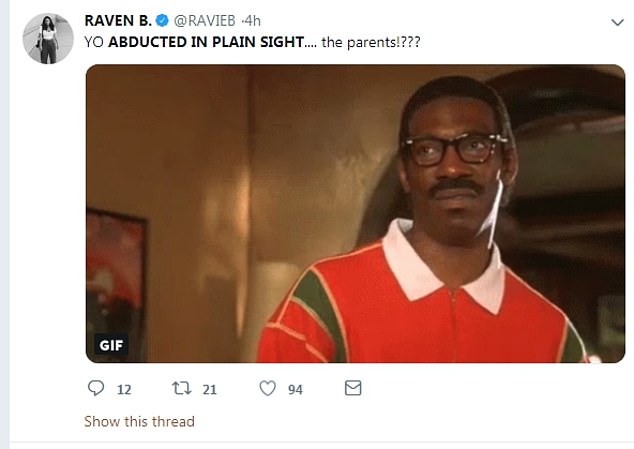 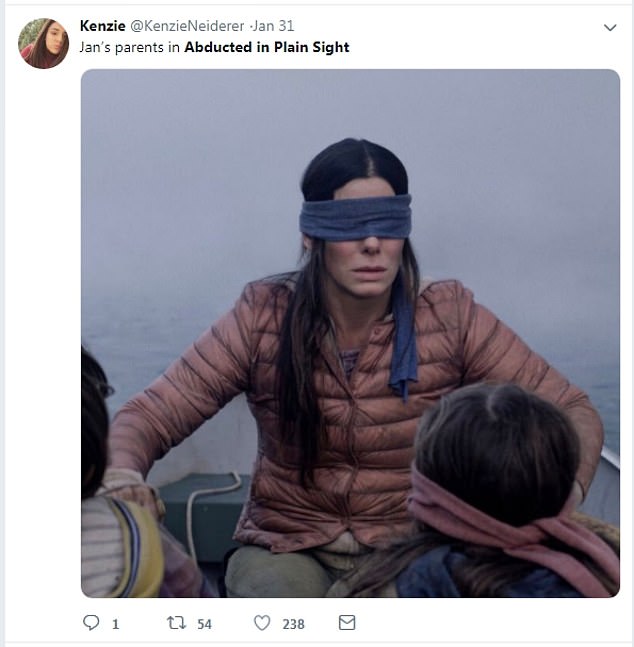 Reactions: Others tweeted memes and gifs of their responses to the real life case’s many jaw-dropping twists

‘We have just watched Abducted in Plain Sight on @NetflixUK and my mind is blown. Wtf wtf wtf wtf?’ tweeted writer Sali Hughes.

‘Watching, Abducted in Plain Sight and every time I think it can’t get worse, IT DOES… wtf,’ agreed another, while others tweeted gifs depicting their shocked reactions, especially in reaction to the revelations that both Jan’s mother and father had a sexual relationship with Berchtold.

In an interview with last week, filmmaker Skye Borgman admitted he understands the internet’s reaction to his documentary.

‘Some of them I can really appreciate. And it’s really the ones that are just sort of shocked faces saying, what?! what?! what?!,’ he said. 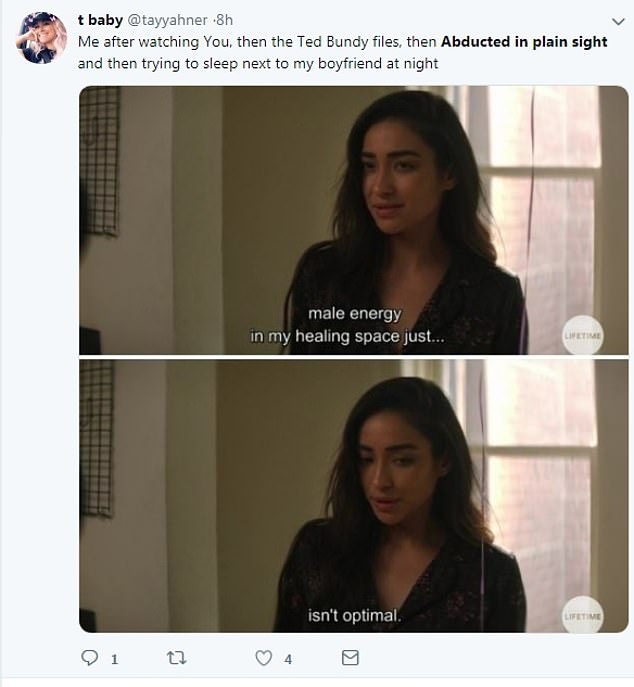 Crime fans: With an abundance of crime documentaries and thrillers available on Netflix, some viewers have overloaded on the genre

He went on to consider that viewers’ reaction reflect the Broberg’s family’s response at the time, explaining: ‘I think that’s a lot of what I felt was important was that this family felt completely bombarded with all of these different things that were happening to them.’

‘So bombarded that they completely lost sight of their children, and I wanted the film to feel that way.’

‘I think that’s probably not far off from how these parents were feeling at the time that there was just so much stuff being thrown at them that they just had no idea what to do and how to feel.’

‘So I can certainly appreciate some of the memes that are out there, yeah, and maybe in a way sort of get a laugh out of it. It does provide a little bit of levity, which I can appreciate.’

Abducted in Plain Sight is available on Netflix now. 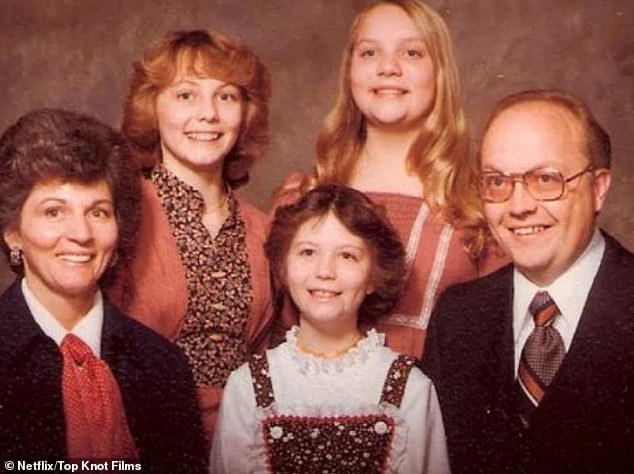 Twists and turns: In an interview with Vice last week, filmmaker Skye Borgman admitted he can appreciate the internet’s reaction to his documentary (Jan pictured with her parents and sisters)

MAFS' Melissa Lucarelli shows off her slender figure in Sydney
Kevin Clifton blows a kiss to Stacey Dooley at Burn The Floor
Dua Lipa showcases her washboard abs in a TINY red crop top for night out with boyfriend Anwar Hadid
Angelina Jolie looks ethereal in white as she takes her kids out for lunch in West Hollywood
The Crown: The biggest moments in history to look out for in Series Three
Paris Hilton is flirty and fun in a green miniskirt at the launch party for Diesel in Miami
Nick Grimshaw reflects on the pain of losing pal Caroline Flack
Eva Longoria puts on a stunning display in sexy white one-piece as she enjoys a day of yachting