An ‘overstretched’ police force has divided opinion by spending time ‘arresting’ Elsa from Frozen for a charity photoshoot.

Surrey Police shared images on social media today showing one of its officers handcuffing the woman, putting her in a police van, and then taking her to the cells.

Several people commented on accusing the force of time-wasting, although others replied with laughing emojis. 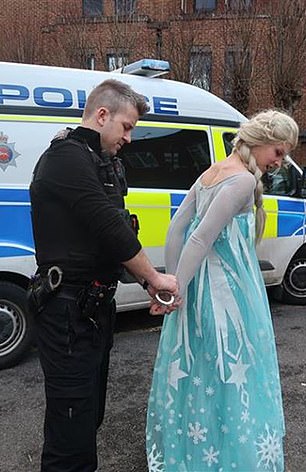 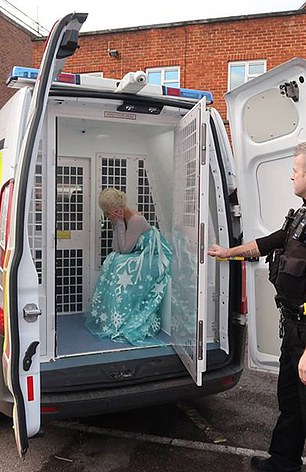 The force urged people to money to homeless charities to help ‘bail out’ the fictional character.

Posting on Facebook, the Reigate and Banstead beat team said: ‘Today we arrested Elsa [the dangerous fugitive we believe to be responsible for all this cold weather].

‘Despite her sister Anna turning up to demand we “let her go”, she didn’t have any British money to pay for her bail and her assets have been “frozen”… 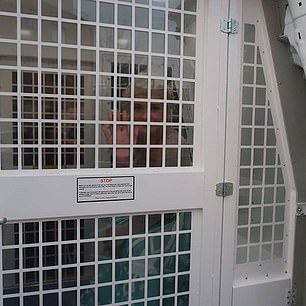 ‘Elsa’ in the back of the Surrey Police van

‘Maybe you could help out to raise enough money for this Ice Queen’s bail?

‘All donations go to Street Link and East Surrey Outreach, two fabulous charities that are getting vulnerable people off the streets in this icy weather and giving them a much needed second chance.’

Bosses at Surrey Police have regularly been vocal about being overstretched.

Police and Crime Commissioner David Munro has said police ‘could not be everywhere’ and had defended the decision to close police counters in the force area.

The idea of ‘arresting’ Elsa for social media stunts appears to have originated from police forces in the US.

On Facebook, Truely Magical Princess Parties reassured followers that the police officer involved was off duty at the time and had helped out as a favour to raise money for charity. 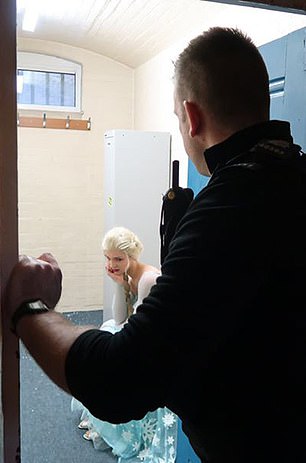 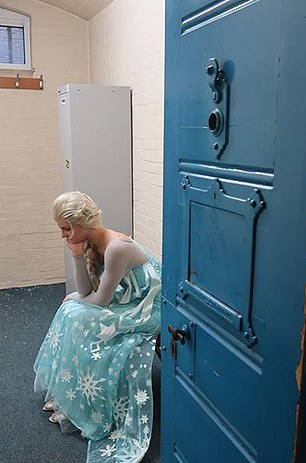 Jordan Barrett lives it up at the NYFW launch of his Frame collaboration
Stockport in the dock after latest fan attack during FA Trophy semi-final defeat by AFC Fylde
Venezuela's Maduro says Norway talks sought 'peaceful...
Sex abuse compensation fund paid £71million to alleged victims in one year
A rare Star Wars Boba Fett figurine is expected to set record with up to $500million at auction
London fire chief Dany Cotton will quit this month
Eco-edict that all new cars be electric in 15 years is doomed to backfire says JOHN NAISH
Oscars 2020: Best dressed stars shine on SOGGY red carpet