His stint on last year’s hit the headlines after he shared a drunken kiss with his married professional partner Katya Jones.

And it seems comedian Seann Walsh has a type as he was spotted passionately kissing a Katya lookalike during a boozy night out last week.

Seann, 33, shared a steamy smooch with US stand-up talent Madison Sinclair after hitting a West Hollywood bar, before the giggling pair made a supermarket stop for condoms. 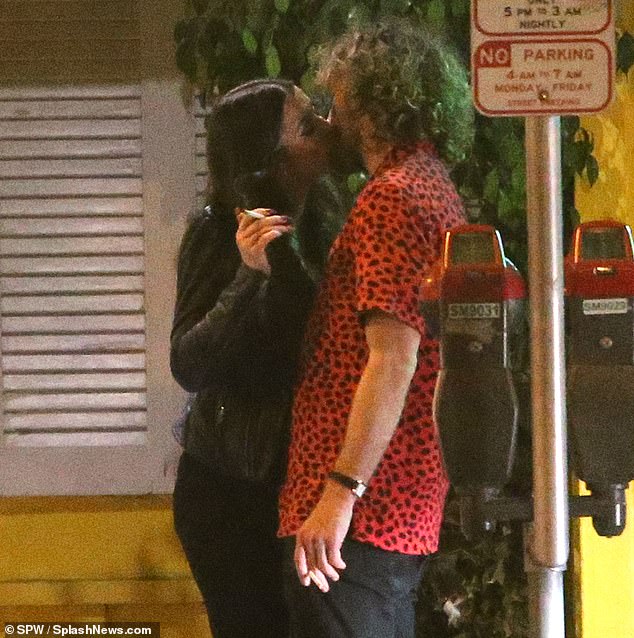 Kiss: Seann Walsh shared a steamy smooch with US stand-up comedian Madison Sinclair during a boozy night out last week, after hitting the headlines late last year for his drunken kiss with his married Strictly Come Dancing partner Katya Jones

After drinks at the Dan Tana restaurant a smitten Seann leaned in for a kiss with brunette beauty Madison.

An onlooker told The Sun: ‘They were standing around chatting before Seann went in for the lunge.

‘They were snogging for ages, Seann leaning against the meter pole and really going for it. 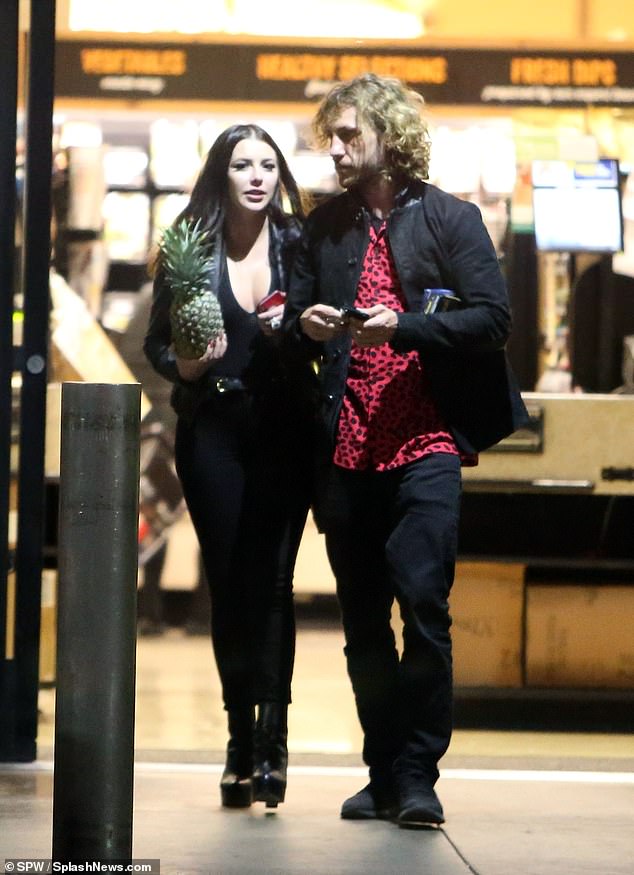 Boozy night: Seann, 33,  and Madison made a supermarket stop for condoms after sharing their kiss outside a West Hollywood bar

The pair then made a stop at a local store to pick up some essentials – condoms and bizarrely a pineapple, with the onlooker commenting:  ‘Seann was looking pretty smug, and kept giggling. They seemed set for a lively night.’

Madison even posted an Instagram photo of their purchases sitting on the checkout conveyor belt, captioning it: ‘Wednesday night purchases’.

On Sunday the comedic talent joked about her encounter, posing on the beach in a sizzling black swimsuit while holding her tropical fruit, as she quipped in the caption: ‘Glad me & this pineapple can finally go public.’ 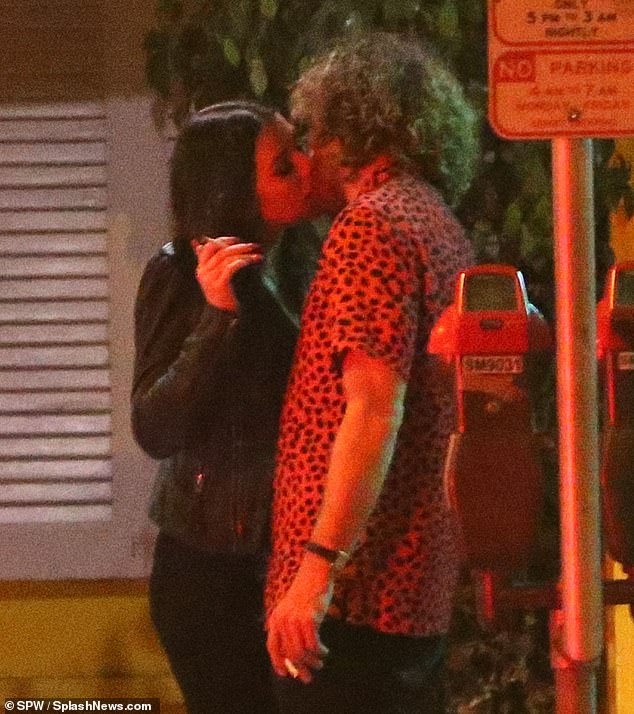 Kiss me quick: After drinks at the Dan Tana restaurant a smitten Seann leaned in for a kiss with brunette beauty Madison

Seann shared a photo of Madison on his own Instagram snap hours before their kiss, as the pair enjoyed their night with pals.

Seann’s kiss with Katya Jones was the key talking point of 2018’s Strictly.

The comedian was living with his girlfriend Rebecca Humphries when photos emerged in October of him kissing Katya after a boozy night at a London pub.

Rebecca promptly dumped Seann publicly via Twitter and famously told fans she had taken their cat for herself.

While Rebecca and Seann ended their relationship, Katya and her husband Neil,  who is also a dancer on Strictly, decided to work through their issues following the scandal.

Following the scandal, Seann and Katya both issued grovelling social media apologies, and also appeared on It Takes Two to set the record straight, with Katya insisting her marriage to Neil was ‘absolutely fine.’

The duo weren’t voted off Strictly until three weeks later leading to plenty of speculation about their relationship while they performed.

Seann tried to make light of the cheating scandal as he returned to comedy after being voted off the BBC show.

He reportedly branded Neil ‘gay’ at a stand-up gig following his drunken kiss with his wife Katya and joked about his new found celebrity status.