A pastor praying with an east Belfast man as he was brutally murdered told how the victim ‘willingly gave his life for others’ and died with ‘dignity’.

Ian Ogle, 45, was stabbed and beaten in the street near his home in east Belfast, on Sunday 27 January.

The father-of-two was attacked and stabbed 11 times as he prayed with pastor Kevin Sambrook.

He passed away while his son Ryan was with him and his wife and daughter rushed to help, and today, more than 1,000 mourners lined the streets outside his home to pay their respects as the community worker’s funeral procession passed. 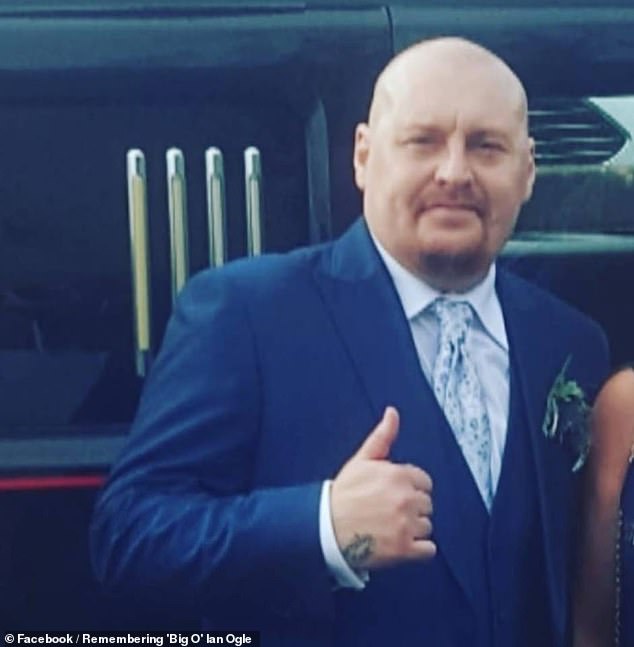 Ian Ogle, 45, was stabbed and beaten in the street near his home in east Belfast 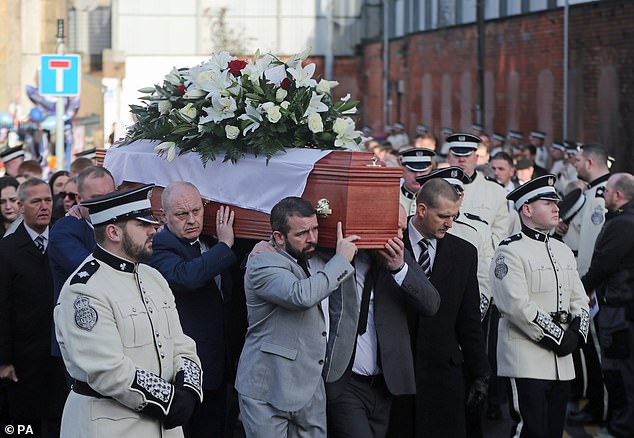 Detectives – who described the attack as ‘barbaric’ –  have linked the killing to people associated with the loyalist paramilitary group, Ulster Volunteer Force.

‘Savage, brutal, barbaric were words used to described Ian’s violent murder but I want to introduce words that described Ian that night – courageous, fearless and utterly selfless,’ he said at the funeral. 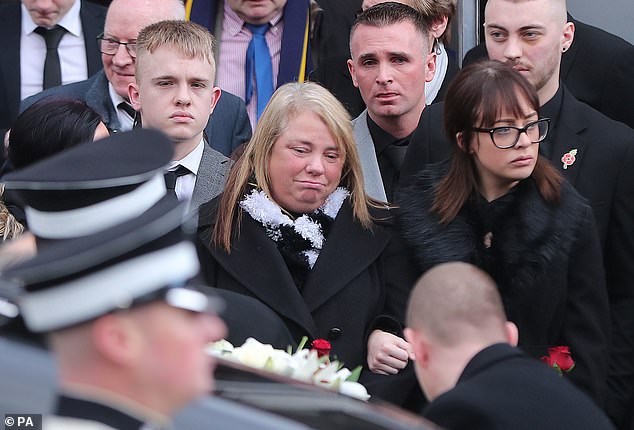 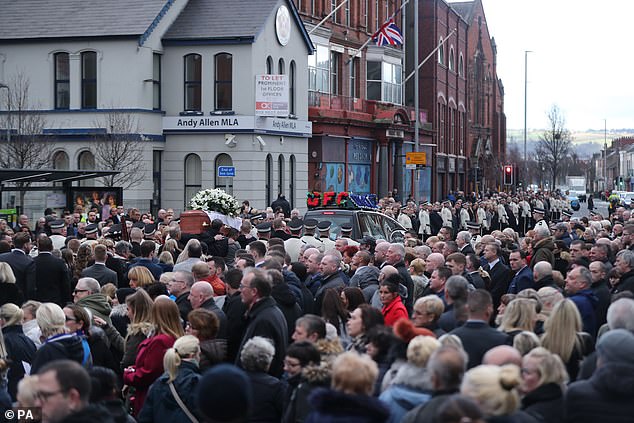 Mourners attend the funeral of community worker and father-of-two Ian Ogle, who was murdered by a group of men near his home in Belfast 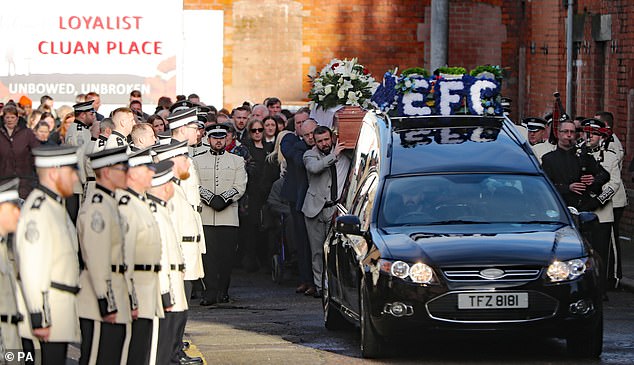 ‘He valued the lives of those he felt he needed to protect more than his own.

‘Moments before the attack he reminisced about his Granny who was a strong Christian woman and he said how she would say ‘you have got to turn the other cheek’.

‘Moments later Ian was attacked and brutally murdered and I found myself kneeling beside him as he lay dying, praying that Lord would be with him.’ 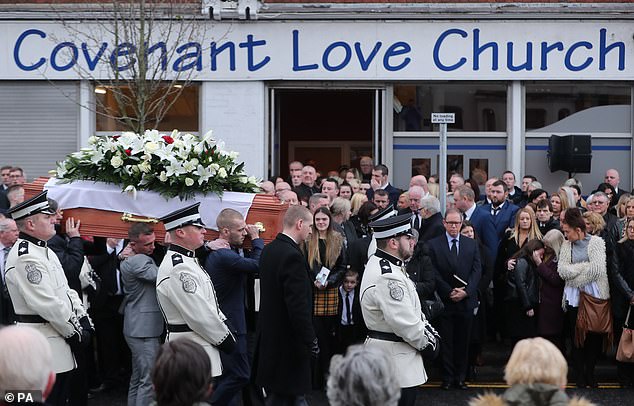 The pastor spoke of Ian’s ‘unparalleled bravery’ in his death and lauded his selflessness, referring to the 45-year-old’s protection of his family after an incident involving his son at a bar 18 months before that left him fearing a revenge attack on either his son or daughter.

‘Ian met his end with unparalleled bravery and died protecting those he believed to be danger without a second thought for his own safety,’ he said.

Adding: ‘What I witnessed that night will stay with me for the rest of my life but my strongest and most abiding memory will be not of Ian’s murderers, but rather this brave and selfless man displaying supreme courage with a heart of a lion meeting lethal danger head on knowing he never stood a chance, but content to fulfil an obligation to protect others. 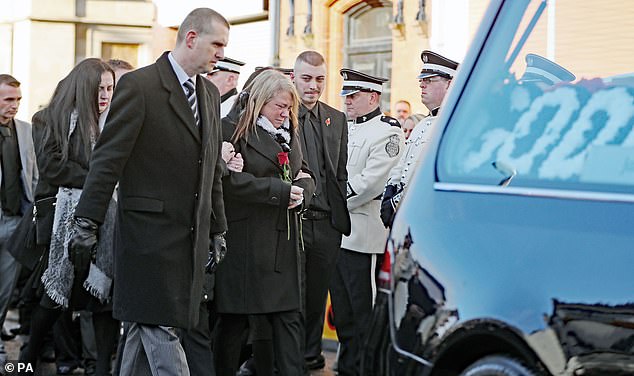 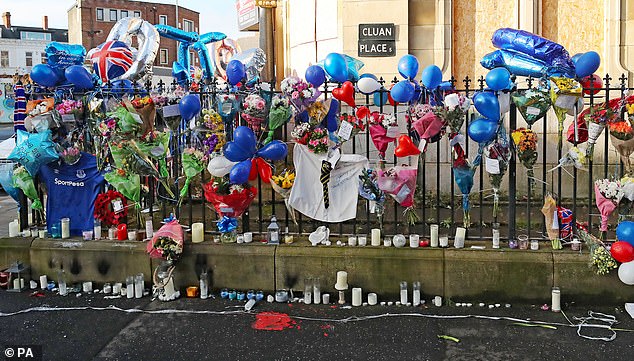 ‘I saw a man that night with dignity.’

The PSNI said that he was attacked by a group of at least five men. The men savagely beat Mr Ogle and left him with a fractured skull and 11 stab wounds in the back.

Speaking to BBC Northern Ireland, Ian’s daughter, Toni Johnson alluded to the incident that involved her brother: ‘My daddy, over the past 18 months, was expecting an attack on the house or an attack on my house.

‘My daddy was living in fear that they were going to kill my brother.

‘And then they did. We were living in fear for 18 months and now the worst has happened.

‘Until my last breath I will be fighting for justice for my daddy.’

Two men aged 40 and 37 were arrested on Monday by detectives investigating the murder.

A total of 11 people have been arrested.