A devastated couple face having to pay out tens of thousands of pounds after discovering two hidden underground springs which are flooding their new home.

Patricia Crane, 62, and her husband Ron, 79, moved into their £320,000 bungalow in September 2017 before noticing it was often damp and the garden was regularly turning into a quagmire.

They found that two natural, underground springs were the cause and have been forced to pay specialist engineers to come and stop the flooding. 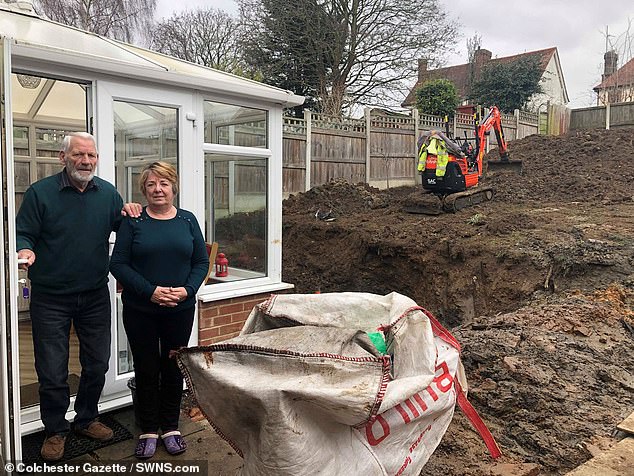 Patricia and Ron Crane face having to pay thousands of pounds to engineers after two underground springs completely destroyed their garden in Halstead, Essex 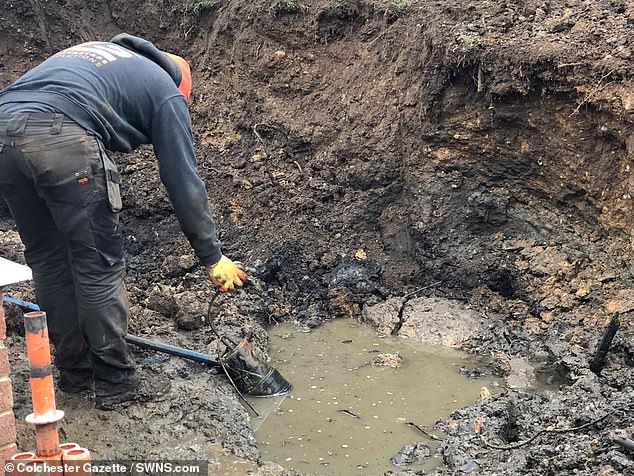 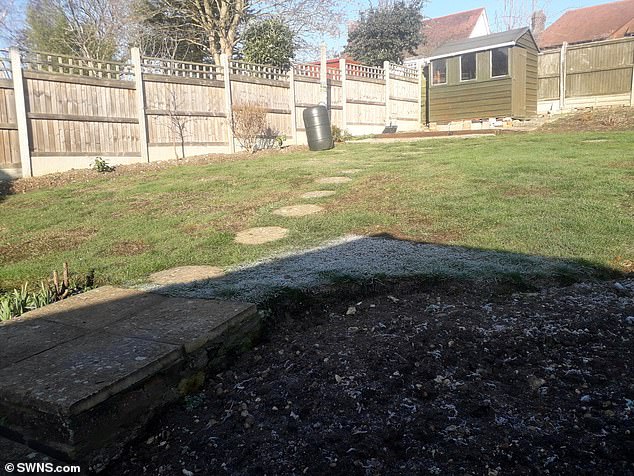 Before: The couple bought the property with a sweeping lawn. They didn’t have a survey done on the 1970s three-bedroom detached bungalow when they bought it

The despairing couple moved into the property in Halstead, Essex in October 2017.

They didn’t have a survey done on the 1970s three-bedroom detached bungalow when they bought it, so had no idea the springs were there.

After suffering flooding in February last year, Mrs Crane was told the Environment Agency was unable to help.

She contacted Essex County Council, which said the issue did not come under its remit either.

Mrs Crane said: ‘They [the previous owners] had a conservatory put in about 12 years ago and an extension put on nine years ago.

‘Both of those had to have been approved so we felt everything must have been fine.’

They now fear the previous occupants were aware of the spring, as they have since discovered that neighbours on both sides knew about it. 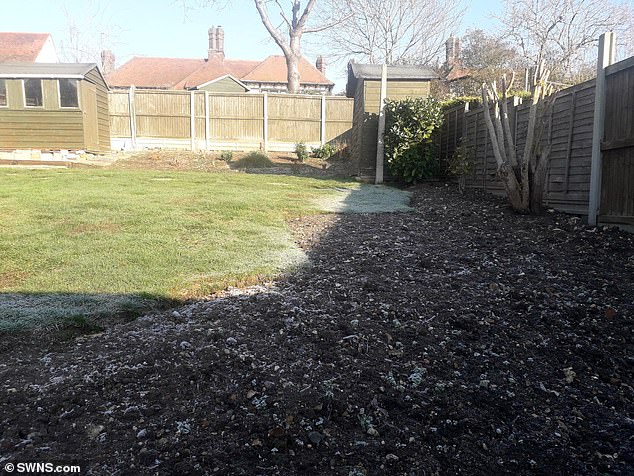 Before: The Cranes fear the previous occupants were aware of the spring, as they have since discovered that neighbours on both sides knew about it

Mrs Crane added: ‘I think they knew but kept quiet about it. It leaves a bitter taste in the mouth.

‘We will never be able to sit in our garden. It looks like a battlefield from the First World War.

‘We had big ideas for that garden. What we’re having to pay out for this is our savings. It’s everything we have. This is going to cost us about £12,000.’

She said she and former crane driver Ron moved from Romford to the bungalow in Halstead to make it easier for him after he developed a lung disease.

She added: ‘We couldn’t afford a bungalow in Romford. This has really put the dampers on it [the move]. It’s been an absolute nightmare.’ 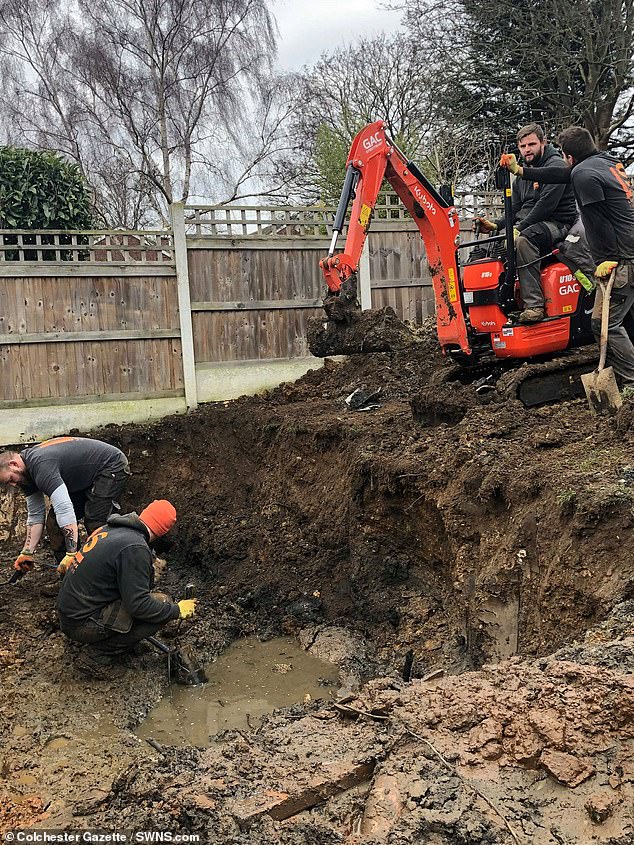 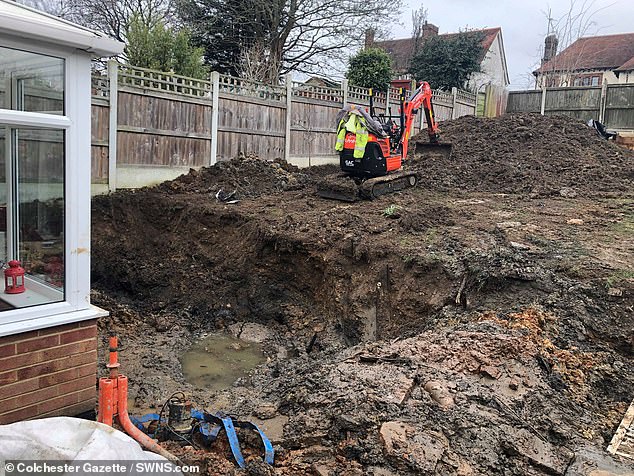 The despairing couple moved into the property in Halstead, Essex in October 2017. At that point they had no idea the two springs were there or how much destruction they would cause

The great-grandmother-of-four said: ‘We don’t know if it’s coming from under the house, there is always so much moisture in the house and we get that damp smell.

‘We’re worried about the foundations. The council said they will pay £6,000 for flood doors but they can’t divert the spring from the house.’

Mr Crane, 79, added: ‘They just keep fobbing you off, it doesn’t make sense.’

Mr and Mrs Crane have since had to buy dehumidifiers for their home because there is so much moisture.

Landscape gardeners dug a 35ft-long and 2ft-deep trench, which was already full of water the following morning.

They have now put perforated piping underground which is connected to a drainage sink so water can run free.

The initial quote for the work was £10,000, which Mr and Mrs Crane’s son Stephen was going to pay for.

But following the discovery of the level of damage, costs are likely to be higher. 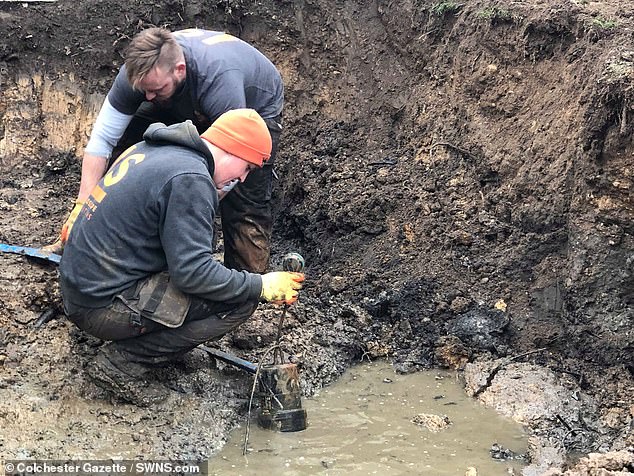 Landscape gardeners dug a 35ft-long and 2ft-deep trench, which was already full of water the following morning

An Essex County Council spokesman said: ‘The property level resilience grant exists purely to support residents with putting measures in place to reduce the risk of internal flooding in order to protect their properties.

‘The grant is funded solely by the Environment Agency, not Essex County Council, and remains an option for the resident.

‘The responsibility for addressing the spring itself would fall to the landowner, not Essex County Council.’