Jack Shepherd intended to marry Charlotte Brown and start a family with her prior to their first Tinder date despite never meeting her, according to his legal team.

‘He said to me, “I wanted a future with this girl, a family and maybe she will be my wife,” the speedboat killer’s celebrity lawyer told the

‘He said it was new and was the first date, but added “We had ­communication ­before and I saw it as serious.” 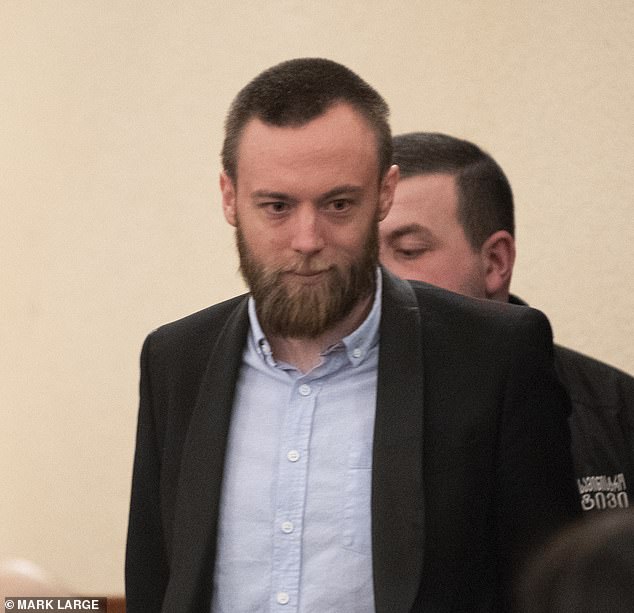 Jack Shepherd intended to marry Charlotte Brown and start a family with her prior to their first Tinder date despite never meeting her, according to his legal team 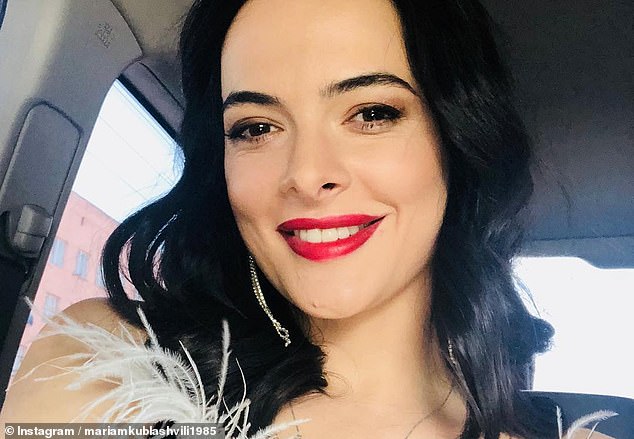 ‘He said, ‘We had feelings for each other and then she died.’

The comments from Mariam Kublashvili come after they launched a PR stunt to humanise Shepherd and clean up his public image.

On Thursday, images of Shepherd cradling his baby son in his arms looking like a typical doting father were released.

But just months prior to them being taken, the fugitive abandoned his wife and child and fled the country to escape justice for killing Charlotte Brown in a speedboat crash. 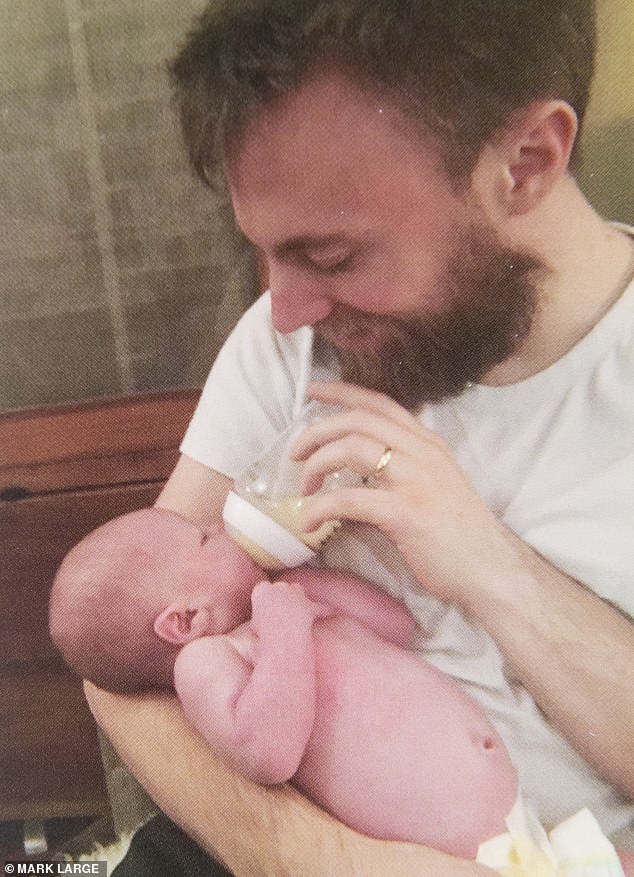 Image of a doting dad: Jack Shepherd with the son he has not seen for almost a year

The photographs – seen for the first time – were released by the fugitive’s legal team in his bolthole of Georgia in a cynical effort to paint the killer as a family man who has fallen foul of the British justice system.

His celebrity lawyer Mariam Kublashvili said: ‘We want to show he is a normal person.

‘He’s not some monster, he is a human being’. The stunt was met with anger by the family of Shepherd’s victim.

Miss Brown’s father Graham pointed out that Shepherd wed his wife only weeks after his daughter’s death.

He added: ‘Certain facts have already been widely reported by the Press. I have confidence in the general public to come to their own conclusions.’

The images are from a series of family photos that were confiscated from Shepherd, 31, after he handed himself in to Georgian police following a Daily Mail campaign for justice. 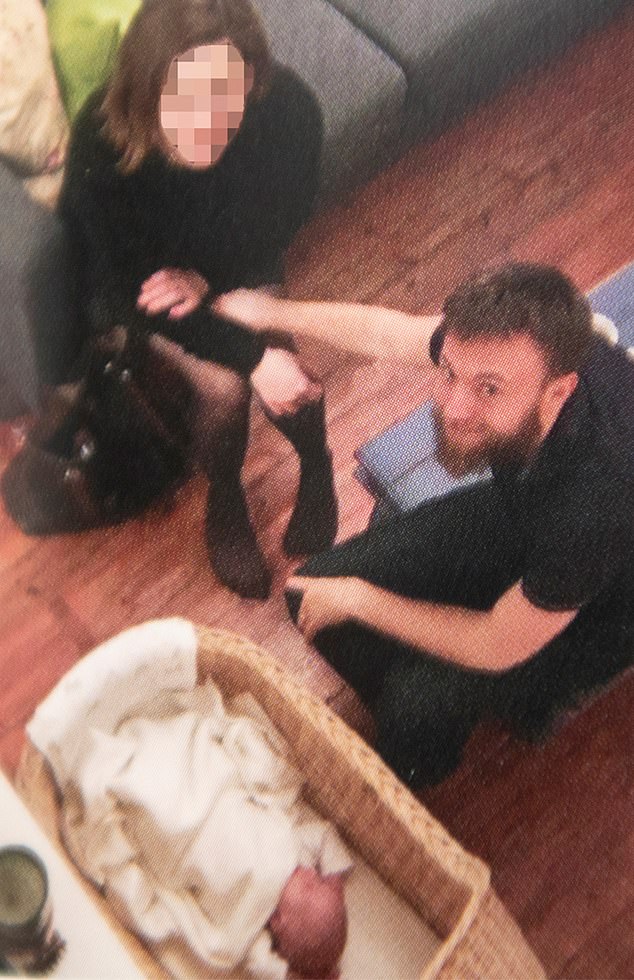 Pose: A picture of Shepherd with his now estranged wife and their baby son was released by the fugitive’s legal team in his bolthole of Georgia in a cynical effort to paint the killer as a family man who has fallen foul of the British justice system

With bits of Blu Tack and sticky tape still attached to them, the pictures of his estranged wife and their son – now aged two – appear to have been hurriedly taken off the walls of his hideout.

Shepherd, who is fighting extradition to the UK, attempted to take them with him to put up in his eight-square-metre cell along with a notebook and some nail clippers in his man bag. But Miss Kublashvili – a model turned lawyer who is representing Shepherd for a fee estimated to be as high as £15,000 – said her client was forced to hand them in.

She said: ‘He was trembling and shaking before he handed himself in and was clutching on to his bag.

‘I told him he had to leave them behind but we are hoping we can get the pictures back to him now that he is in prison.’ Shepherd’s legal team insist he has spent his time on the run in Georgia quietly, remaining faithful to his wife and missing the son he has not seen for almost a year.

But the claims are in stark contrast to the picture that has emerged over the past week suggesting he has treated the previous ten months like a holiday, partying, skiing and having an affair with a glamorous TV journalist.

The Mail revealed this week that Shepherd hopes to become a Georgian citizen, and bizarrely claims he wants to persuade his wife and child to join him there. 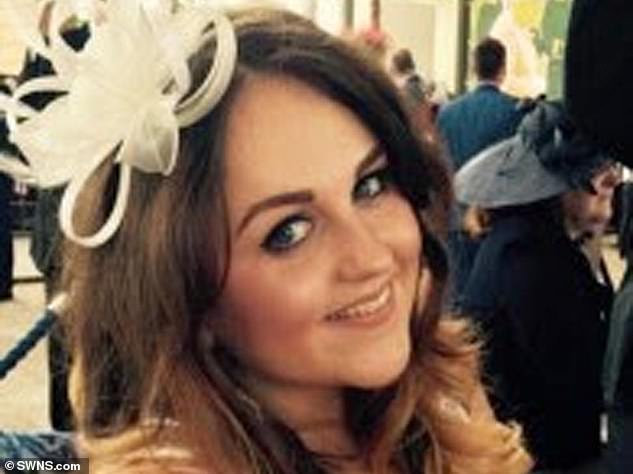 Shepherd’s wife disowned him after discovering he was on an internet date with Charlotte Brown, 24, (pictured) when he killed her in his speedboat on the Thames

The web designer had married his wife – who the Mail is not naming – just two months after the death of Miss Brown on the Thames in December 2015.

He fled to Georgia in March last year shortly after his wife threw him out of the family home when she discovered he was on an internet date with the 24-year-old.

In the months before the accident, he had entertained up to ten other women on the ageing and badly-maintained speedboat.

Shepherd is being held for three months at Gldani No 8 maximum security prison, where he hopes to fight extradition and serve his six-year sentence for manslaughter.

He is learning Georgian in jail in his bid to become a citizen of the former Soviet state, which requires candidates to speak the language and live there for five years.

During a court hearing on Tuesday, the killer spoke in Georgian giving his name as ‘Jack Sebastian Shepherdi’.

The judiciary in Tbilisi is under pressure to send him back to Britain to serve his sentence here, but Shepherd has blocked attempts to extradite him swiftly.

Police in the UK are also hoping to speak to him in relation to claims he glassed a barman with a vodka bottle at a pub in Devon last March.

The speedboat case sparked outrage when he claimed legal aid to appeal against his conviction while he was on the run.