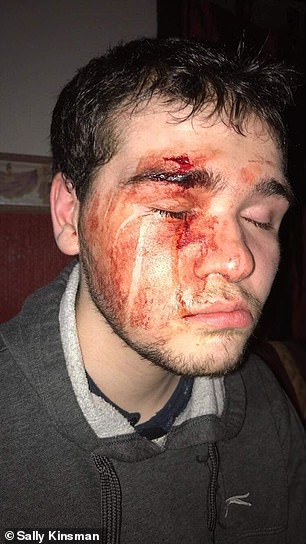 Jacob Comertoglu, 19, pictured, has been beaten up for the second time in just over a month while out walking in Bodmin, Cornwall

This is the moment an autistic teenager is head butted by a young thug before being beaten with a knuckleduster less than a month later.

Footage filmed by a witness shows the thug holding the teenager tightly and pushing him during the vicious attack.

Jacob Comertoglu, 19, who has Asperger’s Syndrome, was ‘beaten with a knuckleduster’ on Friday night after being called into a flat he was walking past.

On December 17 the teenager was also hit and headbutted while walking in Bodmin, Cornwall, when he stumbled upon a man arguing with his girlfriend.

The two attacks left him feeling like the ‘town’s punching bag’.

He was left with two black eyes and a nurse who treated him said she was horrified that Jacob had no defensive injuries, reports .

Following the most recent attack Jacob’s mother Sally Kinsman said he didn’t want to go to the police or hospital.

She explained: ‘Innocently he went up and was lured into the bathroom where he was beaten by three people with a knuckleduster. 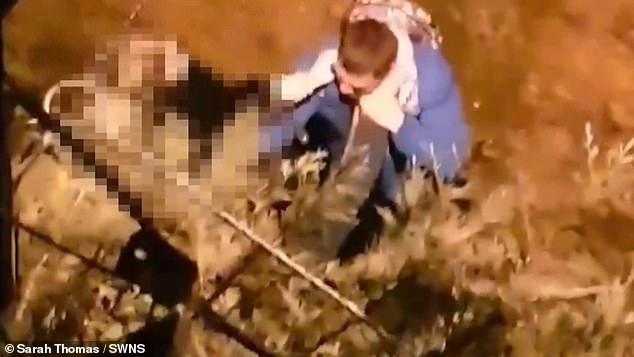 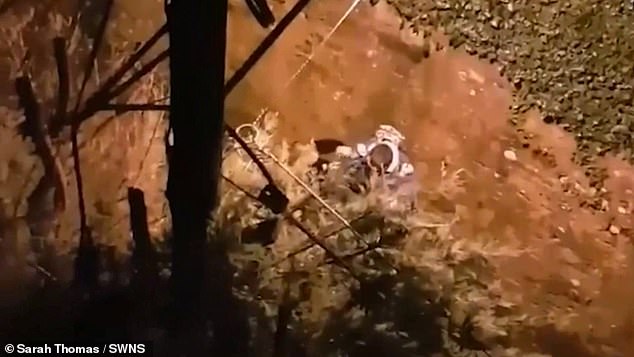 Sarah Thomas watched on helplessly as the autistic teenager bumped into a man arguing with his girlfriend, who promptly attacked him

‘He has a chunk missing above his eye and has threatened to commit suicide. I’ve had to take time off work to watch him. I’m keeping an eye on him 24/7.’

Ms Kinsman added that her son feels like the ‘town’s punching bag’ after the two incidents and said she’s frustrated with the police.

She said: ‘My son does not feel safe, he feels as though he has a target on his back because the police have done nothing.

‘He is nothing more than a case file to be passed around for someone else to deal with or until we give up on finding justice.’ 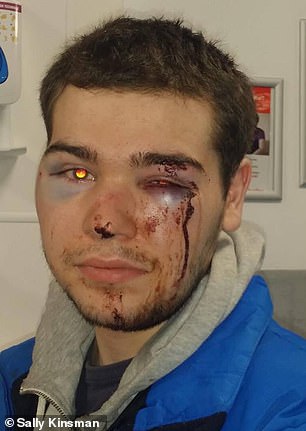 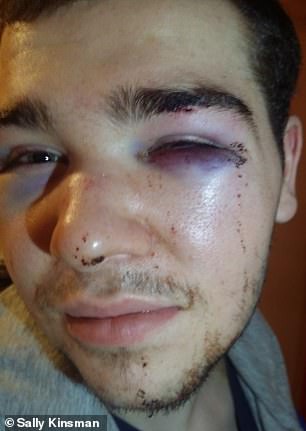 After the first attack, pictured left and right, Jacob was left with black eyes and a nurse who treated him said she was horrified that Jacob had no defensive injuries 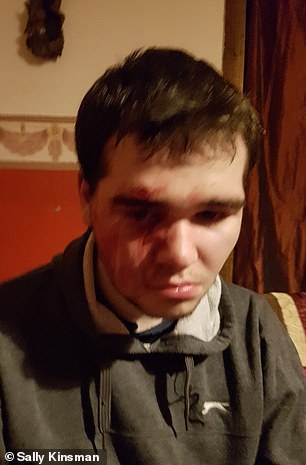 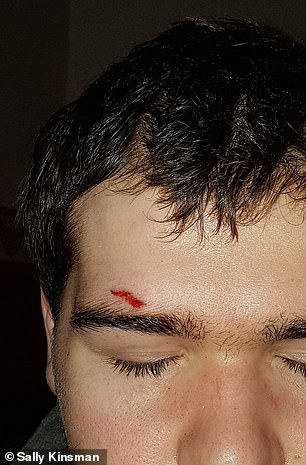 The concerned mother believes that the two attacks are linked and claims that the people responsible might be friends.

A post on Facebook page Justice for Jacob, which was set up after the first attack, said that Ms Kinsman feels like her son is ‘fair game to anyone.’

It said: ‘Jacob’s mum obviously feels that Jacob is now targeted due to lack of action in the first attack and his Autism. Sally feels her son is just fair game to anyone.’

Devon and Cornwall Police have been contacted for comment.

For confidential support, log on to or call the Samaritans on 116123.