After months of rancour and retributions, there is a new confidence and sense of unity among the Tories. However, this has been achieved at a heavy price.

’s personal reputation has suffered badly after she was forced to tear up the deal she had agreed with other EU leaders.

The toxic political mood across the country over Brexit and the chaotic scenes at Westminster have done great harm to Britain’s reputation.

No wonder other EU countries feel bolstered in their reluctance to grant Britain any concession. 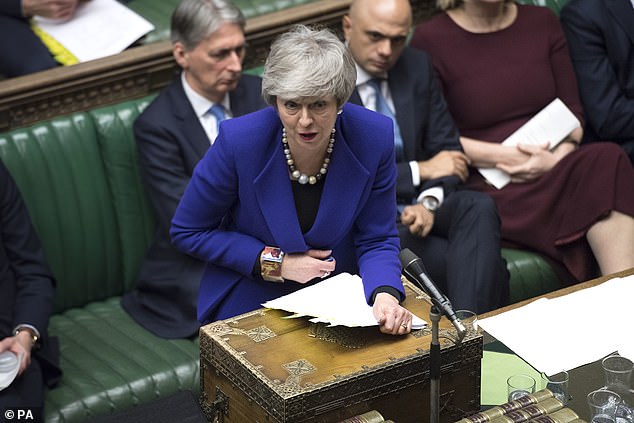 Indeed, Brussels is much more likely now to ignore Mrs May’s begging bowl as she pleads for a substantive concession on the seeming intractable issue of the Northern Ireland backstop.

Perhaps things will change over the next few days — but the chances look slim.

So it seems possible that Mrs May will be forced to return to the Commons in two weeks’ time and admit that she has failed once again to obtain any favours from Juncker, Barnier, Merkel, Macron et al.

Not only would this mean that our prime minister would be back where she began, but the divisions within the Tory Party would surface again.

For the fact is that although the hardline Brexiteers in the European Research Group finally fell behind their party leader and helped Mrs May triumph on Tuesday, they are still adamant that they will fight to the last to try to win the kind of ‘tungsten-tipped’ Brexit they want.

So, what will happen then?

Inevitably, numerous theories abound — some wise but others wild.

There has been talk of Downing Street wooing Labour MPs who represent areas that voted Leave.

Embattled Commons Speaker John Bercow deserves credit for the fair-minded way in which he handled the many amendments and fraught atmosphere during Tuesday’s Brexit debate. But he was wrong to have invited BBC cameras to film behind-the-scenes footage.

His job is to be the highest authority of the Commons and to remain politically impartial at all times — not to use this constitutional crisis to massage his own public image.

Mrs May has met some of their number and there have been reports that taxpayers’ money will be made available to help reinvigorate their communities.

Such horse-trading, though, is shoddy politics.

It smacks of the £1 billion ‘cash for votes’ deal that the Government did with the Democratic Unionist Party to prop it up in the Commons. Another option being discussed is that the prickly Irish prime minister Leo Varadkar could be picked off and persuaded to waive his objections to the backstop.

Of course, all these alternative solutions face huge hurdles.

My view is that too many politicians are simply playing fantasy politics. As the clock ticks down to March 29, only hardline Brexiteers are relaxed — relishing the prospect of a No Deal Brexit, which is the default position if no compromise is found.

I fear that these Brexiteers are blind to the possible economic collapse and social unrest that could occur if Britain jumps off the cliff edge of Brexit without a deal. Thankfully, the majority of MPs strongly oppose a No Deal Brexit.

This is why I believe that the proposal put forward by Tory MP Nick Boles and Labour’s Yvette Cooper to push back Brexit by several months may be resurrected — despite its defeat in the Commons on Tuesday. If that happens, Mrs May’s hopes of survival would be reduced. A key reason why she has remained PM despite failing to deliver Brexit is that Tory MPs can’t see any better alternative prime minister. 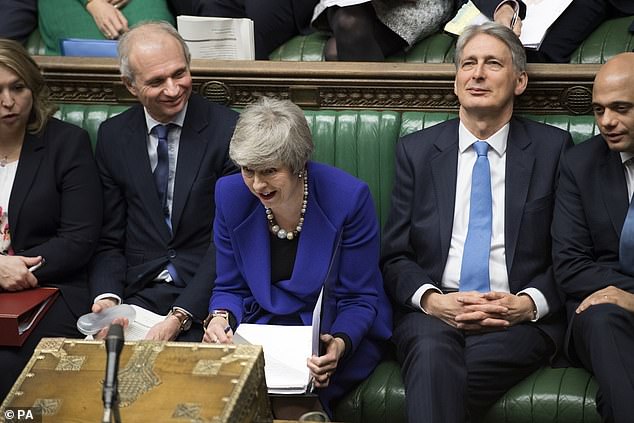 But patience is wearing very thin — and could easily crack in a fortnight if Mrs May still hasn’t conjured up a winning Brexit deal.

Regardless of her personal fate, Westminster’s wisest heads — Foreign Secretary Jeremy Hunt among them — are increasingly convinced that Brexit will have to be delayed.

It goes without saying that Brexiteers are aghast at the prospect because they are concerned that if Britain doesn’t leave the EU on March 29, it won’t leave at all. But their bravado is utterly irresponsible.

Let’s hope that the gravity and magnitude of this political crisis will be understood by Westminster hot-heads and that all 650 MPs see sense over the next ten days.

In my heart, though, I fear that they won’t.

I have never felt more depressed about the future of Britain than I do this weekend.

How absurd to call this a ‘show trial’

It’s welcome news that Craig Mackinlay MP has been cleared of breaking electoral spending laws when he fought off the challenge of Ukip’s Nigel Farage in South Thanet, Kent, in the 2015 General Election.

However, the Tory’s claim that this had been ‘a political show trial’ costing taxpayers millions of pounds is outrageous. 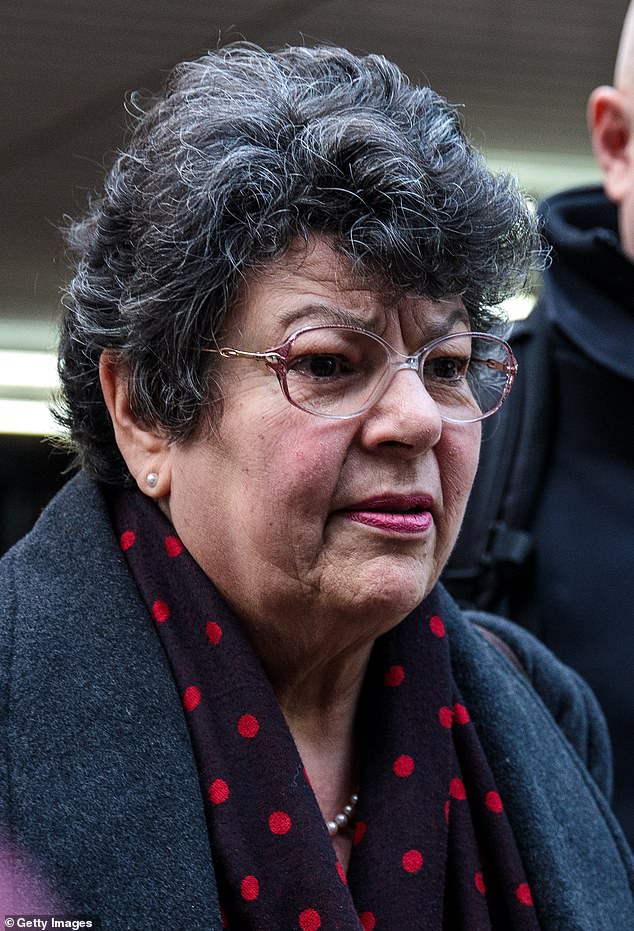 It was quite right that the way the Conservative Party behaved at the time had to be properly scrutinised. The facts are clear. In South Thanet, the Tories spent twice the legal limit on campaigning, with an alleged £60,000 going undeclared.

Mr Mackinlay signed off on fraudulent documents presented to him by party activist Marion Little.

In his trial at Southwark Crown Court, Mackinlay, a qualified accountant, successfully argued that he had no idea that the law had been broken.

Fair enough, but it must not be forgotten that Little, who ran the campaign, was found guilty of two counts of encouraging or assisting an offence for falsifying the expenses.

And that Mr Justice Edis said the Conservative Party headquarters had ‘a culture of convenient self-deception’.

Far from being a ‘show trial’, the court case was a refreshing reminder that our democratic system is always subject to scrupulous policing.

As we hopefully reach the Brexit endgame, it is worth reminding ourselves of Margaret Thatcher’s battles with politicians on the European continent.

Britain’s former ambassador to the U.S., Lord Renwick, recalls in his memoir how she saw Italy’s Foreign Minister (and later prime minister) Giulio Andreotti as slippery and unreliable.

In one exchange about a scientific subject, she reminded him that she was a trained chemist. In reply, a crotchety Andreotti muttered: ‘I’d never buy a prescription from her as I’d be afraid she might poison me.’

If only Theresa May could intimidate her EU counterparts in the same way.

Priyanka Chopra supports fellow Bollywood star who claims she was sexually harassed
Fishermen drive down highway with 2.4-metre mako SHARK hanging out the back of their vehicle
Teenager, 16, goes on trial accused of raping and murdering a six-year-old girl
Calvin Harris lists his sprawling Hollywood Hills mansion for $5.75million
Duchess of Cornwall and Zara Tindall brave windy weather at Cheltenham Ladies Day
Mother, 46, relives the horror of stalker ex who fitted GPS tracker to her car
David Cameron hits out at Guardian editorial on his disabled son Ivan
Furious customers brand Whirlpool UK 'the biggest disgrace ever'