West Midlands Police have swarmed on a house in Wolverhampton in dramatic scenes on Friday evening.

A 40-year-old man has been arrested on suspicion of murdering a 68-year-old woman at the terraced house on James Street, Bilston.

Emergency services rushed to the scene but tragically nothing could be done to save the lady. 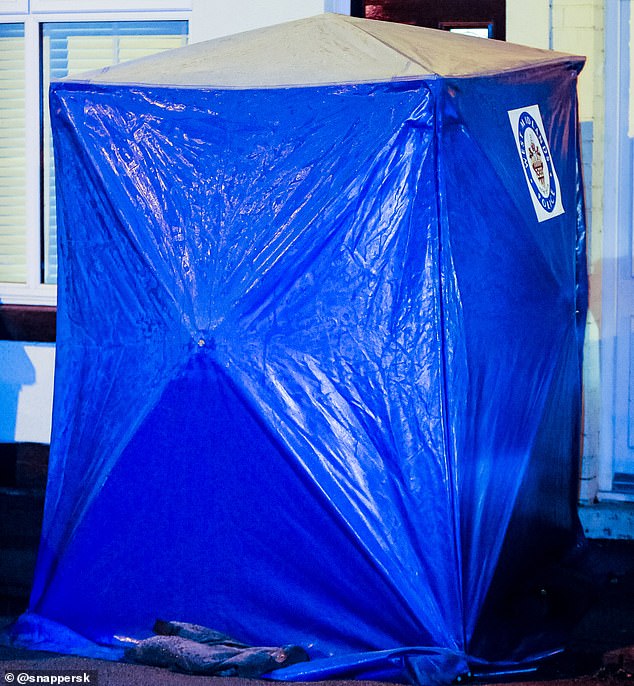 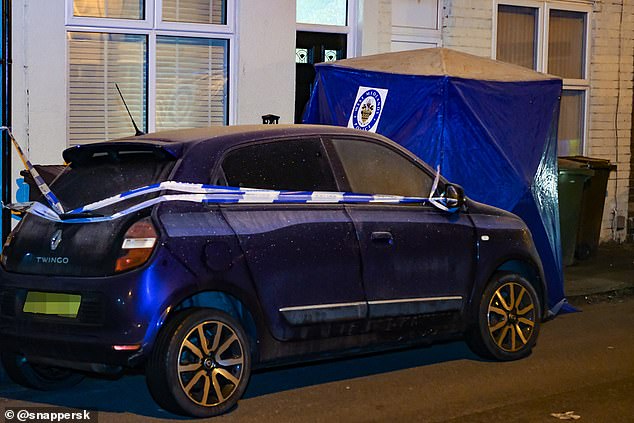 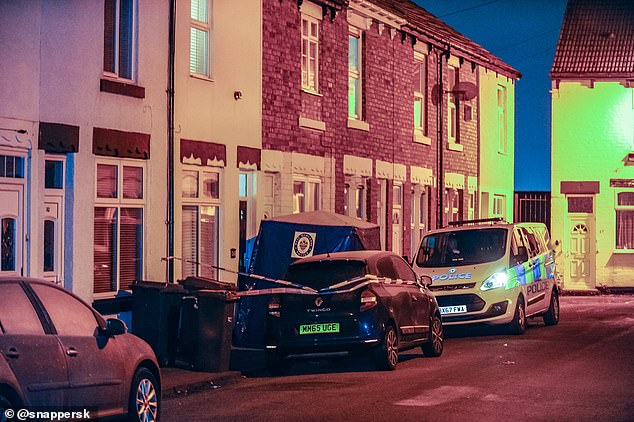 A police cordon has been set up with James Street, while another location is being investigated just over a mile away at Dilloways Lane , the police say.

Police erected a large forensics tent outside the property while police vans lined the street.

Detective Inspector Jim Colclough said: ‘This is a truly tragic incident in which a woman has been found dead inside her own home…our thoughts are with the lady’s family and friends at this awful time. 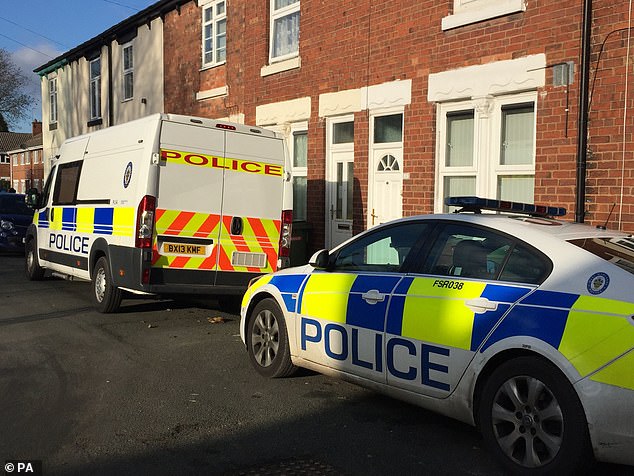 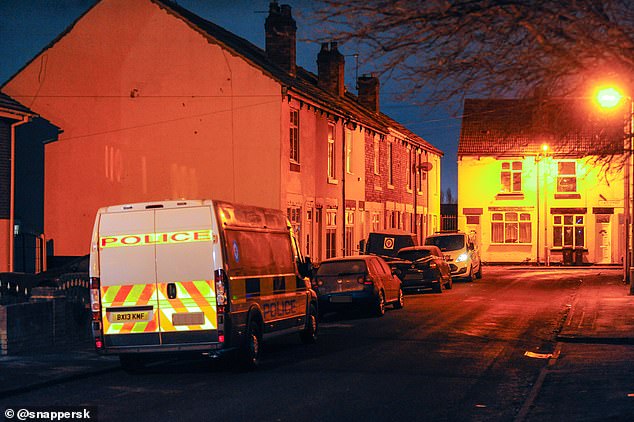 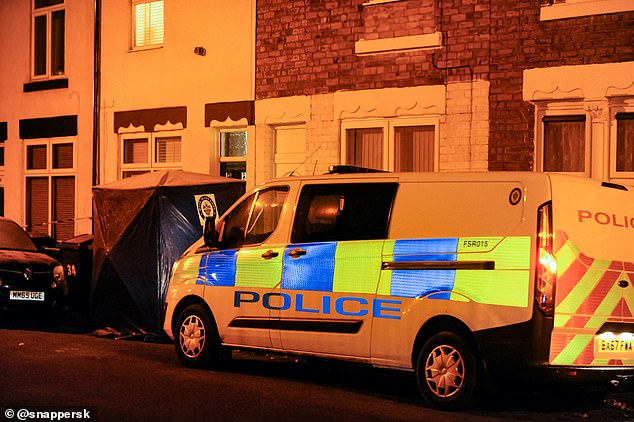 A police van stands outside the property on James Street, Bilston 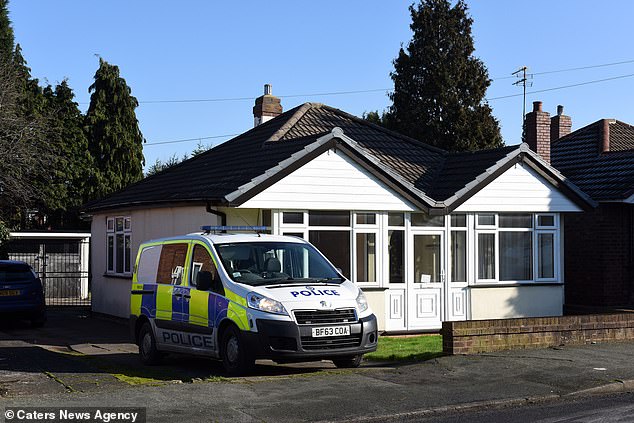 ‘A man known to her has been arrested and enquiries are underway; we are carrying out house-to-house enquires but anyone with information is urged to get in touch with us by calling 101.’

West Midlands Police have been called for comment but have so far not released any further information.

They are planning to carry out a post mortem examination today to establish the cause of her death.