She is a mother of two boys, and an adopted mother of three nieces and nephews.

And earlier this week, Luke Bryan’s wife Caroline revealed that she suffered a miscarriage in between the birth of her two sons.

While appearing on the podcast, the wife of one of country’s biggest stars recalled the traumatic time in her past. 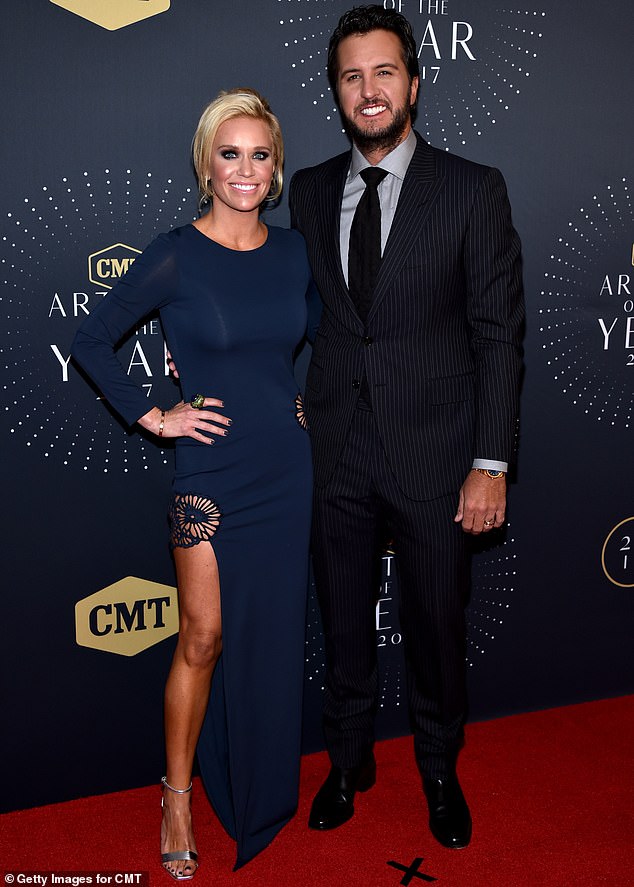 Remembering her past: Luke Bryan’s wife Caroline, 39,  revealed that she suffered a miscarriage in between the birth of her two sons

‘When [Thomas “Bo”] was born, he was a surprise. I got pregnant when we had been married for six months,’ she began.

‘I was not expecting that at all, and then we had a miscarriage.’ Caroline said, adding that she ‘knew it wasn’t my fault.’ She then discussed husband Luke.

‘Luke didn’t know really how to comfort me, because, you know, he, he didn’t get it. But as girls, when you go through it and you lose it, there is a loss and it sucks and it hurts.’

Her reasoning came from the physical aspect of the loss, as husband Luke did not feel it in that way. 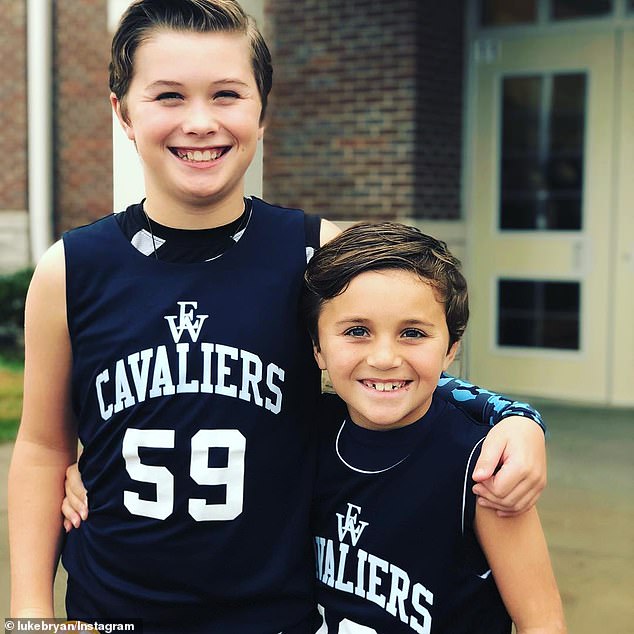 Family: The couple’s sons Thomas, 10, and Tatum, eight, are seen in an Instagram image

Because of tragedy in their family, Luke and Caroline have also adopted his nephew Til and nieces Jordan and Kris. 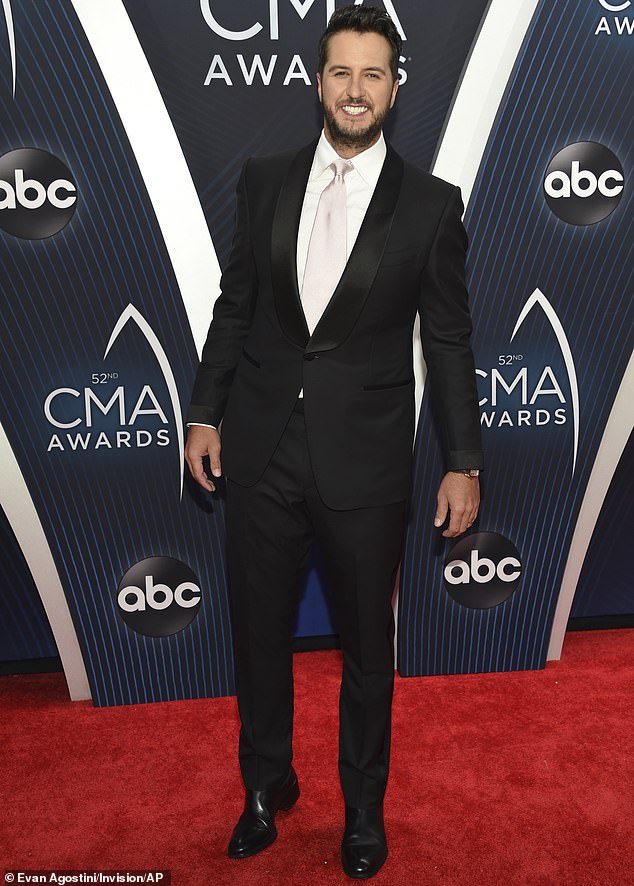 The American Idol judge previously lost his older brother Chris, then 26, in a car crash.

A few years following his sibling’s death, the Crash My Party hitmaker’s older sister Kelly, then 39, died unexpectedly in 2007, according to .

Luke and Caroline would go on to adopt his nieces and nephews, making them a family of six. 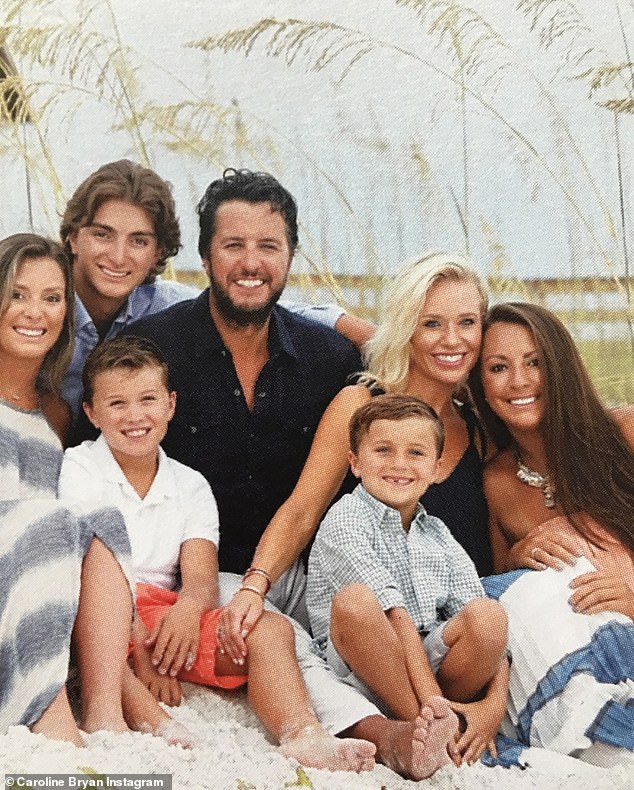 What love looks like: Seven years following her death, her widow, Ben Lee Chesire, also died, leaving the couple’s three children without parents. Luke and Caroline would go on to adopt his three nieces and nephews, making them a family of six