The UK and the EU launched into a new war of words over the Rock today as Gibraltar was branded a ‘colony’ in draft laws to give visa-free travel to Britons after .

Downing Street swiftly moved to slap down the jibe which is the latest move by to take advantage of Brexit to stake its claim on the Rock.

Unlike at other moments in the Brexit negotiation Britain has no power to veto or even disagree because it is a decision made by the remaining 27 EU states. Britain’s EU ambassador Sir Tim Barrow did attend today’s meeting and raised a protest.

It means the incendiary language is likely to stay in the final version of the rules granting visa-free to Britons after Brexit. It will not prevent Gibraltar’s citizens taking advantage of the waiver and does not change their legal status in the EU.

Gibraltar sits in an strategically crucial position on the western gateway to the Med and has been British for more than 300 years.

Spain almost blocked the conclusion of the deal in November and repeatedly raised the issue during two years of talks.

In April 2017 there were even claims Mrs May would go to war to defend the Rock in the same way as Margaret Thatcher fought for the Falklands. 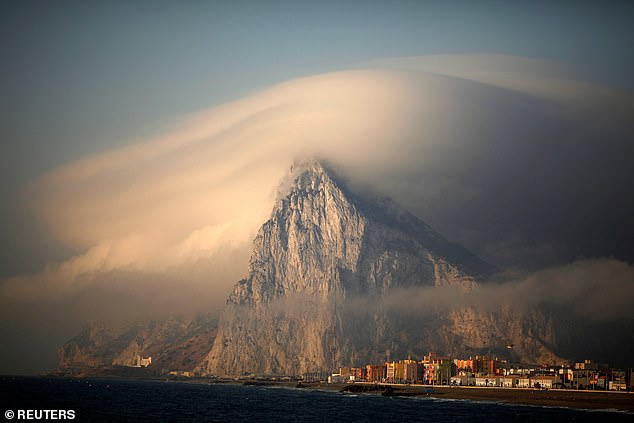 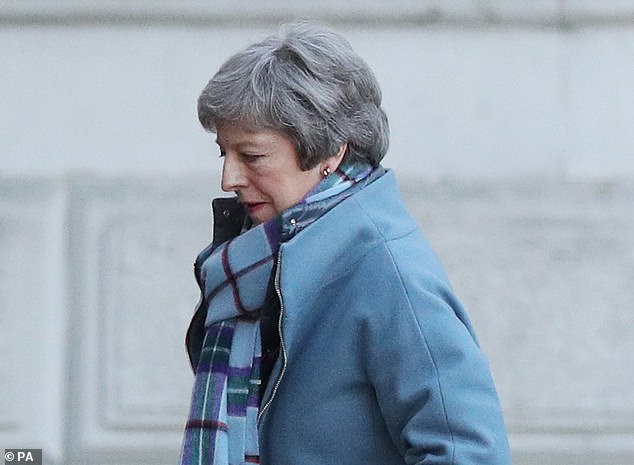 A spokesman for Theresa May slapped down the ‘completely inappropriate’ language today, insisting ‘Gibraltar is not a colony’

The new row started when the EU rules on visa free travel included a footnote which said: ‘Gibraltar is a colony of the British Crown’

The new row started when the EU rules on visa free travel included a footnote which said: ‘Gibraltar is a colony of the British Crown. There is a controversy between Spain and the United Kingdom concerning the sovereignty over Gibraltar, a territory for which a solution has to be reached in light of the relevant resolutions and decisions of the General Assembly of the United Nations.’

Mrs May swiftly hit back when the text of the document emerged this morning.

A No 10 spokesman said: ‘The EU’s provisions for visa-free travel into and out of the Schengen area cover Gibraltar, and mean that in any scenario, British Nationals from Gibraltar will be able to travel for short stays in and out of Spain and other countries in the Schengen area.

‘Gibraltar is not a colony and it is completely inappropriate to describe in this way.

‘Gibraltar is a full part of the UK family and has a mature and modern constitutional relationship with the UK.

‘This will not change due to our exit from the EU. All parties should respect the people of Gibraltar’s democratic wish to be British.’

Former minister Bob Neill said Mrs May was right to stand up for the Rock and added: ‘Gibraltar is fully functioning democracy, with its own directly elected Parliament and Independent Judiciary and self governing in all its internal affairs. 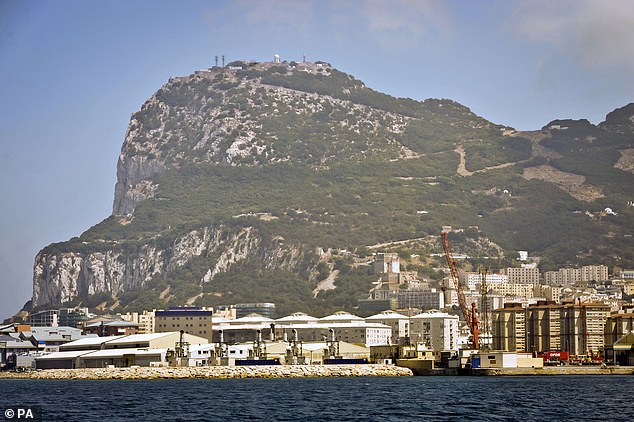 Disputed: The Rock of Gibraltar is a sore point for Spain. Downing Street has clashed with Brussels over its description of Gibraltar as a ‘colony’ following an European Council document setting out plans for visa-free travel for Britons after Brexit

‘The EU are totally wrong on this.’

Gibraltar’s Chief Minister Fabian Picardo accused Madrid of trying to ‘bully’ the British Overseas Territory by rejecting British demands for the footnote to be removed.

He told the BBC: ‘No one will be surprised to hear the Spanish government making provocative statements in respect of Gibraltar.

‘The 32,000 people of Gibraltar are used to the constant attempts by successive Spanish governments to bully us in every possible way.

‘This is no different to the sort of abuse we have had from former Spanish administrations.’ 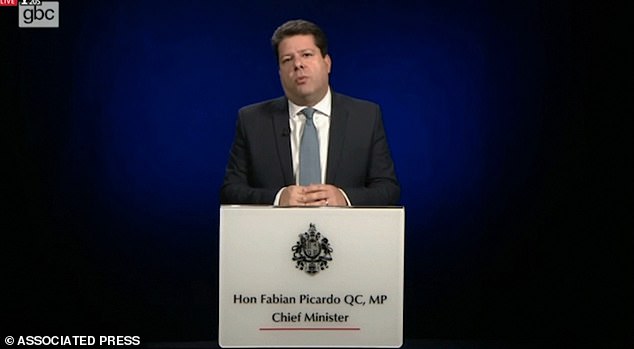 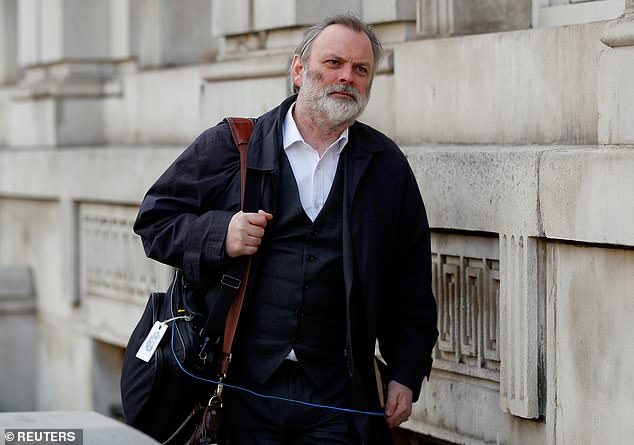 Unlike at other moments in the Brexit negotiation Britain has no power to veto or even disagree because it is a decision made by the remaining 27 EU states. Britain’s EU ambassador Sir Tim Barrow (pictured on Whitehall on Tuesday) did attend today’s meeting and raised a protest

The Rock’s 2006 constitution stipulates that there can be no transfer of sovereignty to Spain against the wishes of its voters.

In a referendum in 2002, Gibraltarians resoundingly rejected the idea of joint sovereignty between the UK and Spain.

Free travel between Spain and Gibraltar was fully restored in 1985, but travellers continued to suffer delays at the border.

In late 2006, passenger flights between Spain and Gibraltar resumed for the first time in nearly 30 years, though seven years later there were renewed border checks by Spain in response to a Gibraltarian plan to build an artificial reef.

The 2006 air link was restored after Gibraltar, Spain and Britain signed agreements aimed at improving living conditions on the Rock.

In the 2016 EU referendum, the Rock voted overwhelmingly against Brexit.

And even though the UK overall did not, Gibraltar’s leaders have made clear they prefer to follow the motherland out of the EU.

But for Madrid, Brexit represents a golden opportunity to overturn three centuries of history and stage their own bid to ‘take back control’.

Taking pictures killed avid gamers searching for cash for school, household
May reveals the insulin she uses to treat her diabetes comes from Denmark
Brit Matthew Hedges who was facing life in jail for 'spying' in UAE arrives back in UK
'Peak' and 'off-peak' rail tickets could be replaced with sliding scale of prices throughout the day
Heathrow Airport parking firm 'dumping cars on busy road' despite promising to keep securely
Ex-science teacher 'researched suicide methods then drowned her daughter in the bath'
Boris Johnson under pressure to say how many children he has
ELIZABETH DAY says Dominic Cummings is her sartorial crush as he rides roughshod over style rules