An airline passenger who smuggled a baby leopard cub carrying it in his hand luggage on a flight from Bangkok to Chennai has been arrested, Indian authorities said today.

The month-old cub, weighting just over 2.2 pounds (1 kg), was found in a plastic grocery basket hidden inside a bag when the passenger arrived in India on a Thai Airways flight.

Officials said they grew suspicious after hearing sounds coming from the bag. 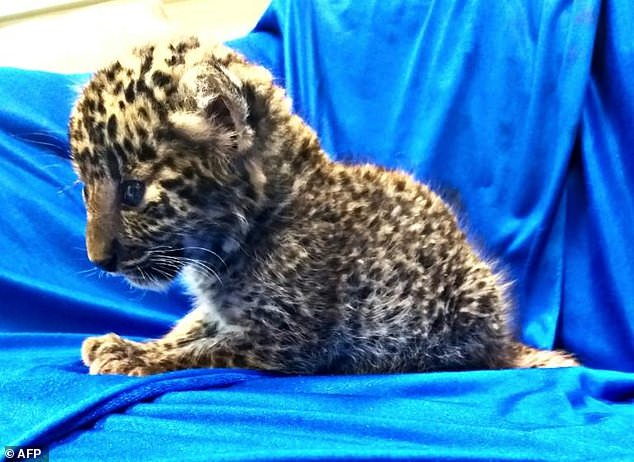 As the passenger tried to rush out of the terminal in Chennai, the capital city of southern Tamil Nadu state, authorities found the cub in his hand luggage.

‘He was evasive in his replies so his baggage was opened for further examination,’ an official at the airport said. 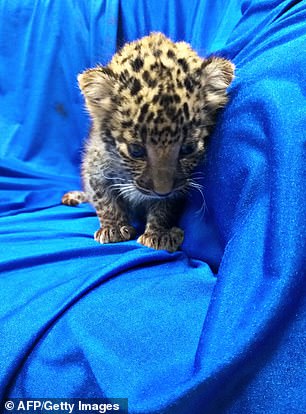 ‘The animal was in a state of shock and was making trill sounds and appeared to be weak,’ he said.

The nationality of the 45-year-old passenger is still unclear and the case was handed over to state’s Wildlife Crime Bureau.

Airport authorities have released a video showing officials giving the cub milk from a baby’s bottle.

‘We have taken the custody of the passenger and are questioning him on the source of the animal,’ A.O. Limatoshi, head of Chennai Wildlife Crime Bureau, told AFP.

He said they are investigating whether the man was carrying the leopard as part of an international smuggling chain. 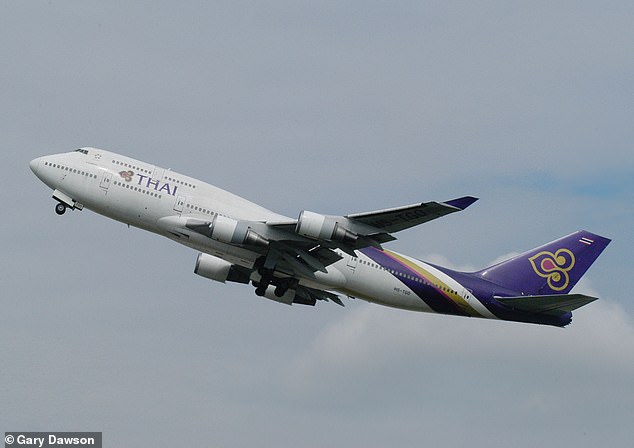 The 45-year-old man, whose nationality remains still unclear, was travelling on a Thai Airways flight from Bangkok to Chennai

Leopards can be found across the Asian continent but they are believed to be highly vulnerable.

Their population is currently declining because of habitat loss and poaching for the illegal trade of skins and body part.

They are an endangered species in India and smuggling them in or out of the country is illegal.