A 79-year-old woman has been jailed for a month in her absence after ignoring warnings about a ‘campaign of hate’ against her neighbour.

Kathleen Neal, 79, has often sprayed weed killer onto her neighbour’s plants and poured urine through a fence onto them in Castle Donington, Leicestershire.

Her ‘campaign of intimidation’ has also included numerous silent phone calls from an unregistered pay as you go mobile phone that had been ongoing for years.

Neal has been sentenced at Nottingham County Court to 28 days in prison – but a warrant has been issued for her arrest because she did not attend the hearing.

CCTV has now been released of Neal, showing her having removed a fence panel, pushing over plant pots and trying to block a camera in her neighbour’s garden.

Her victim Susan Brookes has previously said Neal also banged on their conservatory and shouted ‘get back to your council house where you belong’.

She also lit bonfires when Mrs Brookes was hanging her washing out. House prices on the leafy street in the market town where she lives are £400,000 on average.

Kathleen Neal (left) banged on the conservatory of neighbour Susan Brookes (right, both file pictures) and shouted ‘get back to your council house where you belong’

She ignored a ‘last chance’ offering from a county court last year and was summoned back to Nottingham County Court this Monday accused of nine new breaches of an injunction against her, all committed against her neighbour.

Neal has been taken to court by North West Leicestershire District Council, supported by Leicestershire Police, for breaching the injunction on three occasions since 2016 for persistently harassing neighbour Susan Brookes.

An initial injunction placed on Neal in 2016 failed to persuade her to change her behaviour. 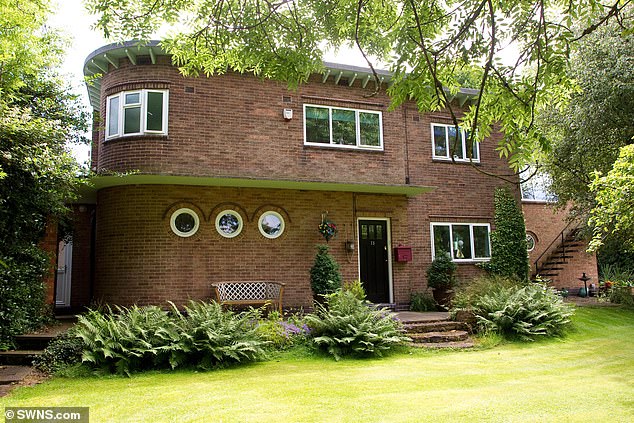 This was followed by financial penalties, including a £3,500 fine issued in August 2017, along with the threat of jail for any future offences.

In February 2018, a final warning in court saw an eight-month suspended sentence handed down, with Neal promising she had now ‘learned her lesson’.

Judge Judge Godsmark QC took a dim view of her latest offences, following through with the threat of jail. She was sentenced to 28 days in prison in her absence.

Judge Godsmark QC found that seven out of the nine breaches presented by the council had been proven beyond all reasonable doubt. 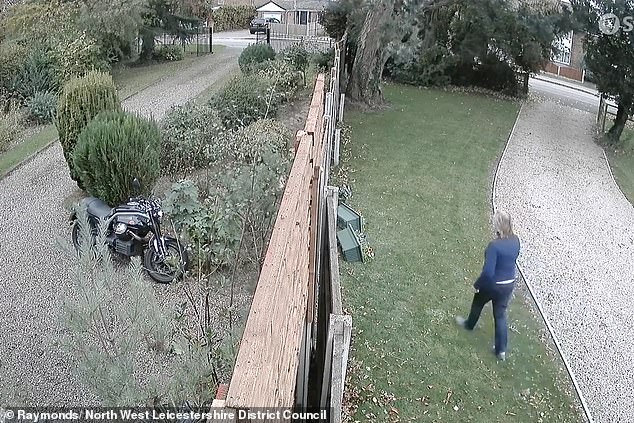 Neal was sentenced to 28 days in prison for the most serious breach of spraying weed killer over the fence. She was also given 14 days for the other breaches – to run concurrently with the 28 days.

The judge gave a lengthy judgement, stating that he ‘was left with the overwhelming impression that Mrs Neal is not taking the injunction seriously’ and that, while the last thing that the court wanted to do was send an elderly woman to prison, there was little else left to do.

The judge also warned that the court would have little choice but to impose the full suspended eight-month prison sentence should further breaches occur. Neal was ordered to pay the council’s legal costs of £4,323. 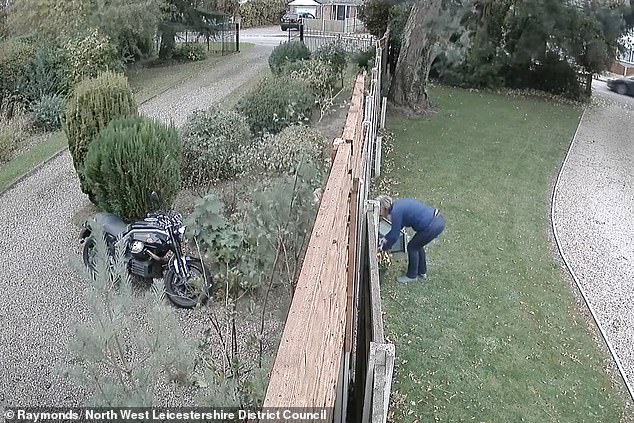 Neal has made national headlines in the past when a court heard how she tormented her neighbours by harassing them, trespassing on their property, and deliberately lighting smoky bonfires in her garden, as well as her trademark weedkiller-spraying tactics.

‘No one wants to see an elderly lady go to prison but Mrs Neal has shown no remorse for her actions and only complete disregard and contempt for the court ruling.

‘My husband and I therefore now hope that the shock and shame of serving a short sentence in prison will finally change her ways. 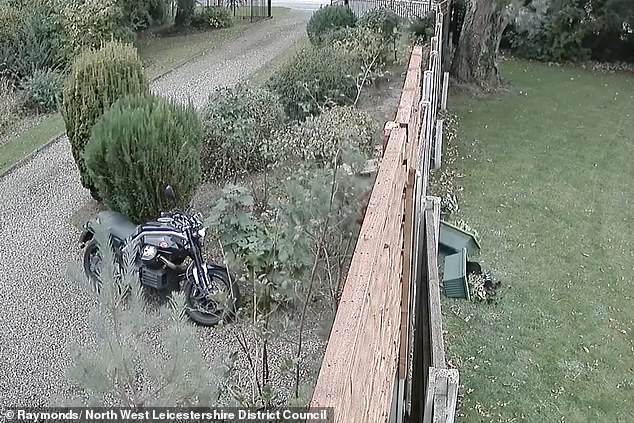 But Neal, having removed a fence panel, can then be seen pushing over the plant pots again

‘We must thank NWLDC for their support throughout along with the local police beat team who, under Inspector Richard Jackson, helped to bring Mrs Neal to justice, and of course our own family who have been a massive support throughout.’

Councillor Trevor Pendleton, chair of the Safer North West Leicestershire Partnership said: ‘Neal has embarked on a campaign of intimidation and criminal damage against her neighbours and clearly did not listen to previous punishments and warnings made in court.

‘We are committed to supporting the victim of this behaviour and this meant taking Neal back to court for her latest offences. Jail is a last resort but in this case nothing else has worked, including the countless warnings and fines. 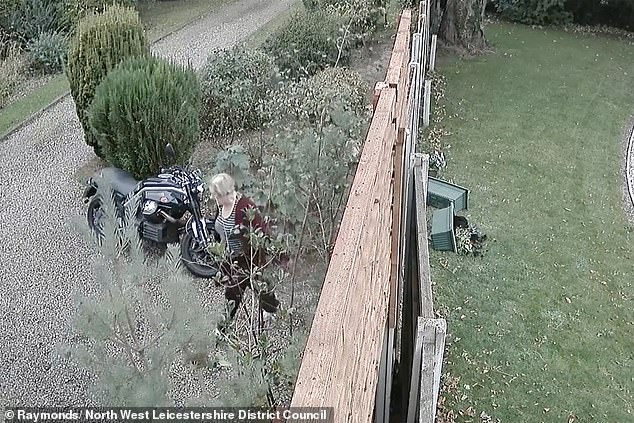 ‘We hope that this short prison sentence will make Neal realise the seriousness of her crimes and bring an end to this matter.

‘We’re pleased with the court’s decision and thank the police for their hard work alongside NWLDC’s community safety and legal teams for bringing about this successful prosecution.’

Inspector Richard Jackson, from North West Leicestershire neighbourhood policing area, said: ‘No one should live in fear of their neighbour and unfortunately Neal has repeatedly refused to put a stop to her campaign of harassment and abide by the injunction.

‘This left no other option but to go back to court as part of the legal process and as a very last resort. It is our hope that this sentence will finally put a stop to the behaviour which has blighted one family’s lives for some considerable time.’

Baseball with signatures of 11 greats fetches $623,369
Bella Hadid shows off fantastic physique in bikini top as she and Gigi hit catwalk together at NYFW
Poll shows that more than half of voters want to kick out the monarchy
Two wanted brothers taunted police on social media before 100mph chase in stolen car ended in crash
Flights cancelled by Flybe on regional routes across UK ahead of Easter holidays
Father-of-four reveals how he discovered his wife of 10 years was having affairs via Facebook open
Should you be wearing SPF 100? Our definitive look at the science of suncream
UK's back-to-work blueprint: Hot-desking banned, no sharing pens, canteens closed