A dog owner living just outside of Minneapolis, Minnesota, has been charged with animal cruelty after his pet was found chained outside during brutally cold temperatures sweeping the Midwest.

Dang Xiong, 29 was cited for the misdemeanor after leaving his dog outside of his Brooklyn Center, Minnesota, home on Tuesday afternoon when temperatures dropped to -9F, according to .

The shivering canine was found on a short chain outside by police officers who said they also found vomit nearby and very little food and water inside the exposed shelter.

Xiong was hit with a citation for inhumanely, unnecessarily, cruelly beating, injuring or abusing an animal. 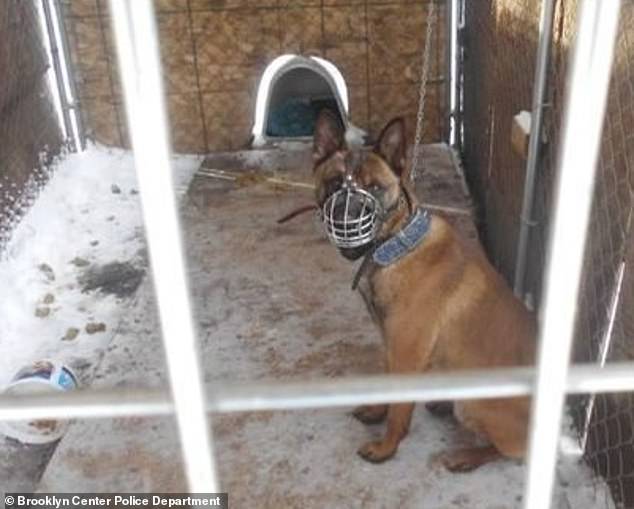 Dang Xiong, 29 was cited for the misdemeanor after leaving his dog (pictured)  outside of his Brooklyn Center, Minnesota, home on Tuesday afternoon 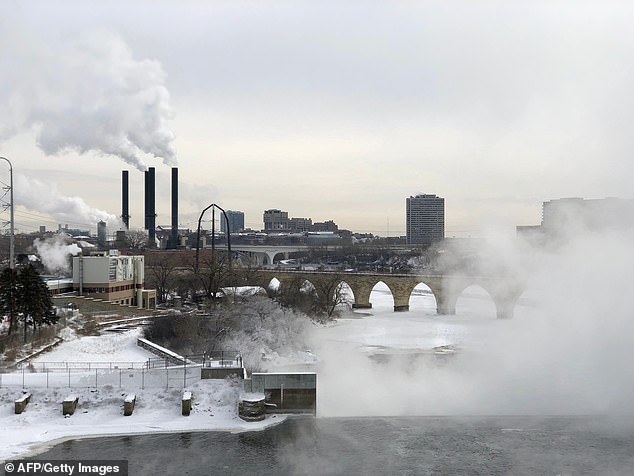 Water vapor rises above St. Anthony Falls on the Mississippi River beneath the Stone Arch Bridge during frigid temperatures on January 31 in Minneapolis, Minnesota

The fine can bring a penalty of up to $1,000 in the state of Minnesota.

Authorities also seized the dog taking it to the Pets Under Police Scrutiny (PUPS) center in Maple Grove, Minnesota, the pet impound facility for several towns in the area, according to .

Xiong left his dog outside during the dangerous polar vortex gripping a large swath of the United States with temperatures ranging from the teens to below zero.

The deadly weather phenomenon has killed at least 13 people since Tuesday, plunging the mercury to as low as -24F in Minneapolis alone.