Kerry Katona quipped that she ‘calls social services’ if she needed childcare on snow days during a debate on Friday’s Good Morning Britain.

The former Atomic Kitten star, 38, was involved in a debate on the ITV morning stalwart alongside Kerry Davis about whether schools should be doing more to stay open during snowy weather.

And the mother-of-five attempted to make light of parents’ blight in regards to childcare as schools close across the country because of the extreme weather, which stunned viewers at home. 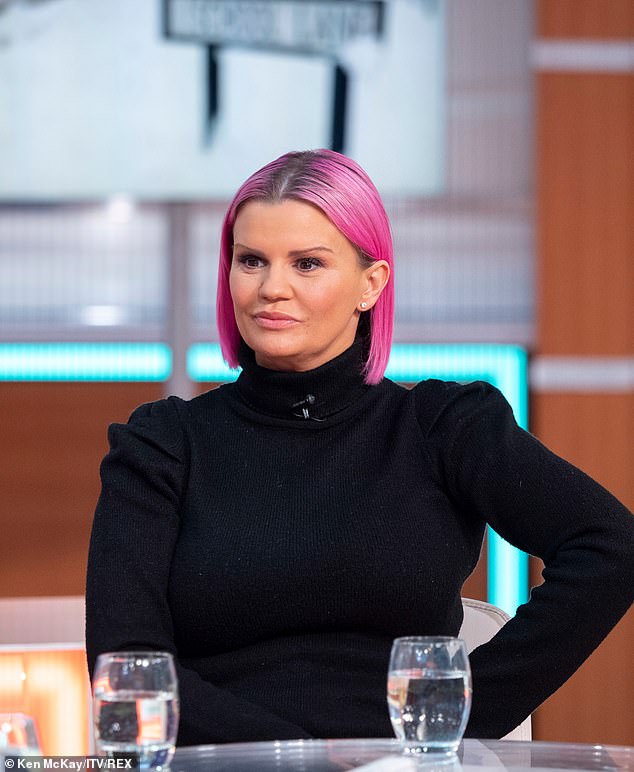 Quip: Kerry Katona quipped that she ‘calls social services’ if she needed childcare on snow days during a debate on Friday’s Good Morning Britain

She said: ‘I have had to take my youngest to work and I’m lucky enough to be able to do that. I completely understand childcare is very difficult, especially when you work 9-5.

‘Do what I do, just ring social services.’

Adding: “I’m very privileged, blessed and really grateful I don’t have a 9 to 5 job. I embrace the snow and think kids should get out there.’

Following her comments, viewers took to Twitter to beret her appearance. 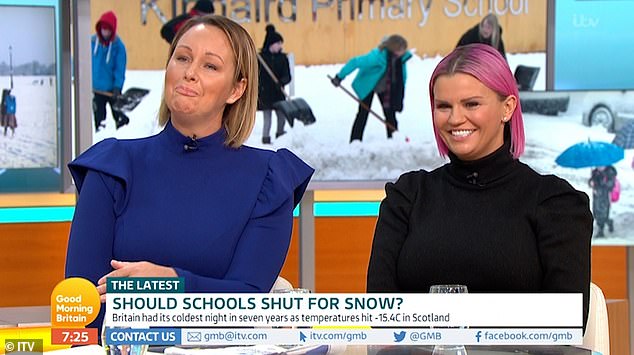 Debate: The former Atomic Kitten star, 38, was involved in a debate on the ITV morning stalwart alongside Kerry Davis (L) about whether schools should be doing more to stay open during snowy weather

One viewer wrote: ‘@GMB Kerry Katona? Honestly? How desperate are you ? Social Services are her option for child care apparently.’

‘Guarantee Kerry Katona hasn’t got a 9-5 job so she can sit there being all funny and not give a hoot about childcare and snowdays,’ a second added.

‘Shouldn’t have a privileged celebrity giving there opinion on something that affects the normal working family #GMB.’

Another unimpressed viewer commented: ‘Kerry Katona is always on another planet! But get real people! Kids can’t throw snowballs in school? WTF! #GMB.’

Unimpressed: Following her comments, viewers took to Twitter to beret her appearance 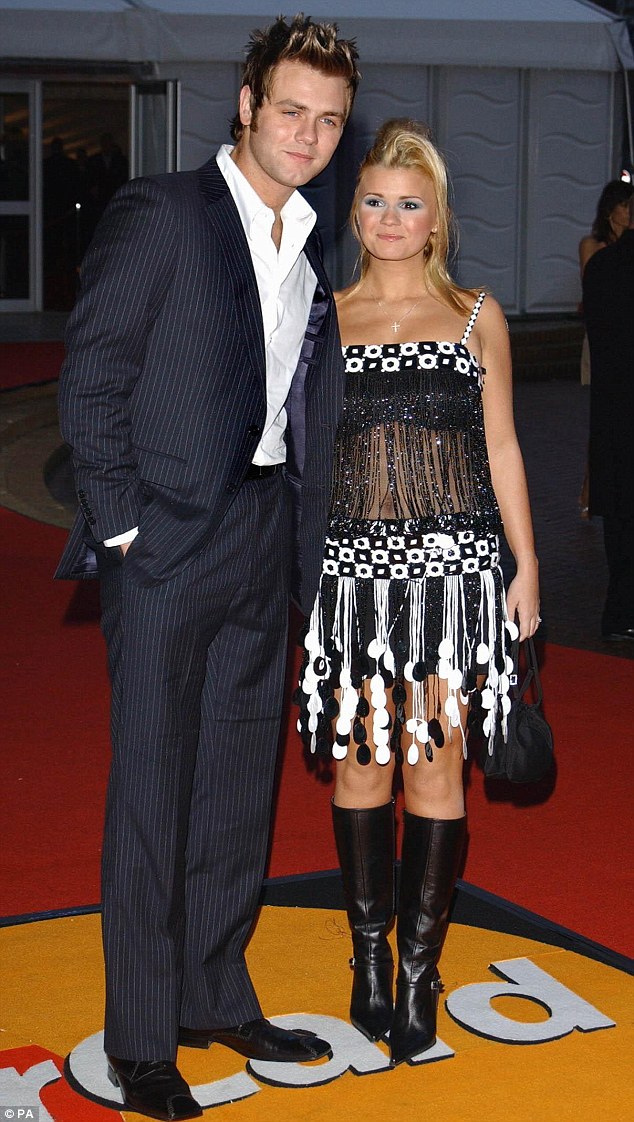 Words: Previously, Kerry branded ex Brian McFadden a ‘d***head’, but says he was her ‘favourite husband’ and takes ‘full credit’ for raising their daughters in her weekly column

Meanwhile, Kerry discussed her ex, singer Brian McFadden, who she was married to January 2002 – December 2006 in her column with magazine.

The couple had two children together, Molly, 17 and Lilly-Sue, 15 and Kerry revealed it was her ‘favourite marriage’ and branded them an ‘iconic couple.’

Kerry said: ‘He can be a right d***head, that ex-husband of mine. Brian went on Loose Women and said that marriage was ‘disposable’ and ‘just a party.’

She said: ‘He has a girlfriend and has to be respectful, but it was a weird thing to say considering he was married to me. My side of the story is that it was my favourite marriage and I’m not going to let him take that away from me. 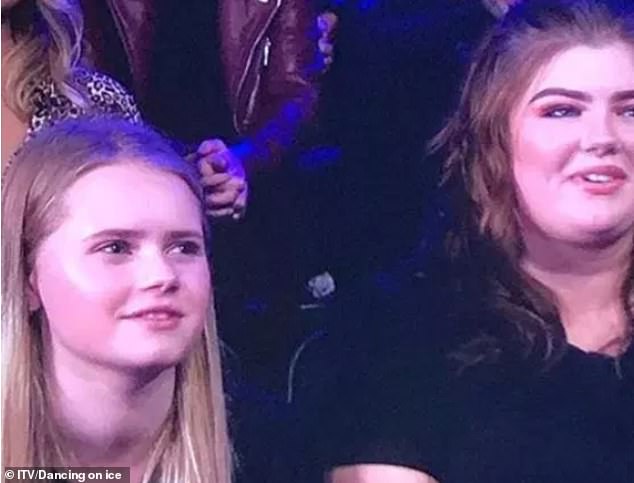 Pride and joy: The couple had two children together, Molly, 17 and Lilly-Sue, 15 and Kerry revealed the praise she gets for how well-spoken they are, is all down to her

‘Yes it was a bl**dy great party, but he cheated on me with a lap dancer and that broke us. We were such an iconic couple at the time.’

The former couple’s children, Molly and Lilly-Sue also recently appeared in the audience of Dancing On Ice, where they were supporting their father.

They came across incredibly well-spoken and Kerry said that is all down to her.

She said: ‘Well I raised those kids by myself, so I am taking full credit for it.’ 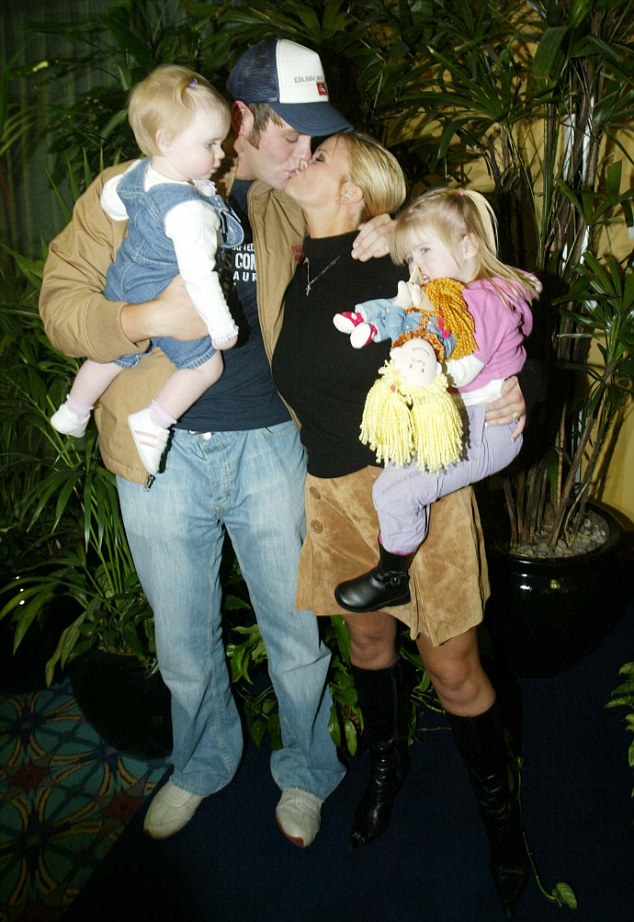 No more: The couple were married from January 2002 – December 2006 and Kerry said they were an ‘iconic couple’ but said his cheating broke them