Cars are stuck in snow up and down the A30 this evening as up to 100 drivers struggle to travel through wintry weather causing chaos in Cornwall.

A white out on Thursday afternoon stopped cars on the road at Temple as thick snow settled.

Highways England confirmed a plough and a gritter have been sent to assist the stranded motorists.

The head of roads policing in Devon and Dorset Chief Inspector Adrian Leisk said around 100 vehicles are stuck on the A30 at Temple.

He tweeted: ‘Significant snowfall in Cornwall, particularly on the A30 at Temple where around 100 vehicles are currently stuck.

‘The snow is heading eastwards and will cause significant disruption tonight. Please be prepared and avoid all but absolutely essential travel.’ 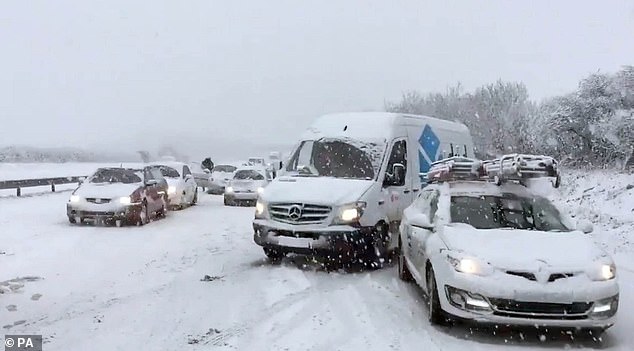 Drivers uploaded images to the internet to show cars which have come to a standstill on the road.

Concerned car owners said they have not moved and have got no water or food as darkness falls. 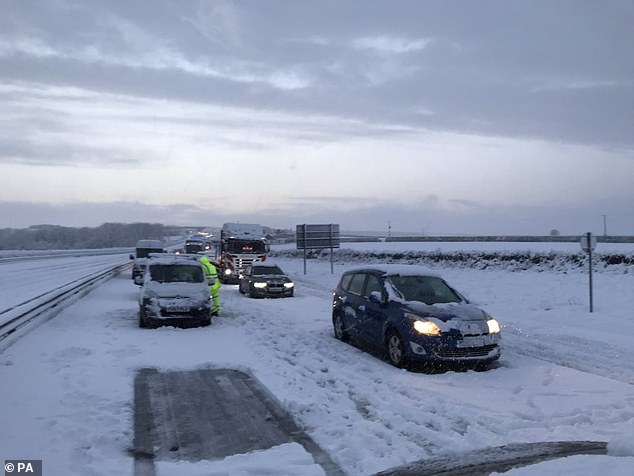 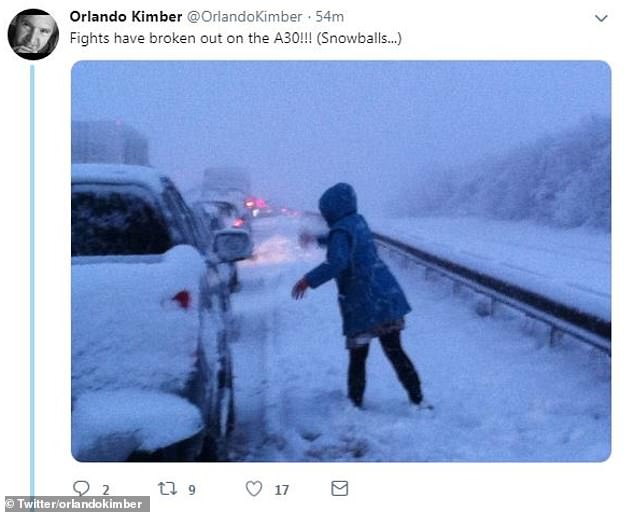 Some have been stuck for more than an hour and a half in snow on Bodmin Moor.

Paul Newman said when he reached the A30 at Carland Cross heading eastbound the snow started to fall ‘very very heavily’ and the traffic started to move slowly until it came to a standstill near Blissland.

‘We believe the stoppage is somewhere near Kennards Cross.

‘There is a lorry across the road. Now that everybody has stopped it is going to be difficult for lorries to get going again,’ he said.

‘At the moment we’ve no idea what’s going on really… the chap in the car in front of us was just throwing snowballs to his dog!’ 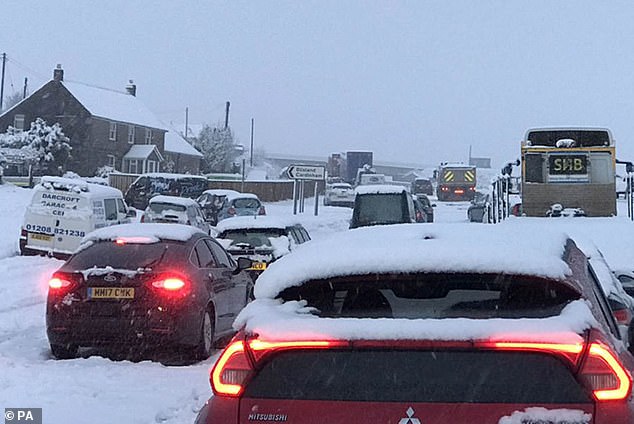 Cars stuck on the A30 this evening as vehicles are stranded in the snow. All but essential travel should be avoided, police said 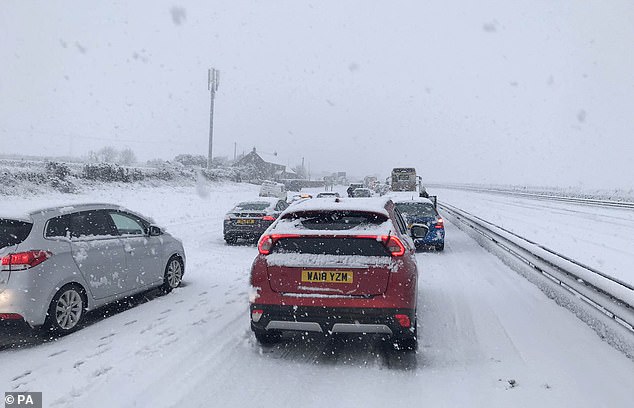 From 'fishless fingers' to vegan versions of tuna, scampi, prawns and sushi
British mother arrested in Dubai 'sent a barrage of vicious abuse that ruined lives'
At least 70 migrants drown after their boat sinks off Tunisia
Sajid Javid's Met Police Commander brother starred in BBC One show 'The Crime Squad'
Your pills' nasty side effects? They're not as rare as you think
Donald Trump uses UN speech to warn social media giants against 'blacklisting' conservatives
Woman with bald patches says wig-loving celebrities have helped her feel confident again
Princess Charlotte may stay at home when her classes restart next month