The biography of a young Jewish girl living in Nazi-occupied Holland is the surprise winner of this year’s Costa Book Award.

The Cut Out Girl by Bart Van Es beat Sally Rooney’s acclaimed novel, Normal People, which had been the bookmakers’ favourite to win the annual prize.

One of the most talked about books of the year, Miss Rooney’s second novel was odds-on to be named the overall winner of the Costa prize. 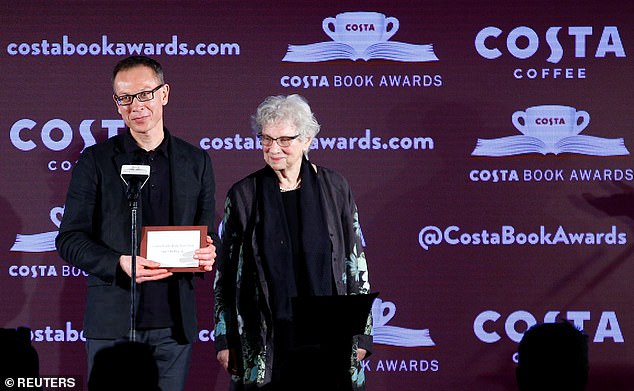 Winner Bart van Es, of the book ‘The Cut Out Girl’, stands next to the subject of his book Lien de Jong during a 2018 Costa Book of the Year Award ceremony in London

Hilary McKay’s The Skylark’s War, which was the finalist in the Children’s Book category, was second favourite at 3/1, while Stuart Turton, who won the First Novel Award for his debut The Seven Deaths Of Evelyn Hardcastle, was the third favourite at 9/2.

Only 3 per cent of bets placed were placed on the winner, which had odds of just 6/1.

In his book, Professor Van Es, an Oxford English academic, chronicles the traumatic childhood of Lien de Jong, a Jewish Dutch girl, who was taken in by his grandparents during the Second World War as she attempted to escape Nazi persecution.

The moving story follows Lien as she spends her childhood fleeing the police and enduring sexual abuse and forced servitude. 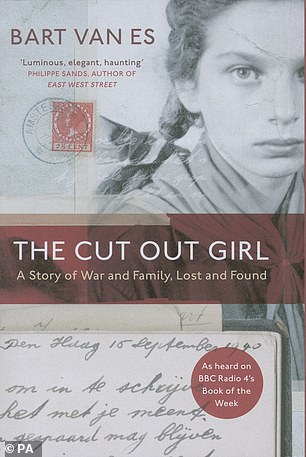 The Cut Out Girl, which details the childhood of Lien de Jong in Nazi-occupied Holland, won best biography

Miss Rooney was previously thought to be a shoo-in for the top prize after she became the youngest ever recipient of the Costa Novel Award. Her novel was also named the Waterstones’ Book of the Year in November.

Normal People is a coming-of-age love story about two young people who grow up together in a rural Irish town.

She has sold more than 40,000 hardback copies of the book in the UK following the success of her debut novel, 2017’s Conversations With Friends.

The winner of the Costa Book Award was picked by a panel of judges including Kate Humble, Prue Leith, Rachel Joyce, Sathnam Sanghera, Mimi Khalvati and BBC newsreader Sophie Raworth.

At the ceremony last night (TUES), Miss Raworth said: ‘We’ve been discussing all the books obviously and we had great discussion about all of them and we have decided, and everyone is incredibly happy with our decision, that the winner is The Cut Out Girl by Bart Van Es…

‘It is the winner because it is a book that really surprised us all actually, it’s an incredibly important book, it’s very moving.

‘We were all very surprised by it, it very much felt like a hidden gem that we really wanted to put a spotlight on and the judges around the table were all delighted with it as a winner.’ 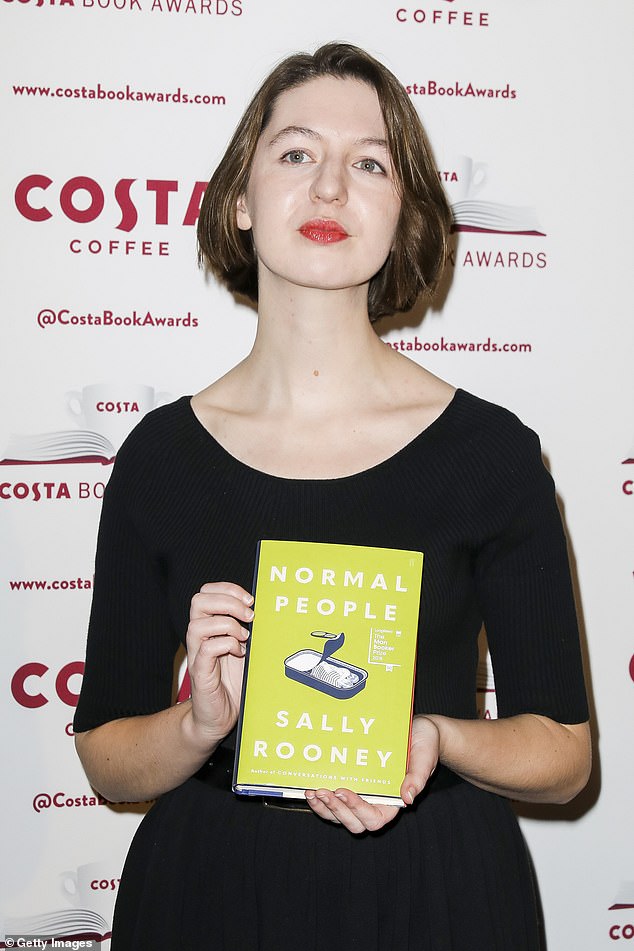 Sally Rooney with her novel Normal People at the 2019 Costa Book Awards held at Quaglino’s on January 29, 2019 in London

Miss Raworth said that the fact that it was Holocaust Memorial Day over the weekend had nothing to do with the judges’ decisions.

‘No, because I spoke to the judges before that, I’d spoken to them all over the last two weeks so I already had a pretty good idea where it was going to go, although they didn’t know I knew that,’ she said.

‘Everybody was really happy with it actually… People have favourites and people have books that they love more than others, but this one really stood out and it was right up at the top for most people, they really were surprised by it, really impressed with it.’

‘Trauma silences people and people find it very difficult to tell their stories and because of a family connection Bart has gone in and he’s found Lien and she’s now in her 80s – and what is wonderful is it’s a very uplifting book because at the end he has found her, she becomes part of his family again. 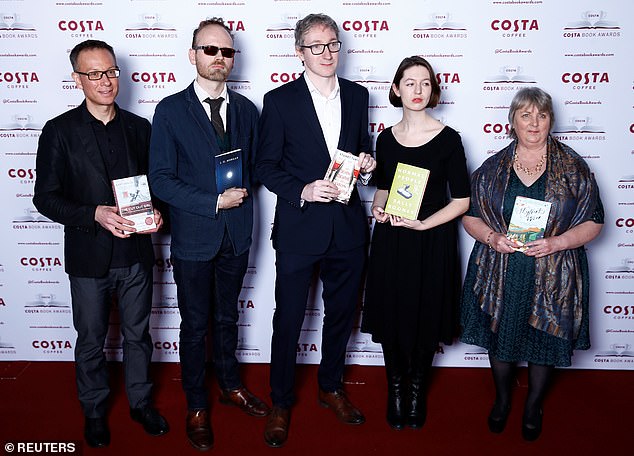 Nominees in the 2018 Costa Book Awards Stuart Turton, Sally Rooney, Bart van Es, J.O. Morgan and Hilary McKay pose for a photograph ahead of the announcement of the winner of the Costa Book Awards 2018 in London, January 29, 2019

‘It’s going to be wonderful tonight because she’s here and she’ll be standing on the stage with him, so the “cut out girl” really is being brought back into the fold.’

Accepting the award on stage at Quaglino’s in central London, Bart Van Es said: ‘Without families there are no stories and I found that so deeply in the process of researching and writing this book, which is ultimately about my love for Lien, who is here.

‘I’m terribly grateful to the Costa judges, to the Costa Award too, my amazing family starting out with my amazing grandparents who showed such bravery when other people did not.

‘I thank my wife who’s here, Anne-Marie, my children and everyone else from Penguin to…I don’t know, I’m not going to add them all up. I’m really, truly grateful and I’m going to hand the mic over to Lien.’

Lein said: ‘Without family there is no story but I have a story and thanks to Bart I also have a family again. I have children and grandchildren also, but Bart has reopened the channels of family.