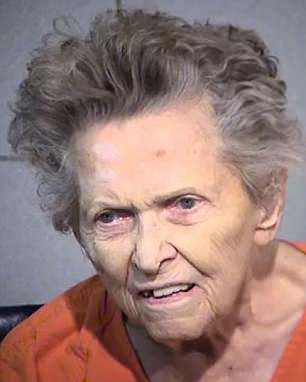 Anna Mae Blessing, 93, of Fountain Hills, Arizona, died before going on trial for killing her son after he threatened to put her in a nursing home

An 93-year-old Arizona woman charged with killing her son because he wanted to put her into assisted living has died .

Anna Mae Blessing who went to Maricopa County Jail after her arrest in the July 2 shooting death of 72-year-old Thomas Blessing at the home they shared in Fountain Hills, Arizona, died in hospice care, according to the .

The Maricopa County Attorney’s Office filed a motion to dismiss the case without prejudice on January 10, citing her death, but it was unclear when exactly she passed.

Blessing had a stroke on November 9 and was released into hospice care shortly after, where she remained until her death.

Blessing, who had also turned 93 in November, missed multiple court dates since her arrest due to her ailing health.

‘Miss Blessing has significant health issues that I think will be impacting the scope of this case in the near future,’ her public defender Jennine Burns told Maricopa County Superior Court in a December conference.

Blessing ended up in hospice care despite having been upset about her son’s plans to put her into an assisted living facility and arguing with him over the way she was being treated last summer.

Police said Blessing shot her 72-year-old son on July 2 with one of two pistols she stored under her bed in her room in his girlfriend’s condo. 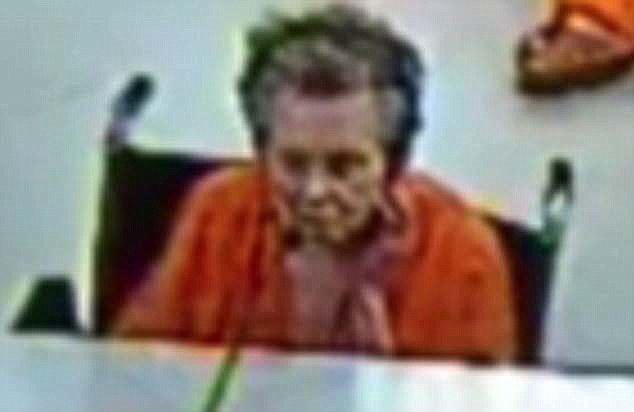 Blessing appeared in court earlier this month, in a wheelchair and orange jumpsuit, to face charges of first-degree murder, aggravated assault with a deadly weapon and kidnapping

They moved her there six months ago and Anna had become worried that the pair were plotting to move her into a home.

On the morning of the incident, Blessing hid two pistols inside her house robe and walked into her son’s room and shot him twice.

One bullet struck his neck and the other pierced his jaw.

She then turned the gun towards her son’s girlfriend, who was not been named, but the 57-year-old was able to wrestle it out of her hands.

It was at that point, Blessing allegedly reached into her robe pocket and pulled out her second weapon, which the girlfriend also managed to wrestle out of her hand. 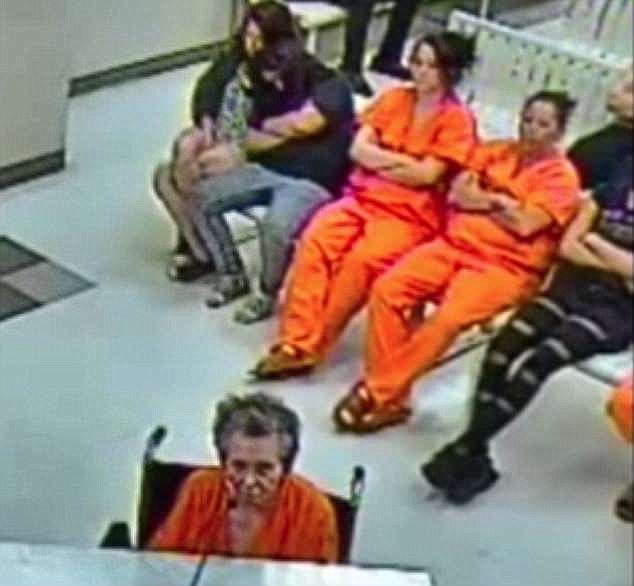 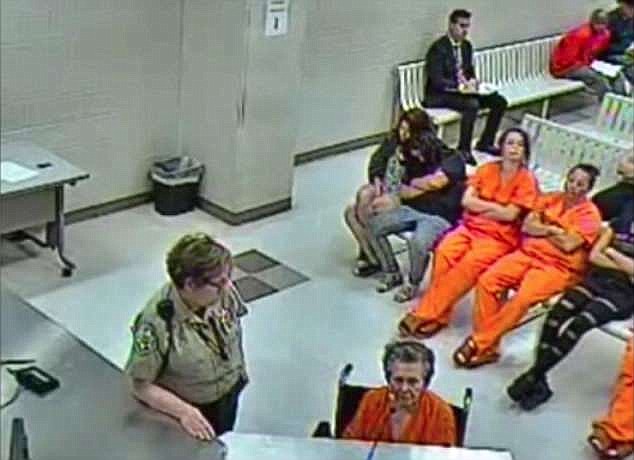 All out of guns, Blessing simply took a seat in a recliner chair and waited for the police to arrive.

As she was arrested, she announced: ‘You ended my life, so I’m taking yours.’

Blessing told officers she had wanted to kill herself but was out of weapons.

When detectives asked Blessing what she thinks should happen to her ‘she replied she should be ‘put to sleep’ as a result of her actions.’

She explained that both the guns she used, a revolver and a .25 caliber pistol, were hers but that she hadn’t fired either since the 1970s, before July 2.

Johnny Depp 'accuses Amber Heard of defecating of their marital mattress'
Midwest awaits spring-like thaw just days after bitter cold but flooding could cause havoc
AOC under fire for giving her boyfriend a congressional email account to look at her calendar
Rats 'the size of kittens' terrorizing children and residents at a Bronx playground
Florida girl, two, with spina bifida learns to walk by marching to the beat of 'Baby Shark' song
Moment Denver airport employees caught on camera building a snowman
Florida woman is taken into custody after faking medical issue on a flight to get a better seat
Firm favourite photos: Royal Family's turbulent 2019 as captured on camera - 'bumps' and all