Residents in the picturesque seaside town of Poole are furious at a 50ft high mountain of rusting cars looming over their homes.

Piles of old vehicles have built up at the Charles Trent scrapyard in the Dorset town, overshadowing gardens of neighbours houses.

Locals are angry that the five-car stacks do not count as a ‘permanent structure’ so do not require planning permission and cannot face action. 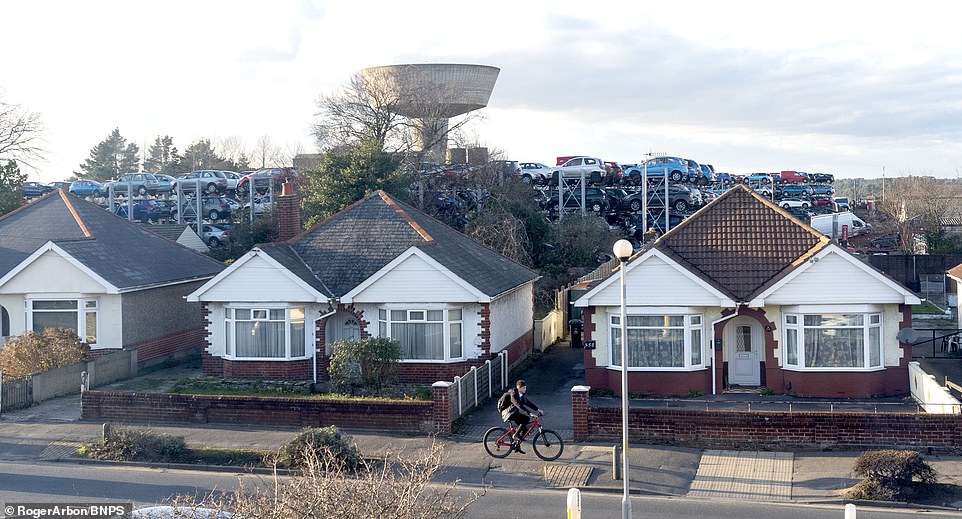 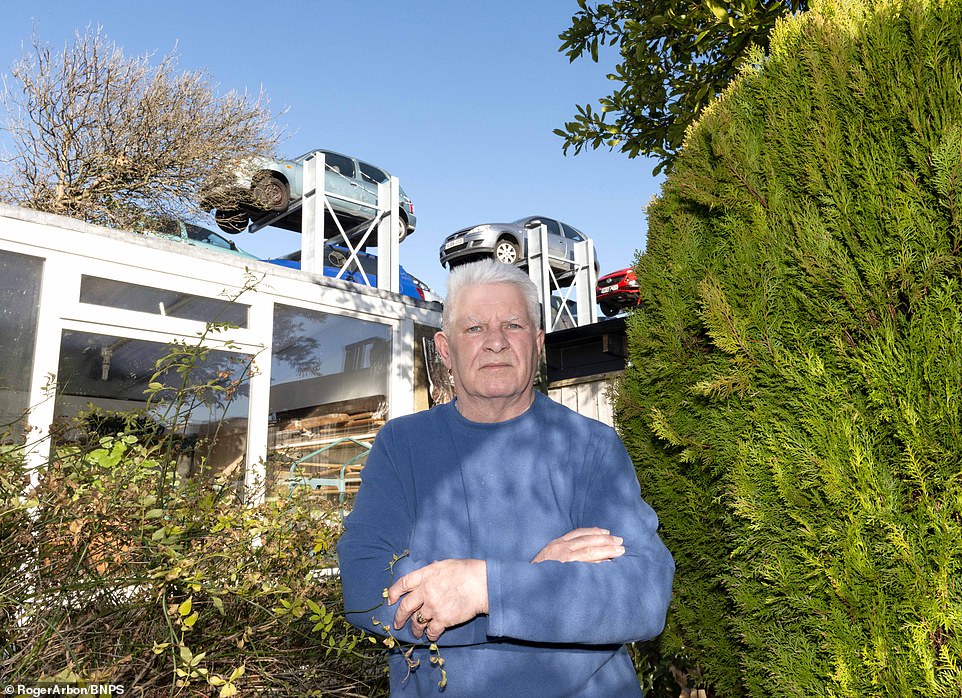 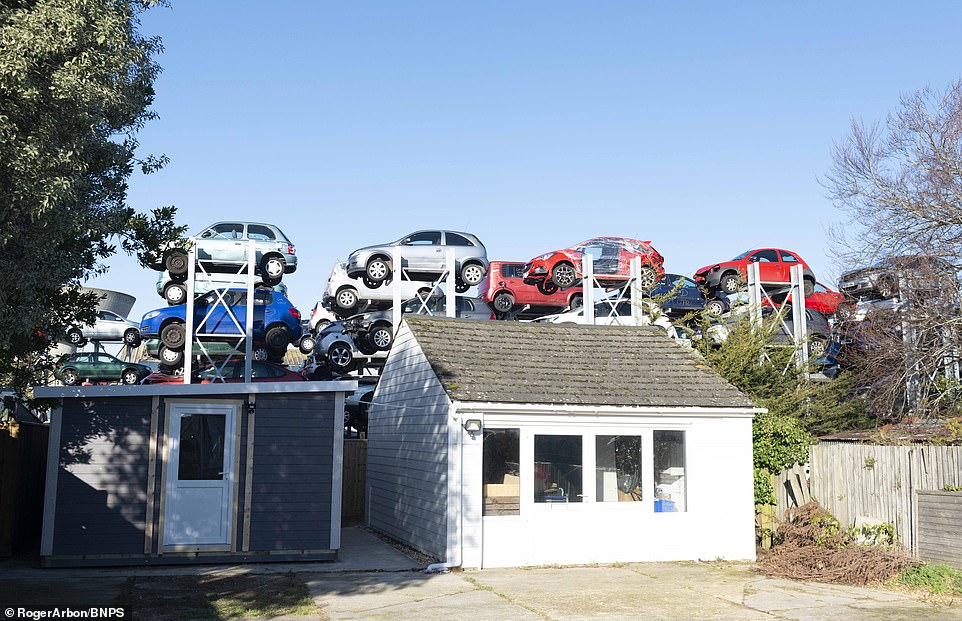 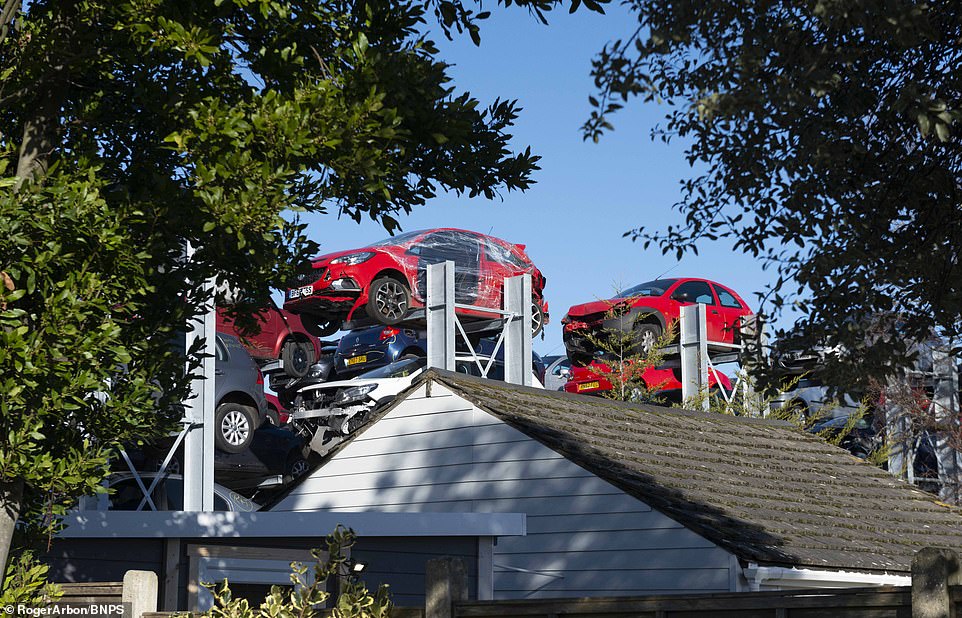 The cars are being piled up on racks by a neighbouring scrap yard, but do not count as a permanent structure under planning law

Local resident Charles Chaffey, 73, a retired engineer, said: ‘It’s absolutely horrendous, a hideous eyesore and a monstrosity. When I’m sat in the back garden it feels like I’m in the middle of a scrap yard.

‘The cars are so close to us I and the other residents fear what could happen in a fire.

‘Our homes and our lives could be at risk. They say there’s no risk of a fire but 170 cars went up in flames at the scrapyard three years ago.’

Another resident, who wished to stay anonymous, said: ‘These ugly and obtrusive car stacking systems are ruining the view from our homes and spoiling their enjoyment of being in our back gardens.’

A spokesman for Charles Trent said the stacking system enables vehicles to be piled up in a ‘more modern and cleaner way’.

They dispute claims that the size and weight of it makes it a permanent structure. 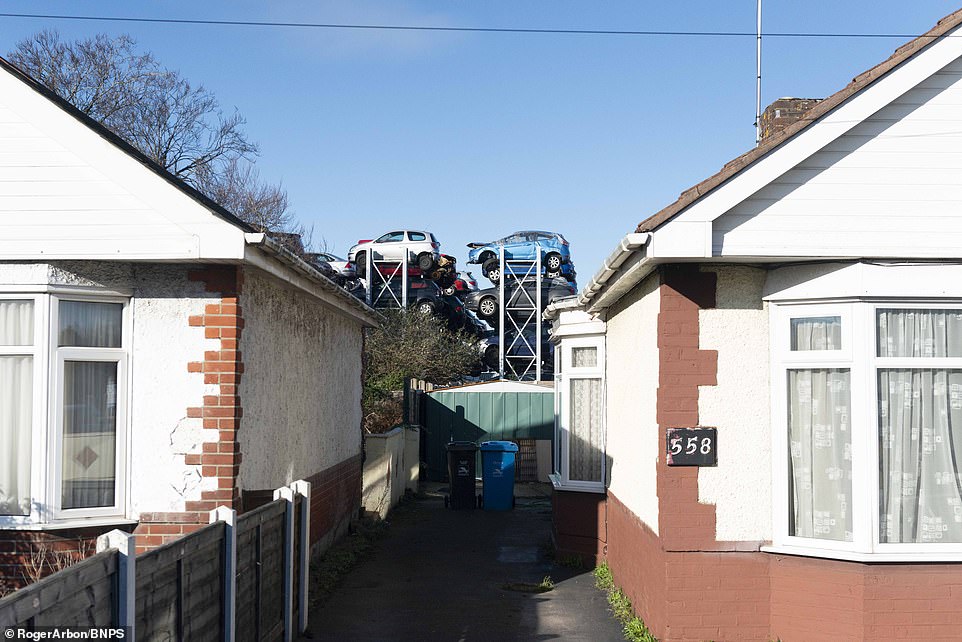 Even from the front of the houses, the stacks of cars overshadowing the gardens are visible 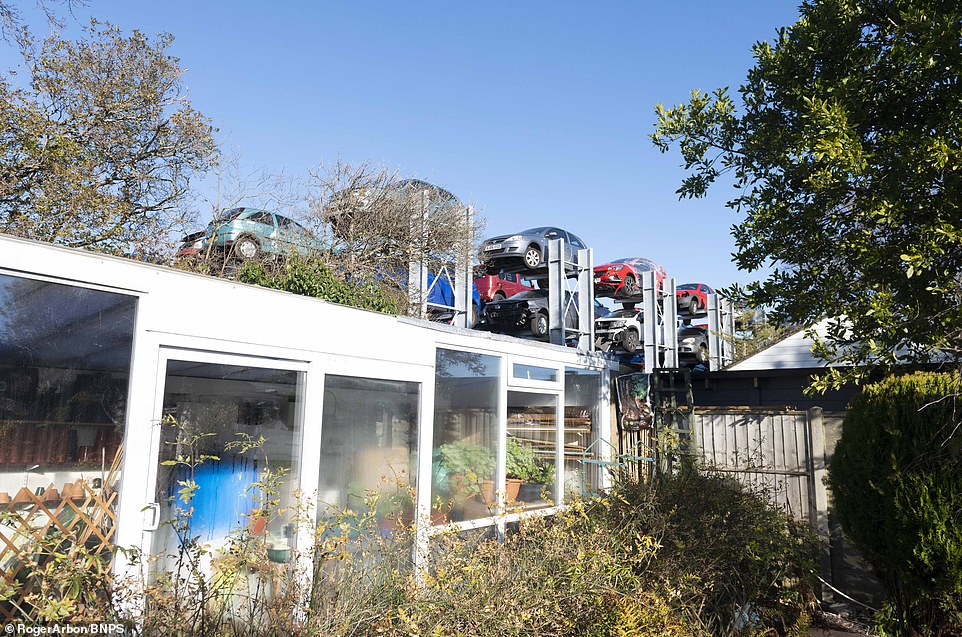 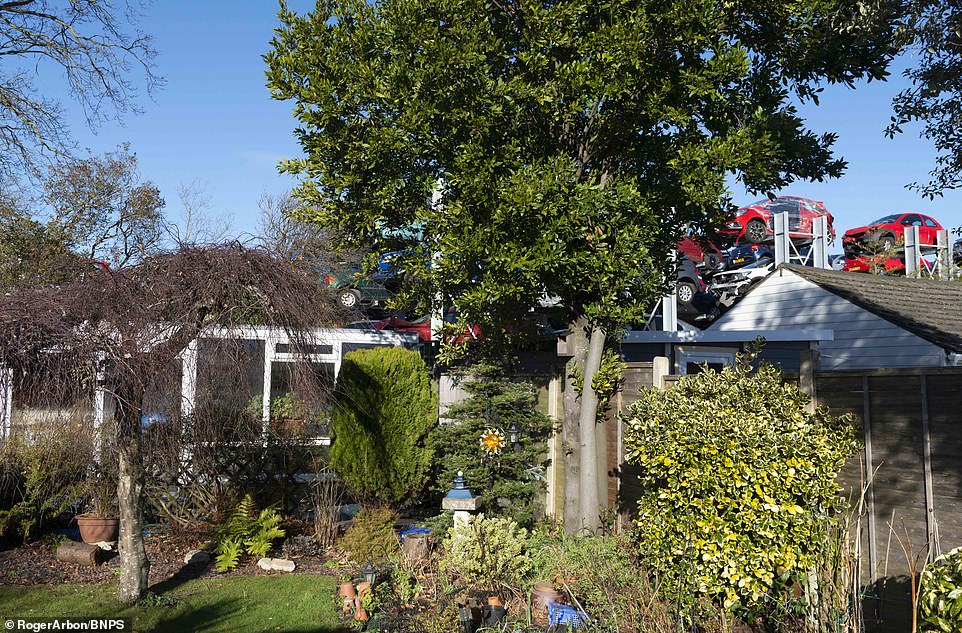 The scrapyard insists it is doing nothing wrong, but the council is investigating possible action

Using the example of steel shipping containers, Ken Parke Planning Consultants state in Charles Trent’s application for a lawful development certificate that the stacks do not constitute development and therefore do not require planning permission.

Mr Parke, in a letter to the council’s planning department, wrote: ‘In relation to size, the council have made it clear that their main issue is the visual impact of the racking due to its height.

‘But it is not the height that determines whether or not the racking is development requiring planning permission.

‘The racks are lawful on the basis that their siting does not constitute a material change of use of the land.’ 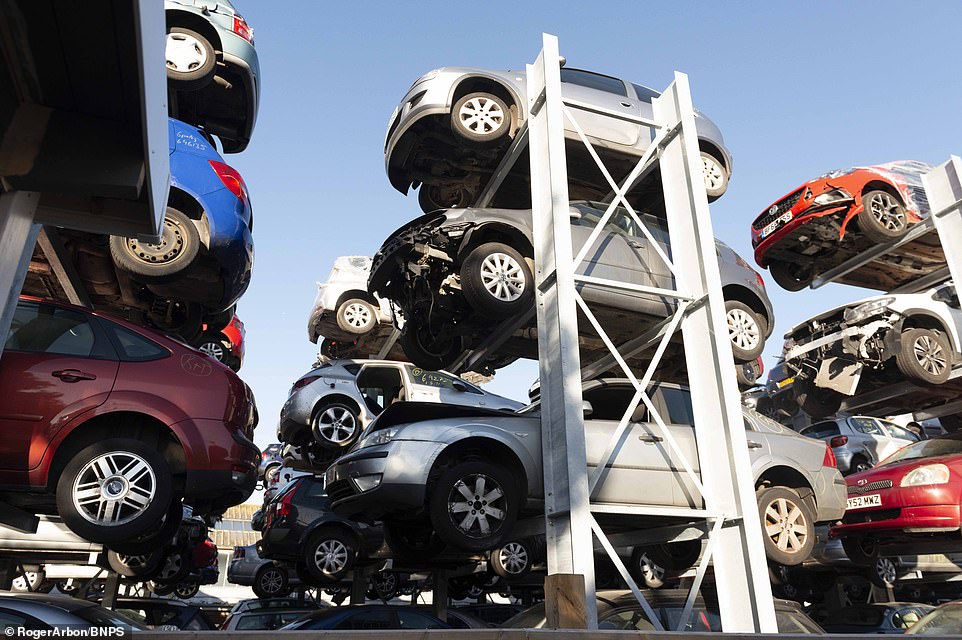 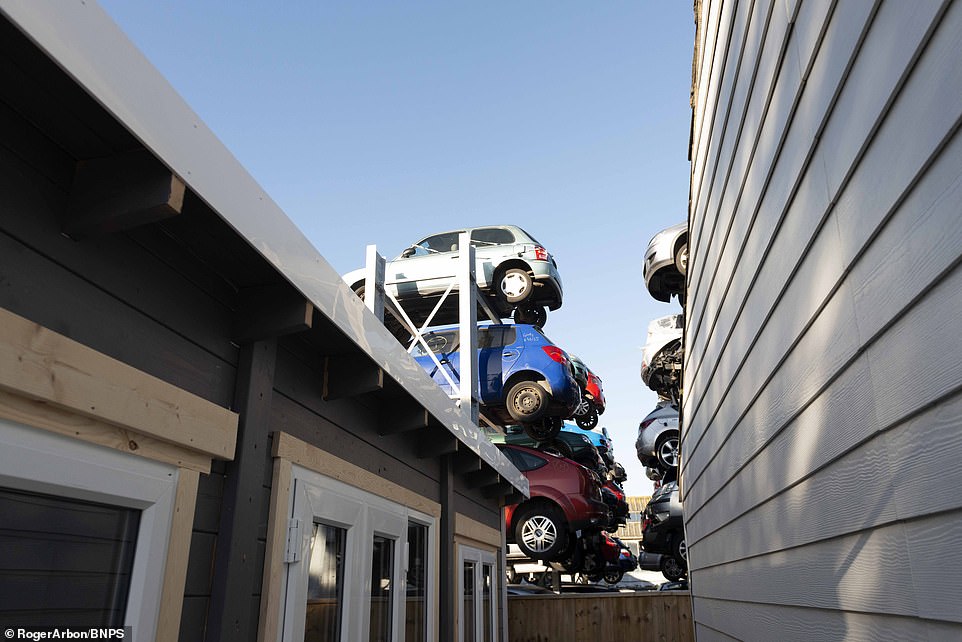 Richard Genge, planning and regeneration manager at Poole Borough Council, said: ‘We are aware of this and is currently actively investigating the matter.

‘It is also liaising with other agencies to ensure that any risks to residents is minimised.’

No one was injured in the fire but it caused thousands of pounds of damage to the compound.