One of ‘s oldest and most iconic breweries has been sold to a Japanese corporation as part of a £250million deal.

Fuller’s have sold their brewing arm – including the Griffin Brewery in Chiswick – to the Asahi Group, which real ale fans fear could lead to the end of brewing at the site.

Brewing has taken place continuously on the river-front site since 1654 – long before Fuller’s was founded in 1845. 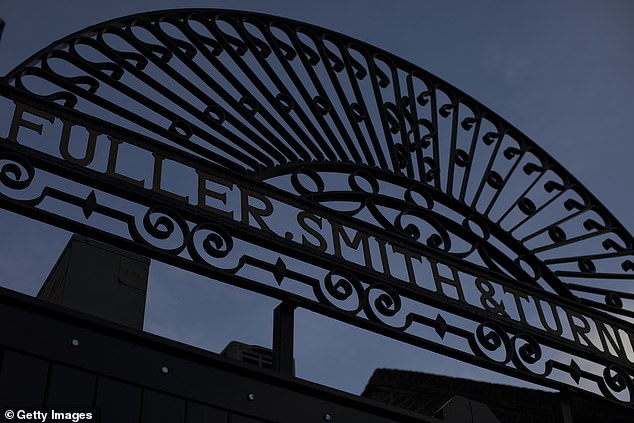 Fuller’s has sold its beer business – including its iconic Griffin Brewery in Chiswick, west London to Japanese company the Asahi Group 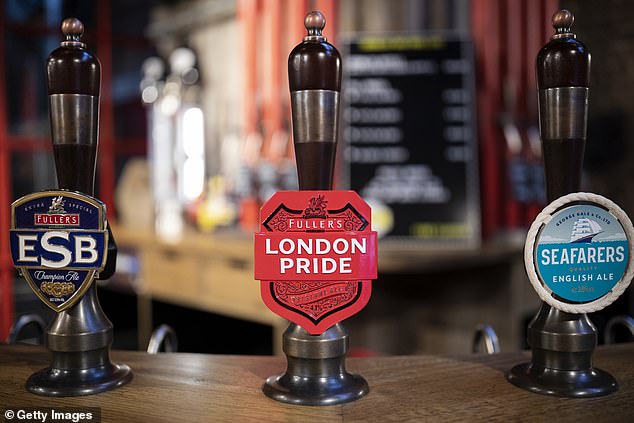 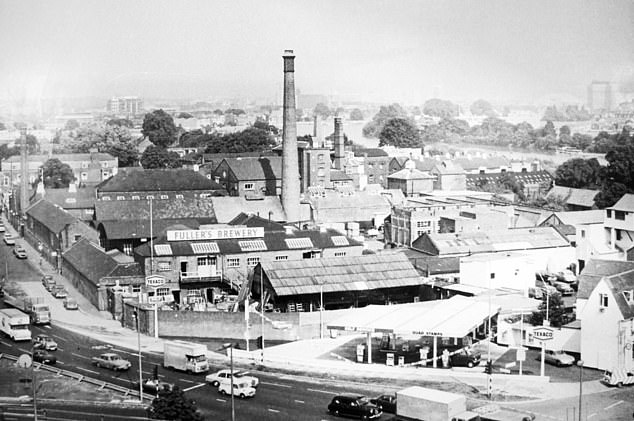 The Campaign for Real Ale expressed concern over the deal, which includes the Griffin Brewery, pictured here in the late 1960s

Fuller’s said the sale would protect the heritage of the brewery, but the Campaign for Real Ale, CAMRA said they were concerned by the proposal.

Camra chairman Jackie Parker said: ‘CAMRA is always concerned about any consolidation in the brewing industry as it could result in a reduction in choice, value for money and quality for beer drinkers.

‘We’re also wary of one company increasingly controlling larger and larger shares of the market, which is seldom beneficial for the consumers.

‘Fuller’s has been a family brewery in Britain for more than a hundred years, and it’s a very sad day to see such a well-known, historic and respected name exit the brewing business.

‘It would be very disappointing to see the character of Fuller’s beers change as a result of the deal. While the Fuller’s family has stressed it has sought to protect the heritage of the Griffin Brewery, we’d call on the new owners to pledge to continue brewing operations at the Chiswick site as well as show a commitment to not only continuing cask beer production, but preserve the full range of Fuller’s, Dark Star and Gale’s beers.’ 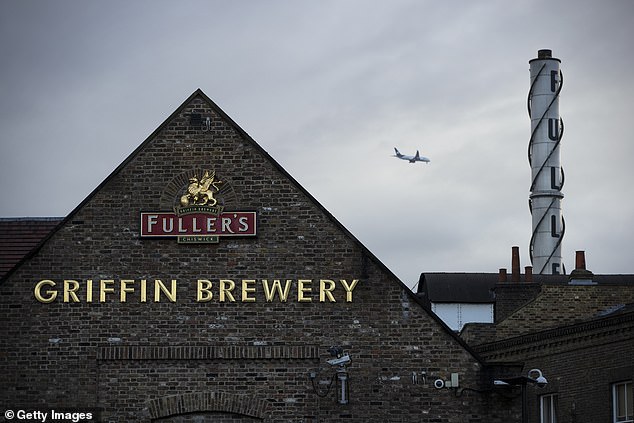 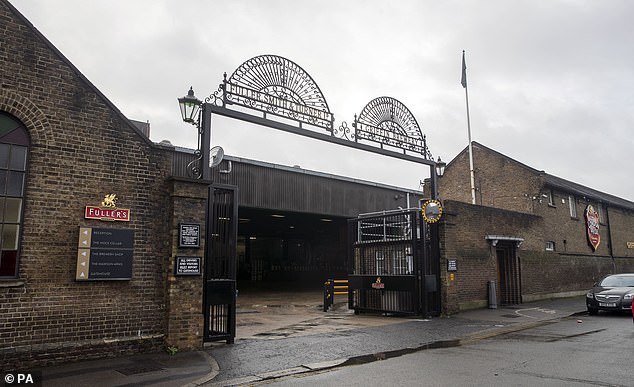 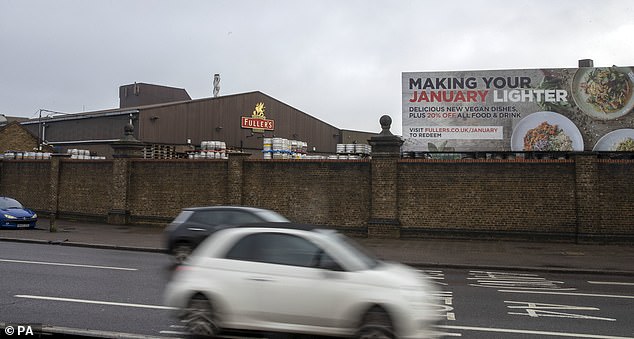 The deal was announced this morning and will see the Japanese company take control of the brewing business and the associated brands while Fuller’s will concentrate on their hotel and pub portfolio.

The deal includes Fuller’s brands such as London Pride, Frontier and Cornish Orchards cider. They will be added to the Japanese firm’s portfolio which includes Peroni and Grolsch.

While Asahi vowed to continue brewing beer on the site, the pub group’s best-known pints – including London Pride, Frontier and Cornish Orchards cider – will fall into the hands of the Asian lager specialist.

Fuller’s chief executive Simon Emeny tried to allay the fears of real ale fans. He said: ‘This deal secures the future of both parts of our business including protecting the heritage of the Griffin Brewery in Chiswick, which was particularly important to the Fuller’s Board. We remain incredibly proud of the Fuller’s Beer Business, its history and the high quality premium beer and cider portfolio that we have developed. Brewing has formed an integral part of our history and brand identity, however the core of Fuller’s and the driver of our future growth is now our premium pubs and hotels business.’

‘I am delighted that this transaction maintains Fuller’s long association with the Beer Business and that we will continue to enjoy a strong relationship with Asahi as a key supplier. We look forward to continuing our alliance and developing a mutually beneficial partnership that will see both businesses flourish in the future. Asahi, as a company recognised for brewing excellence, is an appropriate custodian of our rich brewing history and the Griffin Brewery, and will ensure the Fuller’s Beer Business brands will reach an even wider global audience.’

Although Fuller’s will retain ultimate ownership of its brand name, Asahi will hold the global licence to use the trademark.

Akiyoshi Koji, chief executive of Asahi, said there was ‘untapped international potential’ in the London Pride brand which the company can use its global scale to unlock. 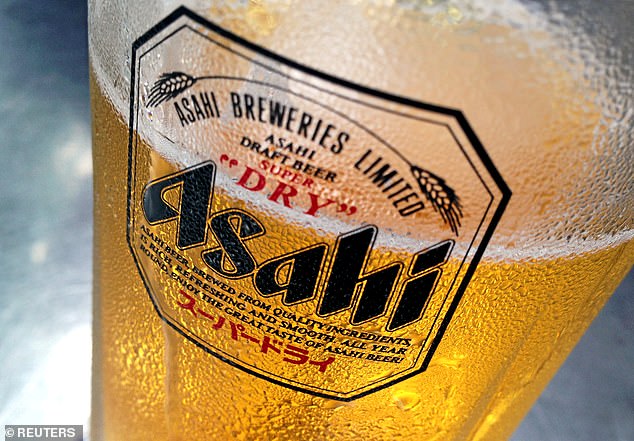 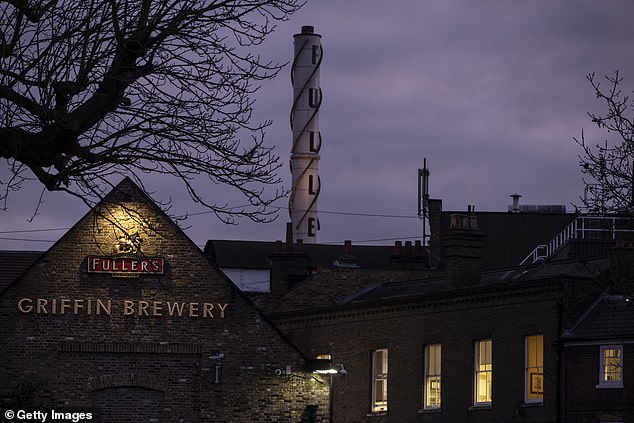 Neil Wilson of Markets.com said beer fans will not notice any difference when at the pub

The announcement came as Fuller’s released a trading update showing a 4.7 per cent rise in like-for-like sales in its managed pubs and hotels over the 42 weeks to January 19.

Neil Wilson, of Markets.com, said the sale of the beer business would help Fuller’s to focus on investing in its pub estate.

‘Punters won’t notice much difference at the bar,’ he said.

‘Pubs may be closing at a hell of a clip these days but consumers still want experiences and dining out is one of those. Therefore, investing in pubs and hotels is essential as consumers demand more from their pub experience.’

The British brewer, which was founded in 1845, is famous for its flagship ale London Pride. Asahi has said it will use its global scale to bring Fuller’s brands to a new audience.

Fuller’s is one of the oldest beer businesses to be sold to new owners, but it is not the only UK brewery to prove attractive to overseas buyers of late.

International beer giants have invested in a string of British businesses in the past few years, especially as the craft beer boom produced several new players.

These are some of the most recent sales and investments:

Asahi already owns this British brand, having bought it from SAB Miller in 2016. The purchase was part of a wider deal struck to remedy competition concerns over AB InBev’s acquisition of SAB and also included UK rights to Peroni Nastro Azzurro and Groslch. It was originally founded in 2000 by Alastair Hook and still has a brewing site in Greenwich.

The East London outfit was sold to Copenhagen-based Carlsberg in 2017. It first opened in 2011, making it the first commercial brewery in Hackney since the 19th century. It relaunched under its new ownership last year, with production due to be moved back to the original site by this year.

The brewer of Hells Lager, which was founded in 2010, was sold to Belgium’s AB InBev in 2015 for about £85 million. Australian founder Jasper Cuppaidge is still involved with the business and has overseen the purchase of a new £30 million brewing site in Enfield.

Beavertown, known for its Neck Oil and Gamma Ray brews, was founded in 2011 by Logan Plant, the son of Led Zeppelin frontman Robert Plant. Although it is still majority-owned by its founders, the brewery sold a minority stake to Dutch firm Heineken last year.

While the Scottish brewer remains fiercely independent, it took a £100 million investment from US private equity firm TSG Consumer Partners in 2017 in exchange for around 23 per cent of the company. Brewdog’s equity crowdfunding investors – or ‘punks’ – voted to approve the deal.

Sarah Hyland reveals she exercises naked in front of a mirror because it forces her to 'work harder'
Is THIS where Meghan and Doria Markle slept before the royal wedding?
Millionaire entrepreneur shares the four things all the best CVs have in common
HMS Mersey will protect the Kent coast while RAF tracks smuggler boats
Fire rips through holiday park turning 40 caravans worth as much as £30,000 to ash
Eurovision 2019 braces for Icelandic 'bondage band' Hatari with political song
Detectives scour CCTV to track down gang who attacked left-wing political commentator Owen Jones
Drinkers in Leeds brave deluge as THREE WEEKS of rain drenches Britain in space of 36 hours