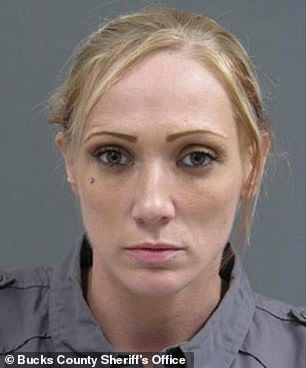 The trial of Pennsylvania adult dancer Jennifer Morrisey, 34 (pictured), accused of murdering her wealthy lover, Michael McNew, 64, after he broke up with her and threatened to shoot her, began on Thursday

The trial of an adult entertainer accused of murdering her wealthy lover, after he broke up with her and threatened to shoot her, began in Pennsylvania on Thursday.

Testimony has begun in the case against Jennifer Morrisey, 34, who is said to have fatally shot pharmaceutical executive Michael McNew, 64, between the eyes just shy of 18 months ago.

Prosecutors argued in opening statements on Thursday that things had taken a turn for the worse in the pair’s five-year relationship, during which time McNew had ‘taken care’ of Morrisey.

McNew was shot and killed on August 6, 2017, Matt Weintraub, Bucks County District Attorney said during a at the time of Morrisey’s arrest.

McNew was found dead in his Washington Cross home days later by a co-worker from his company, AbbVie Pharmaceuticals, and her daughter, the reported.

Morrisey was arraigned on charges of criminal homicide, burglary, tampering with or fabricating physical evidence, and possessing instruments of crime on September 29, 2017. 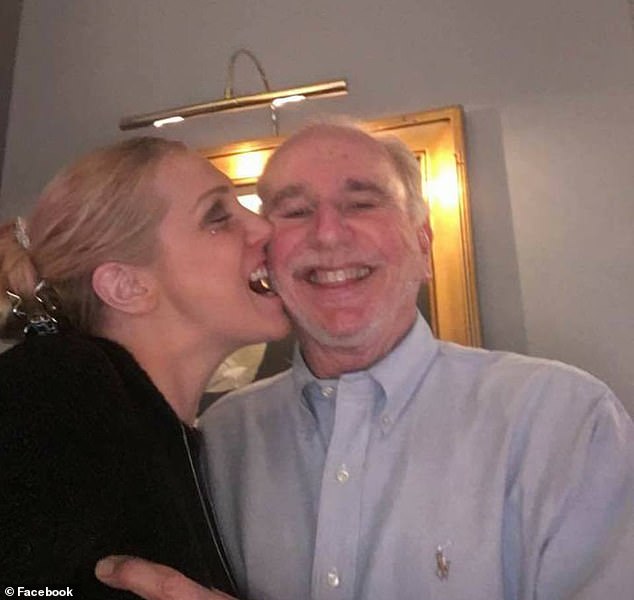 Prosecutors argued in opening statements on Thursday that things had taken a turn for the worse in the pair’s five-year relationship. McNew was shot and killed on August 6, 2017. Morrisey (left) and McNew (right) are pictured together in a photo shared to social media

‘You don’t have to like the fact that there is a big age difference, and you don’t have to approve of the type of relationship they had,’ Assistant District Attorney Kristin McElroy said to jurors in the case. ‘But he didn’t deserve to die because of it.’

The two met while Morrisey was performing as an exotic dancer, and their relationship developed from there, until the day he died.

‘It’s not always immediate when you catch a killer, and in this instance it took a lot of cooperation, colaboration and just good old-fashioned detective work to connect all those dots to link Ms. Morrisey to the murde,’ Weintraub said at the time when she was first taken into custody. 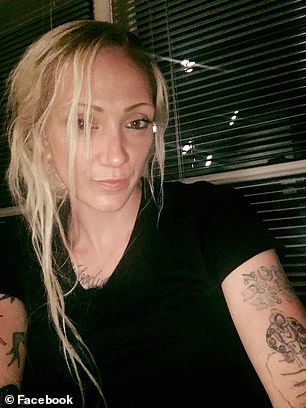 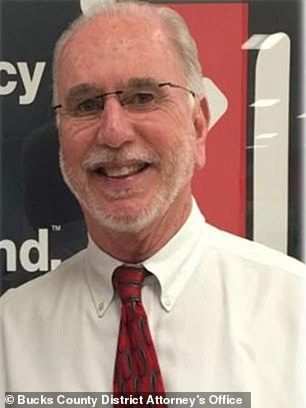 Her defense team said McNew (right) was accidentally shot in a struggle over a firearm, and Morrisey (left) then staged the scene because she didn’t think anyone would believe her.

Prosecutors said Morrisey deliberately killed McNew, and then tried to make it look like a robbery gone wrong.

‘The crime scene, the forensic evidence, and actions of the defendant all point to one thing: She went there, she pointed a deadly weapon at him, and she shot him once between the eyes. That is murder,’ McElroy told the court.

But attorneys for Morrison explained away any deliberate actions taken by the defendant as steps taken by a woman who felt no one would believe that McNew was shot accidentally in a struggle over the gun that killed him.

Attorney S. Philip Steinberg said his client had gone to McNew’s home to pick up her personal property, and then turned to ‘panic mode and ultimately stupidity mode’ when the situation turned deadly.

‘She does everything she possibly can to make this justified shooting look justified,’ Steinberg said, ‘because she thought no one would believe her.’

Text messages found on Morrisey’s phone from the night of McNew’s death paint a picture of a woman engaged in violent conversation with the man who would later be found dead. 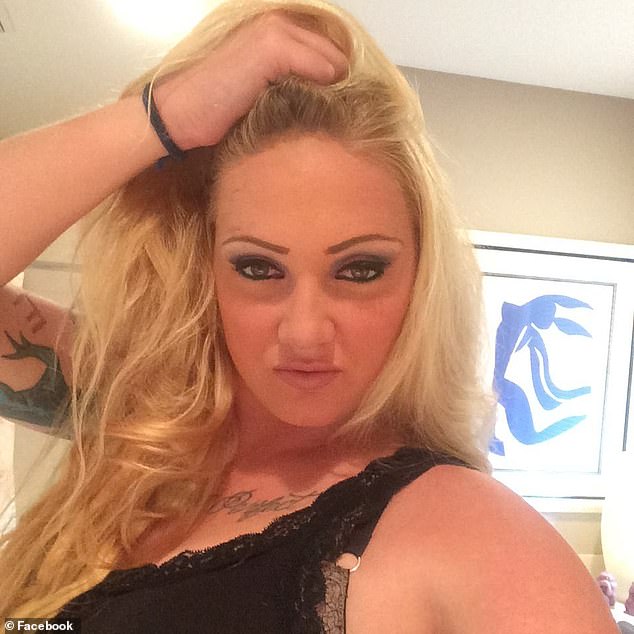 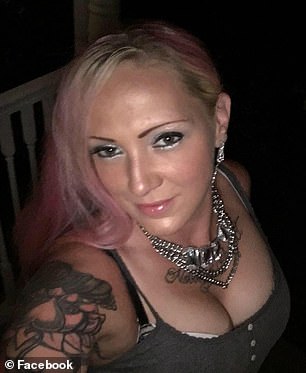 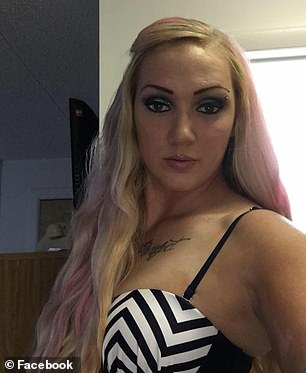 In the text exchange, McNew waffled between inviting Morrisey (at left and right) over and telling her he loved her, with her saying, ‘I already told you that I’ll be there tonight,’ and McNew at one point threatening to shoot her.

In the text exchange, McNew waffled between inviting Morrisey over and telling her he loved her, with her saying, ‘I already told you that I’ll be there tonight,’ and McNew at one point threatening to shoot her.

DA Weintraub read more quotes from those texts at the time of Morrisey’s arrest coming from her phone, including, ‘Get the gun then because I’m coming,’ and, ‘Guess you’re just going to have to shoot me.’

Others read, ‘You have a choice. Touch my stuff and I cut your throat,’ ‘I’m gonna stab you,’ and ‘I’ll gut you like I’m field-dressing an [expletive] deer.’

At the time of McNew’s death, Morrisey also had a boyfriend other than McNew, named Charles ‘Ruthless’ Kulow.

‘Our family is deeply saddened that our father was tragically taken from us,’ McNew’s family said at the time of Morrisey’s arrest in September of 2017.

‘We are hopeful that justice will be served on our father’s behalf.’ 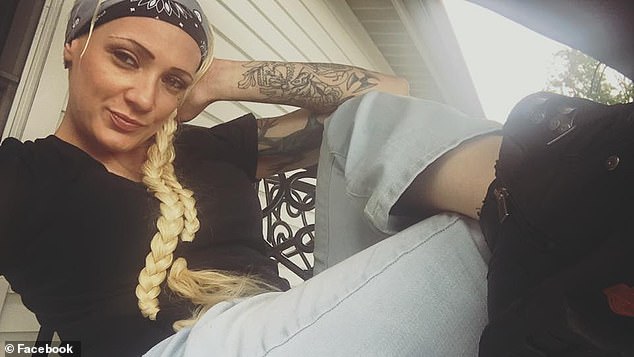 At the time of McNew’s death, Morrisey (pictured) also had a boyfriend other than McNew, named Charles ‘Ruthless’ Kulow

Julie Chen quits The Talk as she stands by her disgraced hubby
Facebook reveals bug exposed up to 6.8 MILLION users’ unposted photos to third-party apps
YouTuber stars Ethan and Grayson Dolan beg fans not to come to their father's funeral
Correction officers face backlash for controversial #feelingcutechallenge posts
Jailed man accused of causing a 28-car crash that killed four men, has received $20,000 in donations
Biblical home of the Ark of the Covenant is 'discovered' in Israel
Georgia parole board SPARES murderer's life just hours before he was set to be executed
Solitary traveler wears hazmat suit aboard Japan Airlines flight to LA