White House Press Secretary Sarah Sanders refused to deny that was the person who directed a ‘senior’ official on his campaign to contact Roger Stone urging him to get stolen emails from WikiLeaks.

Sanders appeared on camera from the White House hours after Trump’s longtime advisor was arrested in and indicted on seven counts of obstruction of justice, witness tampering, and lying to investigators about his contacts with WikiLeaks.

A key passage in the indictment uses the passive voice and states that a ‘senior Trump Campaign official’ was ‘directed’ to contact Stone about WikiLeaks to get damaging information on .

Sanders was grilled repeatedly on Friday, but wouldn’t say whether or not it was Trump – saying she wouldn’t get into the ‘weeds’ of the charging document. 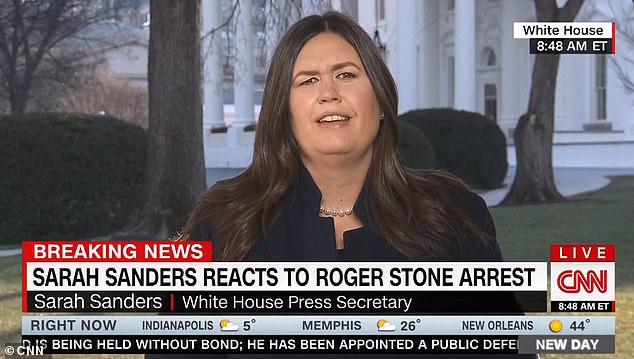 ‘When you want to get into speculative questions you’ll have to talk to the president’s outside counsel on that,’ Sanders told interviewer John Berman, asked point blank if Donald Trump directed a senior official to contact Roger Stone about WikiLeaks

That passage drew immediate speculation that it could be Trump, since a low-level figure could not provide direction to a senior campaign official.

‘When you want to get into speculative questions you’ll have to talk to the president’s outside counsel on that,’ Sanders told interviewer John Berman. 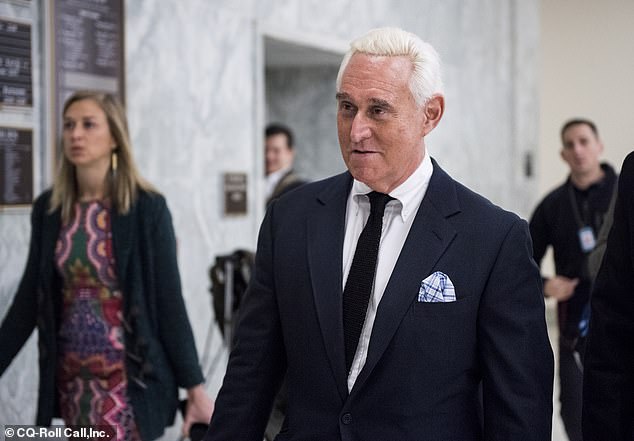 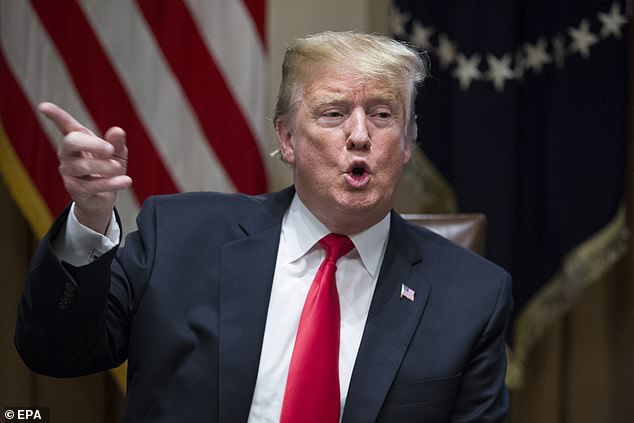 Pressed, she said: ‘If you want to get into the weeds on that you’ll have to talk to an attorney.’

She added: ‘I’m not going to be able to provide you some type of insight or legal analysis. What I can tell you is that these specific charges that have been brought against Mr. Stone don’t have anything to do with the president.’

She also sought to distance Trump from Stone, who says he has been urging Trump to run for president for years.

‘Roger Stone is somebody who’s been a consultant for dozens of Republican presidents and candidates and members of Congress,’ said Sanders.

Sanders was grilled about Trump about a passage in the indictment

‘But conversations between those individuals have nothing to do with the fact of what the charges are about. And that’s about whether or not he made false statements. We’ll let the courts make the decision. I think the bigger question is if this is the standard, will the same standard apply to people like Hillary Clinton, James Comey, Clapper? Will we see the same people we know have also made false statements, will that same standard apply?’

Kavanaugh friend denies sexual misconduct claim
Kate's last-ditch Christmas shopping trip with the children
Van Gogh is going nowhere: Painter's Sunflowers is too fragile to be loaned out say museum bosses
Prosecutors subpoena capitalist who gave $1.1 million to Trump inaugural - he said he was networking
It's not just what you eat, but WHEN you eat that matters, research finds
Doctors told this woman with Lyme disease to 'try meditation' and that she 'didn't look unwell'
Thousands of anti-Brexiteers join 'No to Boris, yes to Europe' march
Timelapse footage reveals abundance of wildlife before firestorm