A policewoman who shocked colleagues by sending an indecent meme of a baby to her colleagues in a WhatsApp group has been found guilty of misconduct.

PC Erica Ray, 38, is facing the sack after sending the photoshopped image of the infant with a bowl haircut and adult male genitals, captioned: ‘I hated that haircut but I was a happy baby’.

PC Ray, who worked with sex offenders, claimed at a disciplinary hearing that the picture was intended to poke fun at the height of her colleague DC Christian Williams. 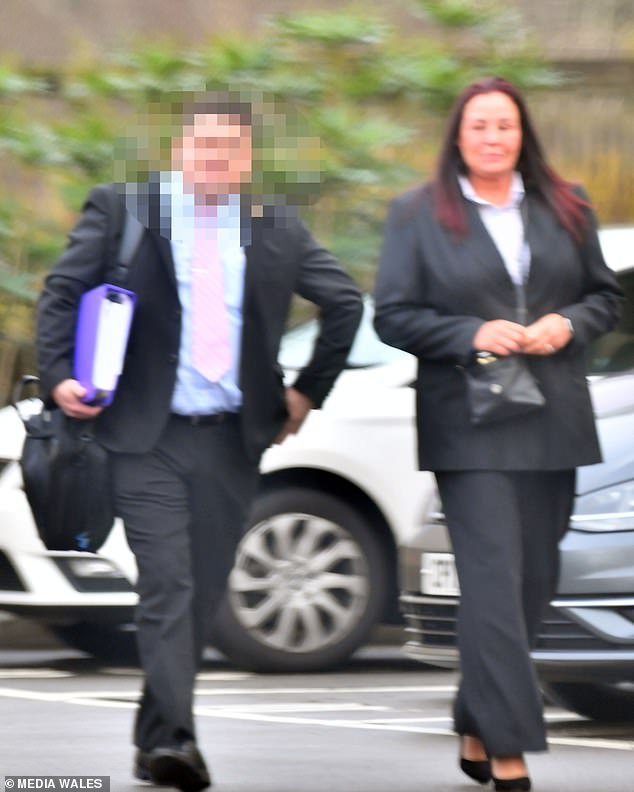 She wrote under the picture shown to the panel at the hearing: ‘I’m sorry Christian I said I wouldn’t but I couldn’t resist’.

Members of the WhatsApp group at Cardiff Bay Police Station were offended by the image and reported PC Ray to senior officers.

She was arrested and her phone seized in a criminal investigation but the case was dropped when no evidence was offered at Bristol Crown Court.

Presenting counsel for South Wales Police Jonathan Walters told the disciplinary hearing: ‘It is conceded that the image was sent by PC Ray to her colleagues as a joke.

‘The butt of the joke was DC Christian Williams.

‘Shortly after receiving the message some of the recipients reported the matter to their line manager Sergeant Andrew Boffy.’

Ray deleted the image when she discovered her colleagues were offended by the meme sent on 15 December 2017.

She told the hearing: ‘I never, ever considered it to be indecent – inappropriate.

‘It was a joke. I had the image and I saw it as a small man. It didn’t even register that it was a child.

‘If I thought it would have offended anybody I would never have sent it.

‘As soon as I learned what everybody had said about the image I deleted it.’ 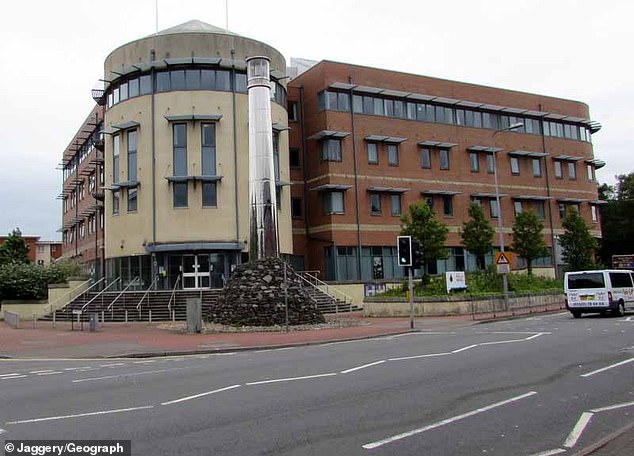 Members of the WhatsApp group based at Cardiff Bay Police Station (pictured) were offended by the image and reported PC Ray to senior officers.

PC Ray said she considered the image to be an internet meme.

She said: ‘My understanding of a meme is it’s an image that is altered to make it a joke then.’

PC Ray was found guilty of discreditable conduct at the hearing at South Wales Police headquarters in Bridgend.

Panel chairman Peter Griffiths QC told her: ‘Applying the burden and standard of proof we find that that the image that you sent was indecent.

‘We find that that image was also offensive. We find you were in breach of Standard Nine – discreditable conduct.

The hearing, which will decide PC Ray’s future in the force, continues today.

Young Texas husband & wife killed just TWO HOURS after married family helicopter crashed into hi...
Actress Dame June Whitfield dies at the age of 93
British aid worker is murdered by kidnappers after being snatched from a party in Nigeria
Chelsea Clinton shows off her bump in a billowy dress at Pride celebration
Eighty years ago tomorrow, a Nazi torpedo slammed into liner killing 112 innocents
People across the globe celebrate New Year's Eve 2019
Austria and Croatia and Spain confirm first cases of coronavirus
Knife anarchy returns to streets of London as three people are stabbed near Hyde Park