Theresa  May is privately resigned to having to delay if MPs vote for it next week, allies said last night.

In public yesterday the Prime Minister hit out at Remainer MPs seeking to extend Article 50, saying postponement ‘does not solve the issue’ and would simply put off vital decisions on Brexit.

Downing Street has refused to say whether the Government would be duty bound to accept a cross-party bid led by Yvette Cooper to delay Brexit for up to nine months – while International Development Secretary Liam Fox said the backbenchers’ plot was ‘impossible’. 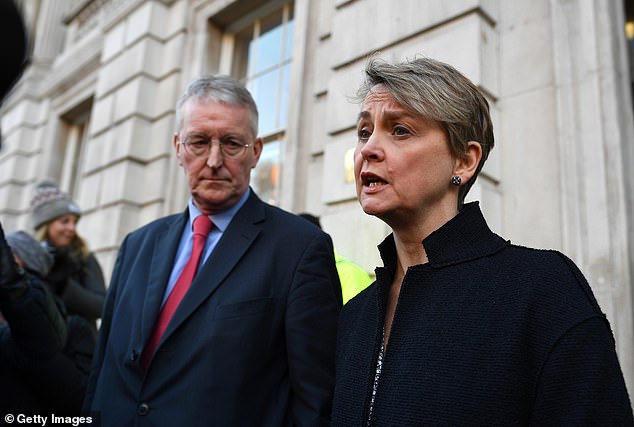 Labour’s Yvette Cooper, pictured outside the Cabinet Office, has been working on a plan to force PM Theresa May to defer Brexit by at least nine months to avert a cliff-edge departure in March as Parliament is yet to agree a deal to leave the European Union 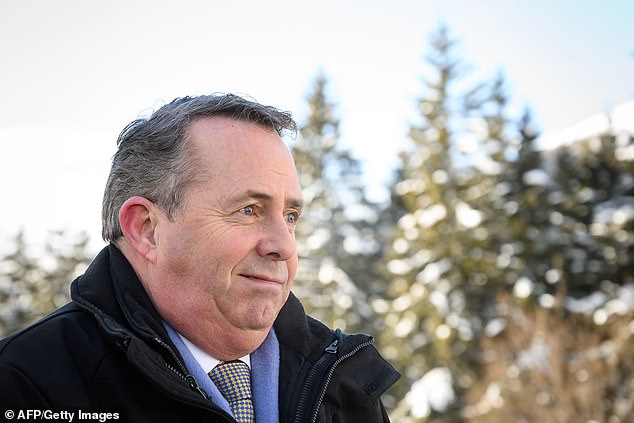 But sources last night said Mrs May is privately resigned to having to delay the UK’s departure date beyond March 29 if Parliament votes for Home Affairs select committee chairman Miss Cooper’s plan.

One ally said that there would be ‘nothing we can do’ to prevent a delay if the plan is passed.

The proposal would allow backbenchers to bring forward legislation on February 5 to extend Article 50. If passed, Mrs May would have three weeks to win a vote on her Brexit deal in Parliament before being required to seek an extension of Article 50.

With Labour hinting it will back Miss Cooper’s bid, and a number of Tory Remainers also indicating support, the move has a realistic chance of success.

Allies of the Prime Minister fear the move would release the pressure on the EU to compromise – and believe that it would leave ministers until only February 5 to come forward with a new plan.

One said: ‘Yvette Cooper’s amendment is of a different order to the others. The rest are expressions of parliamentary will – in theory, she could ignore them.

‘But Cooper is proposing legislation. If that passes there is nothing we can do.

‘It’s massively unhelpful. We’d have a week to try to persuade the Commons not to back the bill or Brexit would be delayed and the pressure would come off the EU.’

Miss Cooper’s bid to seize control of the Brexit process will be debated and voted on by MPs on Tuesday.

Her proposal, drawn up in conjunction with former Tory minister Nick Boles, would tear up Britain’s constitutional conventions and allow backbench MPs to push through legislation in the face of Government opposition. 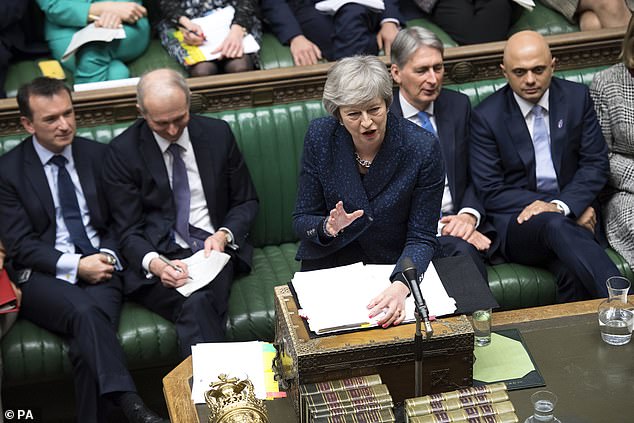 Labour yesterday signalled it would back the controversial bid to delay Brexit.

Shadow Chancellor John McDonnell said it was ‘highly likely’ that Labour would support the move, although he suggested it might push for the Brexit delay to be limited to three months.

He added: ‘Yvette Cooper has put an amendment down, which I think is sensible… so I think it’s increasingly likely already that we’ll have to take that option because the Government has run the clock down.’

Shadow Cabinet Office minister Jon Trickett argued that the plan would help stop a No Deal Brexit, adding: ‘If a resolution comes forward, in principle yes we can back it.’ A spokesman for Jeremy Corbyn, who held private talks with Miss Cooper about the issue last night, suggested the Labour leader might even be prepared to open talks with Mrs May if the prospect of a No Deal Brexit is pushed back.

Eight pro-Remain Tory MPs have also backed the plan, with more expected to follow suit in the coming days. Work and Pensions Secretary Amber Rudd has urged Mrs May to allow a free vote – and warned that a string of ministers could resign to back the proposal if she does not.

But some Labour MPs in Brexit supporting areas are opposed to the move, meaning Tuesday night’s vote could be tight.

Former minister Caroline Flint yesterday indicated she would oppose the plan and said those pushing it ‘don’t want to leave the EU and are using Parliament to frustrate the process’.

Dr Fox also questioned the motives of those behind the plan, saying: ‘There are many who talk about delaying Brexit when what they really mean is not having Brexit at all.’ He warned that overturning the referendum result would lead to ‘calamitous’ political consequences.

Extending Article 50 would also require the unanimous consent of the other 27 EU countries.

Pierre Moscovici, EU commissioner for economic affairs, said this would be granted only if it was clear that the UK had an alternative plan it needed time to implement.

He told Bloomberg News: ‘An extension is a possible scenario, but for that there are two things required. First, we have to have unanimity on that.

‘I am not so worried about that, because until now the 27 have been united, and I don’t see why that would change. Second, you need to have a reasoned request (from the UK), meaning we are not going to extend just because we are not there. We need to know why we extend. What for? What is the plan?’

The development came as Downing Street confirmed Theresa May and her husband Philip hosted a private dinner at Chequers for DUP leader Arlene Foster, her deputy Nigel Dodds and their partners as part of a Brexit charm offensive.

The EU’s chief negotiator Michel Barnier has warned British MPs that ‘opposing a No Deal will not stop a No Deal from happening’ unless they agree to support an alternative.

Mrs May invited Nicola Sturgeon and Welsh First Minister Mark Drakeford to join a Cabinet committee preparing the UK for Brexit, with or without a deal.

George Osborne warned that a hardcore of Tory Remainers would side with Labour to force a general election if Mrs May tries to take Britain out of the EU without a deal.