The Duke of Cambridge today rounded on his grandmother’s generation as he claimed the stiff upper lip mentality maintained during World War II is to blame for today’s mental health issues.

made the comments as he joined Prime Minister Jacinda Ardern at the Mental Health Matters meeting at the World Economic Forum in Davos earlier today.

William, 37, said that people learned to bottle up problems from parents and grandparents who lived through World War II.

‘I take it as far back as the war,’ he said. ‘It was very very difficult for everybody, losing so many loved ones and dealing with such horrendous circumstances that no matter how much you can talk you were never going to fix the issue.

‘So this whole generation inherited that this is how we deal with problems we don’t talk about them. 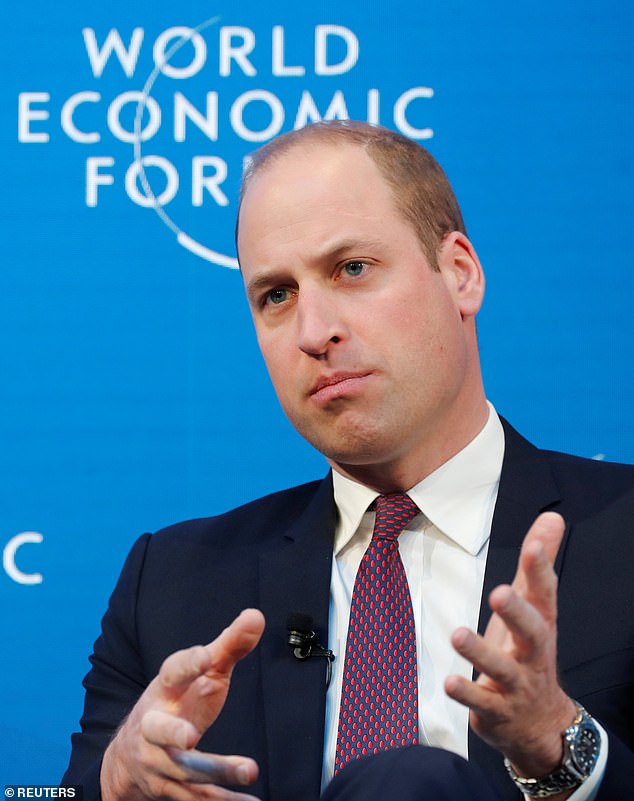 ‘I think that now there’s a generation here that’s realising this is not normal and we should talk about them. We should get over it.’

The prince went on to speak of his own experiences while working in the air ambulance, before he quit back in 2017.

He explained: ‘I was dealing with a lot of trauma on a day in, day out basis, stuff that your body is not programmed to deal with.

‘I might have gone into my shell a bit and thought ‘I can deal with this myself’ and then potentially down the line it manifests itself in a much worse situation.

The Queen may be head of Britain’s armed forces in little more than name, but her role in the military has not always been purely ceremonial.

Princess Elizabeth’s adolescence took place in the shadow of World War II and, with the country in crisis, she did not shy away from her royal duties.

Her first solo public appearance came at the age of 16, with a visit to the Grenadier Guards. By then she had already been named Colonel-in-Chief of the regiment – effectively the link between the infantrymen and the Royal Family.

And by 18, changes to the law meant she could act as a Counsellor of State, meaning she would be one of five royals holding the fort in the event of her father going abroad or becoming incapacitated.

Shortly after that, in February 1945, she signed up with the Women’s Auxiliary Territorial Service and was given the service number 230873.

She joined as an honorary Second Subaltern but must have impressed in her duties as a driver and mechanic, as she rose to the rank of honorary Junior Commander within five months. 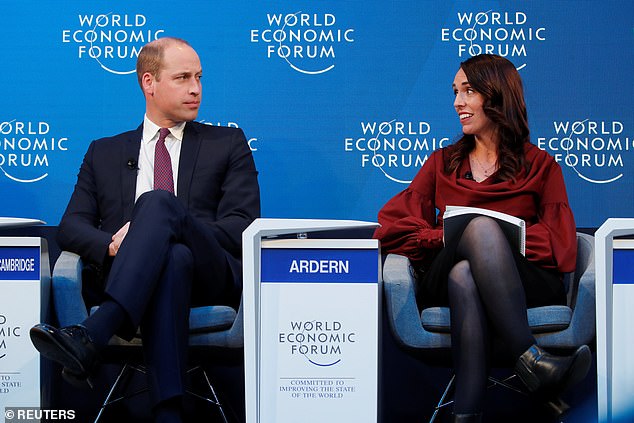 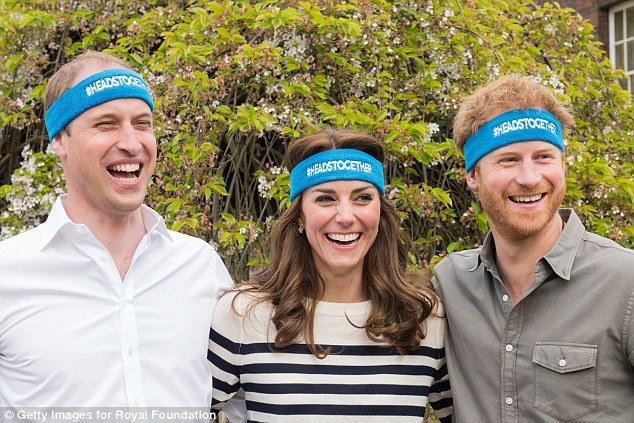 ‘As a team you draw it out and you debrief about it, and I know that if I hadn’t taken the action that I did then I would have gone down a slippery slope and I would have been dealing with mental illness on a different level.

The second in line to the throne acknowledged the fact that there are still negative connotations surrounding mental health.

When he, his brother Prince Harry and his wife Kate set up their charity Heads Together back in 2016, William claims they struggled to find support because of the stigma surrounding mental health.

He added: When we set up the campaign not one celebrity wanted to join us, not one person wanted to help with the campaign because it was mental health

The Duke of Cambridge ended by saying he’s going to ‘use sport as a vehicle to smash mental health’ and work with male suicide more ‘because it’s one of the biggest killers of young men in the UK’.

He said: ‘Real progress is being made and we all need to keep the momentum going.’ 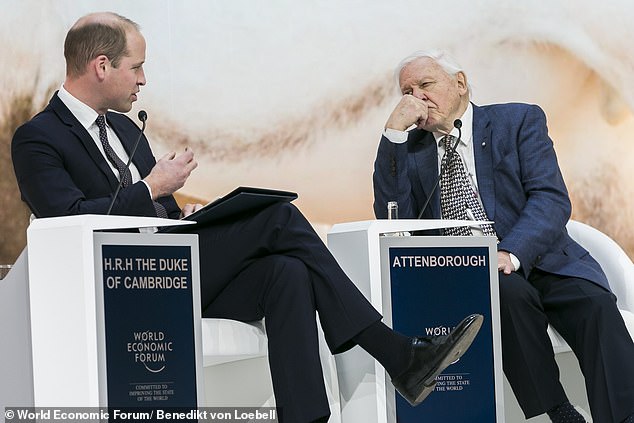 This is the prince’s final day in Davos, having touched down yesterday in order to interview veteran broadcaster Sir David Attenborough.

The Duke of Cambridge has described the Blue Planet and Dynasties narrator as having ‘the single most important impact in my conservation thinking’.

William today asked Sir David about his decades of work – and his message for the leaders watching them on stage.

Sir David, 92, warned of a climate ‘crisis’ and said: ‘Care for the Natural World – not only that – treat it with respect and reverence. We can wreck it all without even noticing and in the end we will wreck ourselves’.

William hailed the impact of Sir David’s programmes and said they had been ‘seen be literally billions of people world-wide’ and trailed his new show Our Planet, released on Netflix in April.

Trump says he 'could see' himself campaigning with Kanye in 2020
Hero judge CHASES two defendants who ran from the courtroom
Most billionaires are not gracious philanthropists but arch-conservatives 'obsessed' with less taxes
Meet the young women who travel for a living and the skincare brands they swear by
Suspected killer's cousin 'unknowingly helped move dead body after seeing suspect clean off blood'
Stargate SG-1 actor Carmen Argenziano dies at age 75
Like a Disney fairy tale: 4-year-old cancer survivor gets dream vacation after all
FEMA has wasted more than $3 billion by responding to minor disasters that states could have handled